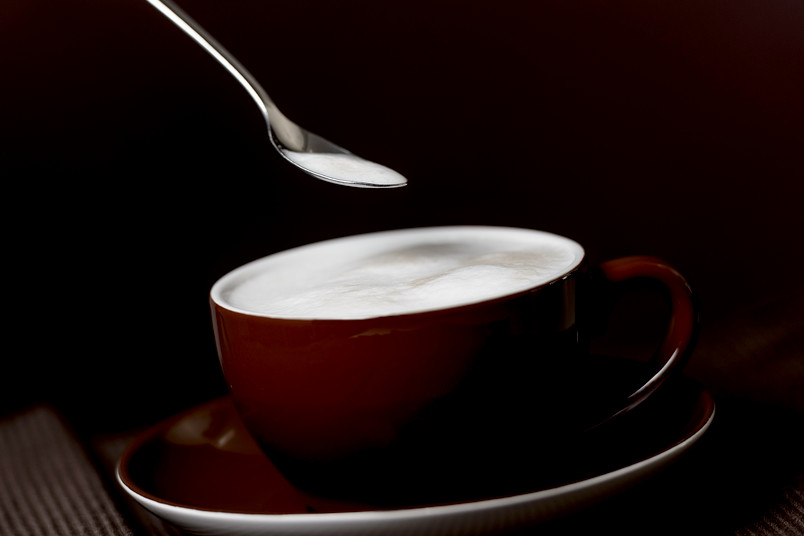 How do you froth milk to perfection?

Nowadays, every gas station offers coffeinated beverages with milk foam. However, not every coffee shop is able to make the perfect milk foam.

Cappuccino, milk coffee and latte macchiato – it's impossible to imagine today's menus without any caffeinated beverages with a frothy top. But not every coffee shop gets the froth just right. Why is that? Several parameters are relevant for the creation of stable froth, as Prof Dr Christian Herrmann and Semra Ince from the Chair of Physical Chemistry I tell the Rubin editor.

Milk is made up, for the most part, of water, fats and proteins. In order for milk froth to form, miniscule air bubbles must distribute in water. Surface tension causes the surface of a liquid to behave like a taut, elastic foil; this is, for example, why some insects are able to walk on water. Froth will only form, however, if the milk contains substances – so-called emulsifiers – that reduce surface tension. Emulsifiers may be proteins or specific fats, namely lipids.

Not too much fat, not too little

Accordingly, milk froth benefits from a certain fat content, because it is the fat that provides the froth-stabilising lipids. However, milk also contains fats of a different type, namely triglycerides. They present quite different properties.

Unlike emulsifiers, they “steal” the froth stabilisers, binding them to themselves. By accumulating like a mantle around triglycerides, proteins and lipids foster their water solubility. Milk with a high fat content will also contain many triglycerides. They compete with the air bubbles for the emulsifiers, thus interfering with milk froth production.

Frothing temperature is also relevant for the creation of the perfect milky crown. The proteins with emulsifier properties change their structure as temperature rises. It increases their capacity of reducing surface tension of water. At temperatures of over 60 to 70 degrees centigrade, the proteins clump, and their capacity for stabilising froth sinks.

According to Christian Herrmann, you'll get the best milk froth with fat-reduced, homogenised milk, as it provides the highest number of emulsifiers for froth formation. You should use cold milk and heat it as you froth, but not to a temperature over 70 degrees.