Students enjoy it most when they get to make things pop and burn in their chemistry lessons. But do they take away from the experiments what they are supposed to understand?

If you think about your chemistry lessons in school you should be able to recall one or two model experiments. They are a key part of many lessons. There is hardly any topic that does not have a model experiment to go with it. However, there has been very little research into teaching with and learning from them.

Prof Dr Katrin Sommer from the Chair for Chemistry Education at RUB aims to change this. Together with her team, she is researching to what extent model experiments facilitate high school students learning of the intended contents. The students are often asked to transfer knowledge. They have to recognise an analogy between the model experiment and the original.

The topic of “fires and firefighting” is part of the curriculum in the 7th grade in German high schools. Teachers like to use the example of the Rolandmühle (Roland Mill) in Bremen to show how an explosion is caused. A huge flour dust explosion occurred there due to a cable fire in 1979. The wheat flour was swirled up and formed a flammable mixture with the air. This is thought to have been ignited by a glowing cable.

A mixture of dust and air can explode when the dust consists of a flammable substance such as flour. The smaller the particles, the larger is their entire surface and thus the greater the risk of explosion. A spark can be enough to ignite the mixture. The Roland Mill in Bremen is just one example of this. Colour powder, which is often thrown into the air at holi parties, can also explode. It is especially dangerous when used in conjunction with pyrotechnics.

The accident can also be modelled with an experiment in a school chemistry lab. However, a glowing cable is not usually used as the source of ignition, but rather a candle. Furthermore, other powders are used instead of wheat flower. Sommer explains the reason for these changes: “Wheat flour becomes moist relatively quickly, and then the experiment won’t work.” The demonstration works much more reliably with other model substances. Lycopodium powder, corn flour and toner are possible options.

Toner instead of wheat flour

While pale yellow corn flour at least looks similar to wheat flour and has a similar name, black toner is far removed from the original substance both in terms of its name and its appearance. Sommer’s former PhD student Dr Henning Steff investigated in his doctoral thesis whether this has an influence on the connections students draw between model and original.

A total of 234 school pupils from nine grade-7 classes in North Rhine-Westphalia, Germany, took part in the study. The team tested them in the Alfried Krupp School Laboratory at RUB.

Carousel activity in the student lab

In the lab, the students first took part in a carousel activity, where they made five different experiments, including a dust explosion – with a newly developed piece of apparatus; but more about that later. A third of the students created the explosion using the original substance wheat flour, another third used corn flour, which looks similar to the original, and the final third used toner, which looks unlike the original. The remaining four experiments were identical for all the groups and were not included in the study analysis. 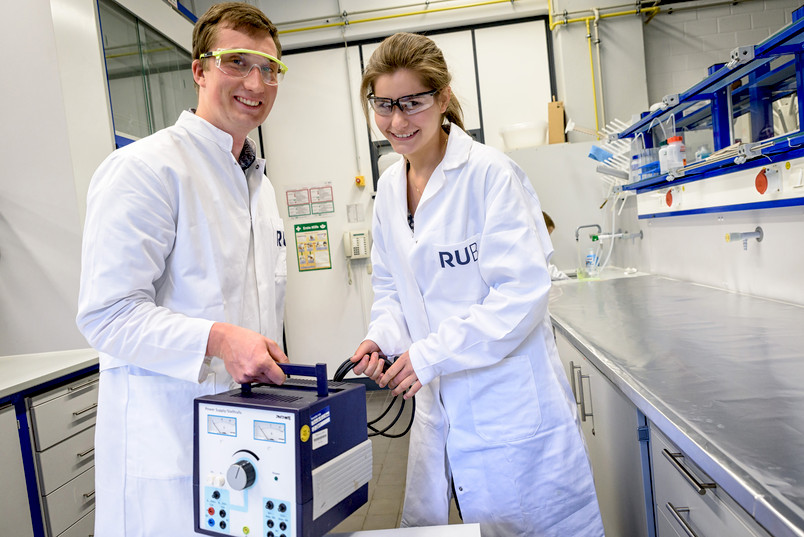 Thomas Philipp Schröder and Christina Toschka like to experiment in the lab – especially when they can pass on their knowledge to school pupils.
© Roberto Schirdewahn

Following the experiments, the pupils worked on two written tasks. During the first task, they saw photos of the five model experiments from carousel activity on one side and five short texts describing real situations on the other side. These included for example an accident or a technical process. The task was to match up the pictures with the situations.

Toner disturbs the transfer of knowledge

The more differences between the model substance and the original substance, the more difficult it was for the students to see the connection to the specific situation – the flour dust explosion. Does this mean that students have more difficulties learning from model experiments when the substances used differ too much from the original?

Your choice of substances depends on what you want to teach to your students.

“The answer isn’t one size fits all,” explains Christina Toschka, PhD student at Chair for Chemistry Education, who is continuing the studies into model experiments. “Your choice of substances depends on what you want to teach to your students.”

If a teacher demonstrates a model experiment with the original substance, the children can transfer it more easily to the specific event. “But if you want to teach pupils the general concept behind an explosion, it might be more of a distraction when the model and original substance are identical,” says Toschka. This assumption resulted from the evaluation of the second task, which the students completed in the school lab after the carousel activity. 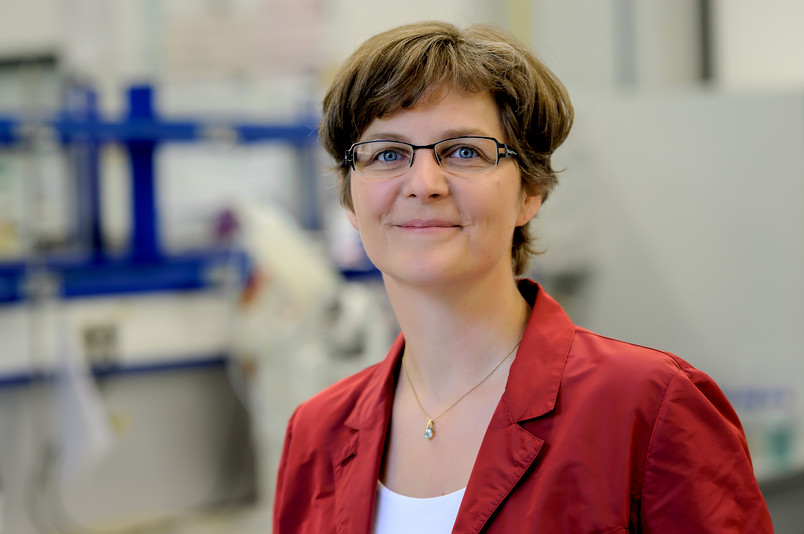 Additionally, the students were asked to describe in their own words how the explosion happened. There was a great variety of answers. One student wrote for example: “Maybe there are some kind of substances in the wheat flour and when these are heated and air is added, they burn.” Another answer was: “Once air was added, the corn flour swirled up and the wire started to glow.”

The researchers assessed the answers according to a precisely defined category system. For example, it was crucial whether the children had understood the concept of a flammable mixture of substances.

If the pupils performed the model experiment with toner, they had more difficulty matching this with the original substance wheat flour. Instead, the researchers assume based on the pupils’ answers that they may have acquired a more abstract concept of the mechanisms behind an explosion. Christina Toschka will look at this idea more closely in her research project.

We want teachers to become aware that they have to consider the desired outcomes of their model experiments.

The researchers do not want to propose any concepts concerning how this knowledge is to be incorporated into the lesson. Katrin Sommer explains: “The teachers have the expertise based on their experience. We want teachers to become aware that they have to consider the desired outcomes of their model experiments.”

To this end, the RUB team from the Didactics of Chemistry are providing something else that will be useful for lessons. Together with his colleague Thomas Philipp Schröder, Henning Steff developed a piece of apparatus that allows the dust explosion to be created reliably – with various sources of ignition and various substances. Whether wheat flour, toner or colour powder, the Bochum apparatus makes all of them explode.

The dust explosion can now be shown using any substance without any problems at many schools in NRW.

It is a very broad field. But you have to start somewhere.

The research into model experiments will also continue. Christina Toschka is already designing new studies that look at the perception of structural similarities between a model experiment and the original. “Naturally, we only have an initial, small research result at the moment,” says Sommer. “It is a very broad field. But you have to start somewhere.”