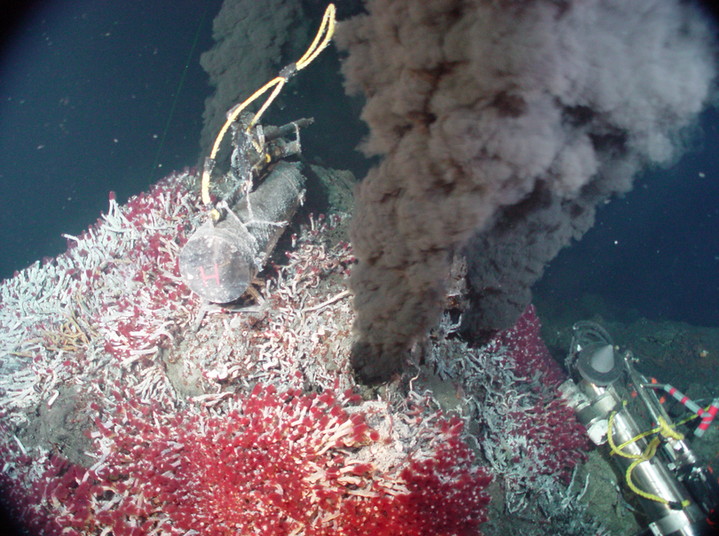 RNA molecules in the primordial soup could have been highly reactive

Not only proteins, but also RNA molecules could have contributed to important catalytic functions during the creation of life.

The working group led by Prof Dr Roland Winter from the Faculty of Chemistry and Chemical Biology at TU Dortmund University has investigated the influence of pressure on the reactivity of a ribozyme in collaboration with the theory group of Prof Dr Dominik Marx at Ruhr-Universität Bochum. Ribozymes are active ribonucleic acid molecules in cells that reinforce, i.e. catalyse, chemical reactions in a similar way to proteinaceous enzymes.

The scientists discovered that in the primordial soup – under the conditions in which life could have been created – ribozymes can be especially reactive. The work was published in the renowned journal Nature Communications.

Sidney Altman and Thomas Cech were awarded the Nobel Prize in Chemistry in 1989 for the discovery of ribozymes. Until this time, it was assumed that proteins exclusively possess catalytic activity in the cells. The discovery of ribozymes has had far-reaching effects, especially in the field of chemical evolution, i.e. the understanding of the creation of life, as they support the hypothesis of an RNA world. This world is based on ribonucleic acid (RNA) as the universal building block of information storage and for the catalysis of chemical reactions.

Life on Earth could have been created in hydrothermal springs and in volcanic environments in the deep sea, where inhospitably high temperatures and high pressures prevail. It was thus suggested to the researchers that these extreme conditions may influence ribozyme reactions. This is precisely what the scientists wanted to investigate in detail. They chose the hairpin ribozyme, which is able to cut itself to a usable length. This allows larger functional RNA units to be created.

By combining a range of experimental and theoretical methods, they were able to show that the actual reaction of the ribozyme, the catalysis step, can be dramatically accelerated by pressure. The results also show that the as yet little-researched parameter of pressure can be used efficiently to speed up biocatalytic reactions. Behind this lies great potential for biotechnological applications.

The work was undertaken as part of the research group FOR 1979 (“Exploring the Dynamical Landscape of Biomolecular Systems by Pressure”), funded by the German Research Foundation, and the Cluster of Excellence Resolv (EXC 1069). Its research aims to discover the limits of life under extreme conditions. The research group is investigating this by using various experiments and computer simulations to gain information about the structural, dynamic and functional properties of biomolecular systems under extreme conditions – conditions such as those found in the deep sea, in which organisms live at a depth of ten kilometres under pressures of 1.000 atmospheres. At the same time, the influence of the solvent environment of biomolecules is being investigated in terms of structure, reactivity and interaction, in order to thus better understand which solvent components can be used efficiently to stabilise biomolecules.