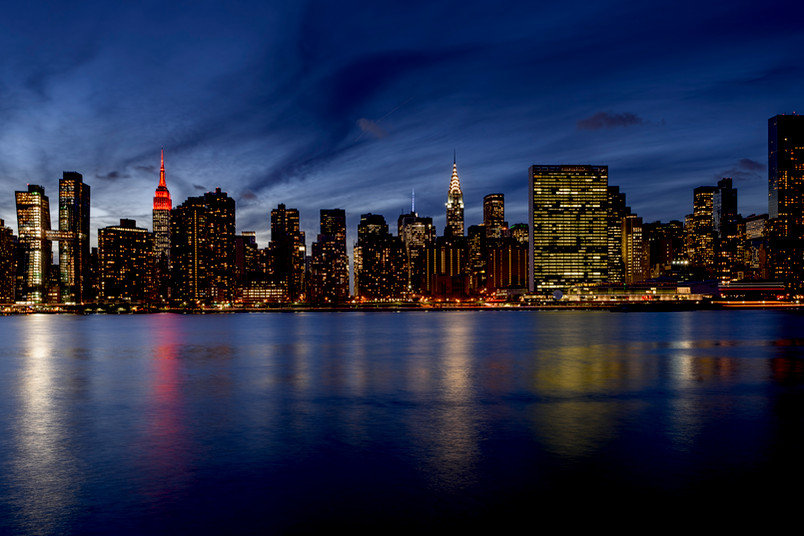 The ethnic groups living in New York have inscribed themselves into the city in different ways.
© Roberto Schirdewahn
America

Buildings, streets and shops are not the only things that change over time, people do too. Their sense of identity changes as much as their urban perceptions and dreams.

New York, the city that never sleeps. A vibrant metropolis with glitzy façades and apparently endless opportunities, often referred to as melting pot of the nations, the city of dreams. The Big Apple evokes an image in just about everyone’s mind. Living or working in New York has been a dream for many people. However, reality doesn’t always measure up to imagination and fiction.

Researchers at the three Ruhr universities study these questions under the umbrella of the Ruhr Center of American Studies, founded in 2010. They investigate transnationality and multi-ethnicity in US American history, literature and culture with regard to their global embedding and interconnectedness. The Center runs a graduate programme as well as a postdoc forum, and it promotes research collaborations on a number of different levels. 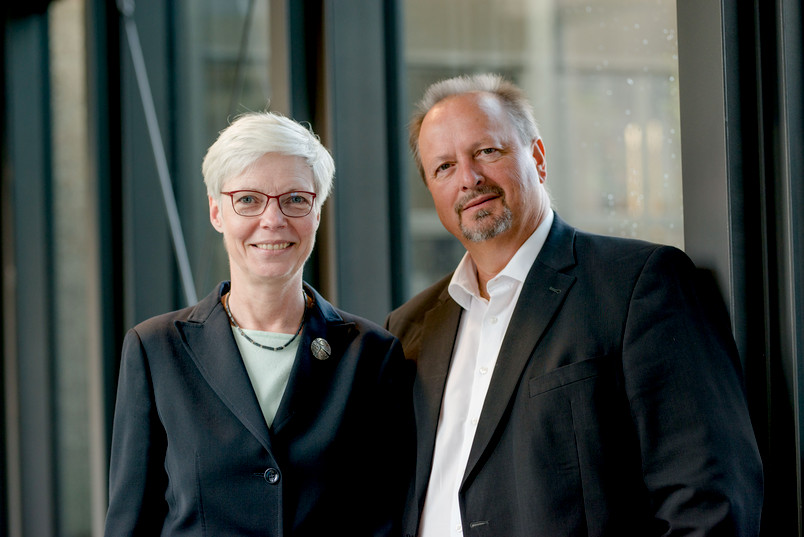 At the Ruhr Center of American Studies, Kornelia Freitag and Michael Wala collaborate with colleagues from the universities in Dortmund and Duisburg-Essen.
© RUB, Marquard

From 2012 to 2015, it ran the project “Urban Transformations in the USA – Spaces, Communities, Representations”, funded by Mercator Research Center Ruhr. The project united literary and cultural studies scholars, historians and social scientists. Its results are documented in a number of dissertations and an anthology.

Headed by Prof Dr Walter Grünzweig and Dr Julia Sattler, TU Dortmund University, as well as Prof Dr Jens Gurr, University of Duisburg-Essen, the researchers analysed how transformation processes in US American cities in the 20th and early 21st century have manifested themselves – in city maps, and regulations pertaining to urban hygiene, in newspaper articles and verdicts, in letters written by immigrants and historical novels. They also analysed how museums and other commemorative spaces are structured. The sources included private and official documents, historical records, as well as contemporary texts.

Urban transformation processes can be traced, for instance, in Chinatowns. Most famous are the ones in New York and San Francisco, but there are also Chinatowns in many other US cities. In her PhD thesis, Selma Siew Li Bidlingmaier, Ruhr-Universität Bochum, analysed the diverse and often controversial ways in which Chinatowns have been described in literature.

They were typical ghettos.

In the 19th century, Chinese immigrants arrived in America in large numbers, either attracted by the Gold Rush or to help building the Central Pacific Railroad. Initially, Chinatowns were places created to exclude non-white people, and that is how they operated. “They were typical ghettos where white urban America disposed of Chinese immigrants, who had initially been welcome as a labour force,” explains Prof Dr Kornelia Freitag, Ruhr-Universität Bochum, who supervised the dissertation. Chinese who came to New York had virtually no choice but to live in Chinatown, and it also was the only place where they were allowed to open their own businesses.

Even though there was no border fence between Chinatown and the rest of the city, public authorities and the police used a number of methods to seal off that district. Chinatown was criminalised and labelled as a supposedly uncivilised space. City maps and regulations emphasised the cultural otherness of those districts just as much as many literary texts. At the same time, this very otherness was alluring to many white New Yorkers. 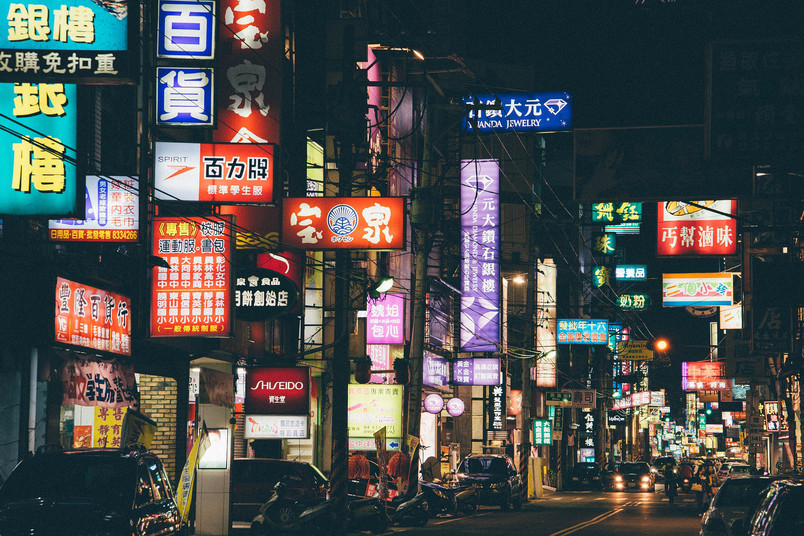 As far back as the 19th century, the exotic appeal of Chinatowns has fascinated people with a Western mentality and background. They have remained tourist attractions to date.
© Gemeinfrei

White literature promoted the myth of Chinatowns as places of secret desires, where the exotic Orient could be experienced in the very heart of the USA. Consequently, these districts became places of amusement attracting outsiders. Even though they were laid out as ghettos, and doubtlessly operated as such, as Bidlingmaier demonstrated, the inhabitants of Chinatown made it their own. Chinatown culture, she argued, has been discounted by researchers for too long. Today, when many Chinese Americans have long been living outside of Chinatowns, their ancestors should no longer be considered mere victims of white segregation but also as creators of their own unique culture, the roots of which originated in Chinatown.

Memorialising their own history has been an important project for the African American community in New York – an endeavour central to Tazalika te Reh’s dissertation project, supervised by Prof Dr Randi Gunzenhäuser, TU Dortmund University. While African Americans and slavery are mostly associated with the former South, African slaves were also first to build and live in some of the central districts of the city. A long lost relict of that era was unearthed in 1991 during construction of an office tower in Lower Manhattan: a cemetery dating back centuries. Relevant cartographic documents proved that the place had been an African burial ground. “The site was supposed to be filled up without much delay because the construction of the building had to continue as scheduled, and building ground in Manhattan is expensive,” explains Freitag. Yet the African American community opposed this obliteration of history, together with many other historically aware New Yorkers.

As a result, extensive excavations took place and the cemetery was carefully mapped before construction commenced. A small part of the premises has remained undeveloped, though. It holds a memorial to commemorate the place that had been lost once and was initially considered as not particularly important by city planners. te Reh focusses in her dissertation on these commemorative dynamics that are also expressed in the African Burial Ground National Museum and in other African American memorials in New York.

There was even a Little Germany.

An additional project, a dissertation by Insa Neumann supervised by Prof Dr Josef Raab, University of Duisburg-Essen, researches the rich German-American immigration history. In 19th-century New York, the German community was firmly established. “There was even a Little Germany,” Bochum-based historian Prof Dr Michael Wala, who acts as co-supervisor, underlines the public role of Germans in America. “All this changed in the wake of the World Wars. Already in 1917, it had become difficult for German Americans to show their Germanness in public.” In her PhD thesis, Insa Neumann particularly investigated in what ways they succeeded in maintaining their identity as German Americans during the late 1940s and the 1950s.

In the post-war period, no united German American community existed in New York; there were rather a number of scattered German groups, and their identity did not manifest itself in clearly defined urban spaces but rather in a number of shared rituals. Neumann identified three categories of occasions allowing people to commemorate their Germanness. Private events, such as family dinners where they spoke German and enjoyed German cuisine; semi-public occasions, such as church services or choir meetings; and public festivities celebrated German roots, such as “German Day,” when numerous clubs met for a procession, carrying flags and banners through New York, or the Steuben-Parade, introduced in 1957, and named after General Friedrich Wilhelm von Steuben, a Prussian officer who became a hero of the American Revolutionary War.

After the two World Wars, the German American identity never again gained the same level of visibility that it had enjoyed 70 to 80 years previously. Despite the wars, it was preserved and revived, and it contributed to the increasing diversity and socially as well as commercially motivated transformations in New York City.

The municipal politics of Los Angeles following the riots in 1992 was investigated by Bochum-based researcher Kathrin Muschalik, supervised by Michael Wala, and the global effects of US American urban transformation were examined by Erika Mikós in Dortmund as well as Utku Mogultay in Duisburg-Essen. Based on the very convincing results of these projects, the idea of a follow-up project for the next generation of PhD students at the Ruhr Center of American Studies emerged. It will revolve around “City Scripts,” a term “coined to encompass the prescription of city rules and regulations, the inscription of ethnic communities and other groups into the city, the scripting of urban plans, and the description of what a city looks like,” as Wala explains.

How do texts construct the city, and how does the city generate texts?

While the preceding project “Urban Transformations” primarily focused on how cities and their transformations are represented in texts, the new project addresses the way scripts affect real urban development and how they fit within its context. The crucial questions are: “How do texts construct the city, and how does the city generate texts?” says Freitag. The American Studies scholars will also draw parallels to city scripting in Germany, rather than restricting themselves to an analysis of US American urbanisation.

The new project, coordinated by Prof Dr Barbara Buchenau (University of Duisburg-Essen), will add extra value to the PhD students’ doctorates. Not only does it involve international experts as supervisors of the PhD theses but it also includes on the job training for the PhD candidates over the period of one year, for example in urban planning offices. Thus, the fruits of academic research will be practically applied and tested without any delay.