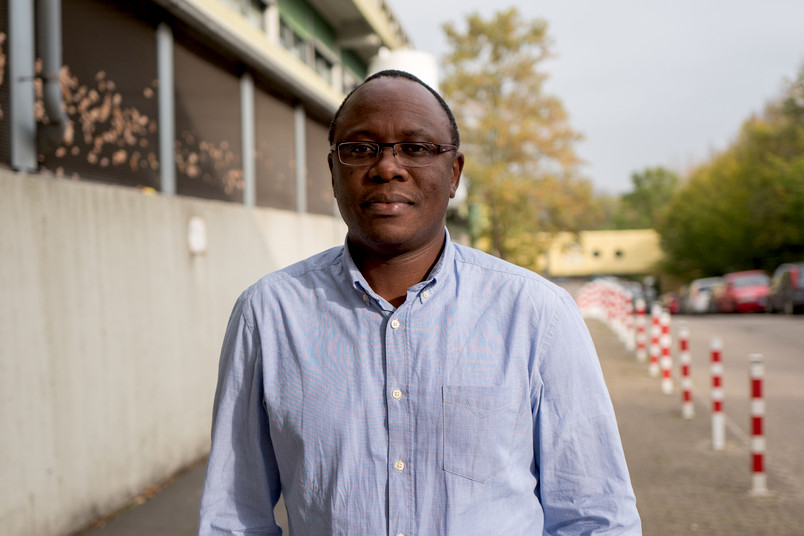 This Forum admits only the top scientists from Africa, and now RUB is also represented.

The “Next Einstein Forum” fellows announced in September 2017 are scientists whose research is considered to have the potential of solving some of the world’s greatest problems, in particular those present on the African continent. This was the second time that the fellowships were awarded to top African scientists. In total, the Forum admitted 16 new members; one of them is Dr Justus Masa, born in Uganda, who has been leading a research group at the RUB, Center for Electrochemical Sciences since 2014.

The African Institute for Mathematical Sciences set up the “Next Einstein Forum” in 2013, in collaboration with Robert Bosch Stiftung. The Forum’s objective is bringing together research, society and politics, in order to render science applicable for the benefit of humanity worldwide. The new Fellows admitted in 2017, all of whom younger than 42 years, are the second batch of researchers to be admitted to the forum and they will remain Forum members until 2019.

“When I was notified of the appointment, I reflected on what a difficult journey it has been for me, from very humble beginnings in a rural Ugandan village with every imaginable difficulty, to such a great recognition,” elaborates Masa “I am deeply grateful for the honour.”

There are many highly talented Africans who never make it into the spotlight.

“At the same time, the award also made me reflect on the disappointing side”, as the researcher points out. “There are many highly talented Africans – I have met many of them – who never make it into the spotlight, due to family problems, and because many countries lack a systematic structure for fostering talent. I was lucky to receive the right kind of support,” says Justus Masa.

The Forum honoured the fellows for their contribution to the development of innovative technological solutions, which could help tackle numerous global challenges: in the fields of healthcare, energy generation, education, agriculture, and combatting climate change. Justus Masa develops affordable catalysts and electrode materials at RUB, which might one day be deployed in fuel cells, electrolyzers for power to gas conversion, or modern battery systems.

Justus Masa studied Chemistry at Makarere University in Uganda. In 2012, he completed his PhD thesis at the Center for Electrochemical Sciences at RUB, which is headed by Prof Dr Wolfgang Schuhmann. Following a short research stint at Oxford, he returned to continue his postdoctoral research in Bochum, where he has been leading the research group of Electrocatalysis and Energy Conversion at the Center for Electrochemical Sciences since 2014. Masa has been involved in several patents and won the Rubitec Inventor Award in 2010, 2014 and 2016.