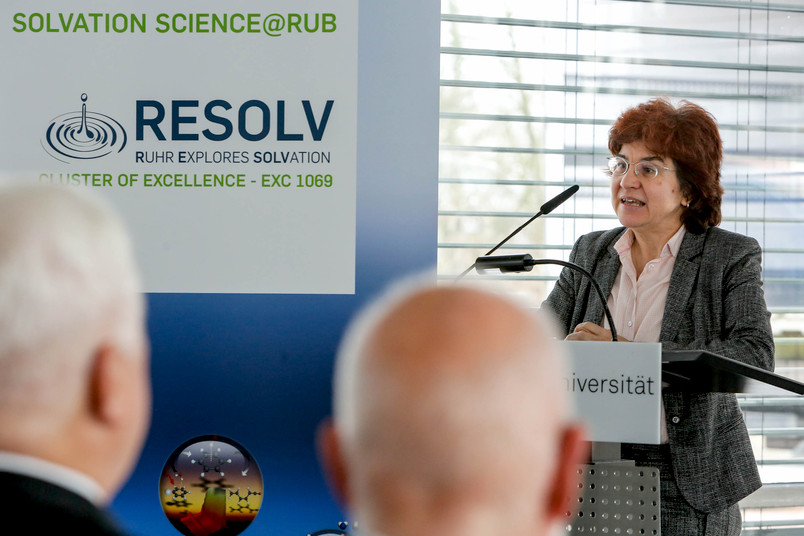 Resolv team from RUB and TU Dortmund together seeking funding

At the New Year’s reception, the team presented a proud record as well as the vision for the new proposal.

On Monday, 19th February, the Resolv team from RUB and TU Dortmund University looked back at their cooperation during the New Year’s reception at TU Dortmund: Since 2012, the Cluster of Excellence has already produced more than 700 publications, 155 of which are in high-impact journals. On Wednesday, 21st February, Resolv submitted the full proposal for new funding from the German Research Foundation (DFG).

Resolv is hoping for a further seven years of funding from the DFG. RUB and TU Dortmund are applying jointly. The multitude of publications demonstrates the research strength of the cooperation within the cluster: Around 120 of the total 700 publications involved at least two Resolv groups. Since the beginning, the team has received more than 90 awards, including twelve grants from the European Research Council.

“The journey into the new interdisciplinary research field Solvation Science began at RUB,” reminded Prof Dr Martina Havenith, Speaker at Resolv, at the New Year’s reception. “We have been working with our colleagues from TU Dortmund right from the start. Now, we face new scientific challenges together.”

Vision of the new application

At the event in Dortmund, Havenith examined the future vision of the new Resolv proposal. “We are bridging the gap between microscopic solvation concepts and macroscopic properties. This is essential in order to improve key technologies from green chemistry to bio-based artificial systems for chemical energy conversion,” said Havenith.

TU Dortmund is already a strong partner in the Cluster of Excellence. If successful, the focal area Solvation Science will be expanded in the next round by further professorships at the Faculties of Physics, Chemistry and Chemical Biology, as well as Biochemical and Chemical Engineering.

“With the additional professorships, we are enhancing the profile of the faculties with regard to Resolv. RUB and TU Dortmund are thus optimally complementing their skills as equal partners while also contributing structurally to the further development of the cluster,” explained the Rector of TU Dortmund, Prof Dr Ursula Gather. She wished all of those involved “every success for the new application round”. 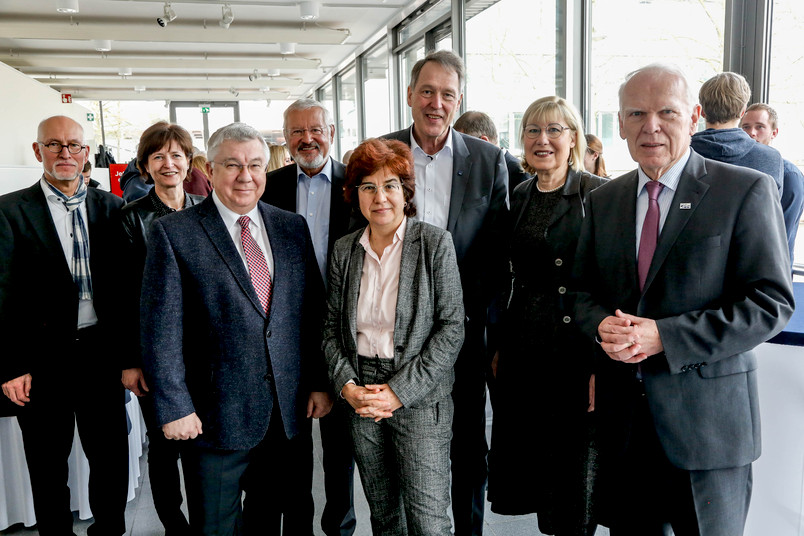 RUB Rector Prof Dr Axel Schölmerich also supported this sentiment and added: “The successful work of Resolv has characterised RUB in multiple ways. Besides establishing the field of research, it has also been possible to establish best-practice models to promote early career researchers and gain outstanding research personalities, and these models will now be developed further in partnership with TU Dortmund.”

88 clusters in the race

Since September 2017, the Resolv team has been drafting the full application for the Cluster of Excellence, which will be reviewed by an international committee in June 2018. In September, a commission involving the expert committee and the science ministers of the German federal and state governments will decide which clusters will receive funding in the future. Out of the 88 candidates, 45 to 50 Clusters of Excellence will ultimately be approved and receive a total of around 385 million euros per year. The funding begins on 1st January 2019.

Within the Resolv cluster – short for “Ruhr explores solvation” –, scientists investigate the role of solvents. In the cluster, experts from RUB and TU Dortmund work together with partners from the University of Duisburg-Essen (UDE), the Max Planck Institutes for Iron Research (Düsseldorf), Chemical Energy Conversion (Mülheim an der Ruhr) and Coal Research (Mülheim an der Ruhr), as well as the Fraunhofer Institute Umsicht in Oberhausen. The German Research Foundation granted Resolv 28 million euros for five years as part of the excellence initiative in June 2012. RUB is the coordinating university.