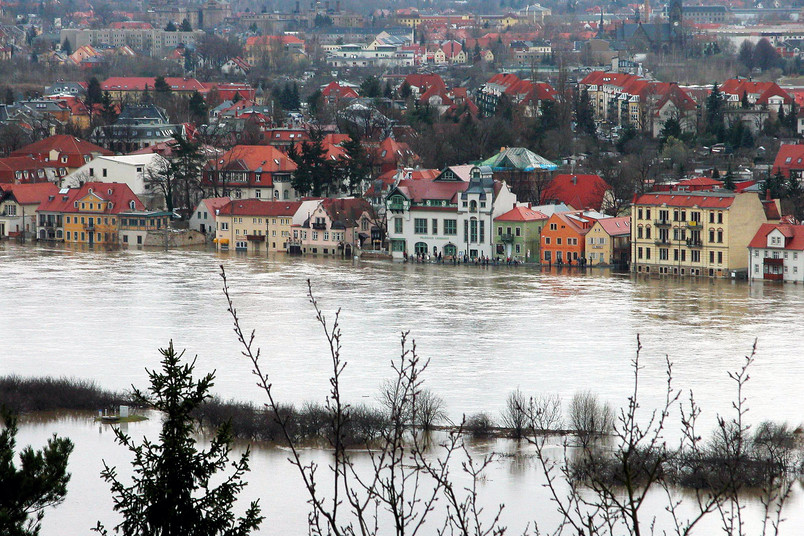 The last time that Dresden was flooded as badly as in 2002 was in 1845. And then the next extreme flood followed in 2013.
© Jörg Blobelt (CC BY-SA 4.0 from Wikimedia Commons)
Environmental engineering

Predicting the likelihood of floods

More and more rivers have been bursting their banks in Germany since 1993. Evidence of climate change?

Flooding in the Elbe region is by no means rare. Yet the extreme flood in 2002 hit the population largely unprepared. Houses, streets and bridges fell victim to the mass of water, the electricity supply and telecommunications services collapsed in some cases, villages were cut off from the outside world. The damage in Germany ultimately totalled 9 billion euros, some people even lost their lives in the flood.

In 2013, Central Europe was once again affected by extreme flooding, and the Elbe broke its banks again, too. Yet the damage in the upstream reach of the Elbe River in Saxony was far less than eleven years before. The State of Saxony invested in new flood protection systems following its experiences in 2002. The team led by Professor Andreas Schumann from the Bochum-based Institute of Hydrology, Water Resources Management and Environmental Engineering was involved in laying the foundations for this. “It became clear in 2002 that the statistical models for predicting extreme flooding events are no longer suitable,” he explains. Instead, extreme flooding was more likely than in the assessments done with this model. The Bochum-based hydrologists developed a new statistical model, which they have continuously further optimised ever since.

As part of a research group funded by the German Research Foundation, the Bochum engineers are investigating the causes of extreme flooding in Germany and thus improving the statistical methods. In their model, they distinguish between three types of flood, which stem from different causes: Heavy rain, which lasts one or two days; prolonged rain over four to five days; and snow-related flooding due to melting snow. 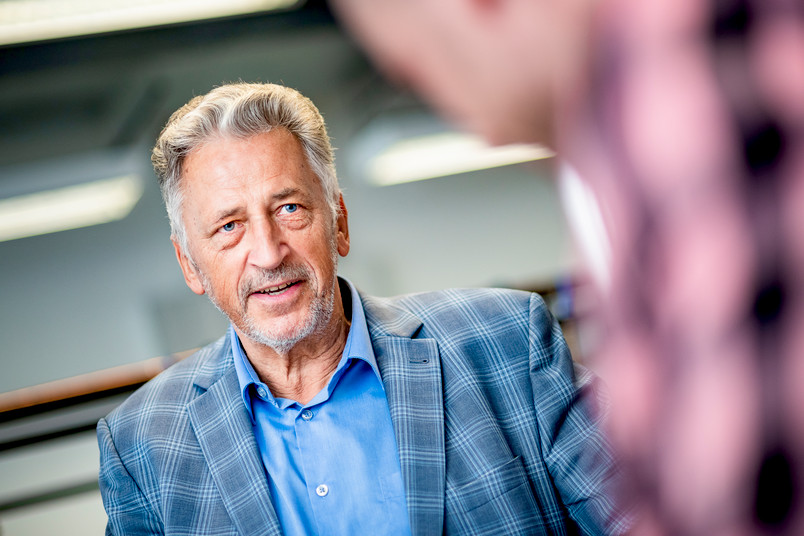 Andreas Schumann has been researching the topic of floods for decades and also applies his expertise within development cooperation.
© Damian Gorczany

The annual maximum values used to be analysed statistically, and so the statistical model did not distinguish between the three types of flooding. However, this is precisely what is required in order to estimate the likelihood of flooding. Brief, localised heavy rain can, for instance, cause rivers to break their banks in smaller regions, but not in larger regions. “The Rhine in Cologne can only cause flooding as a result of prolonged rain because local rain is balanced out spatially,” clarifies Schumann.

His group painstakingly calculated the three flood types for the new model. In doing so, the researchers looked back to the start of the observation series, which in some cases dated back 150 years, although generally between 50 and 70 years. They drafted a separate statistic for each type of flooding, which calculates the likelihood of such an event. As the basis, they received records of the discharges for certain rivers from the respective State Offices and set them in relationship  with meteorological data from the Deutscher Wetterdienst from the same time. They thus obtained statistics concerning which weather events cause what effects in the rivers and are able to derive statements on the flood risk for the future on this basis. The model fundamentally works for the whole of Germany, although it must be adapted to each region.

This is because the boundary conditions for each region are also important in order to make a statement that is as apt as possible. These include soil moisture, forestation, whether and how a region is used for agriculture or developed, and the relief of the region, which, for instance, determines whether there are steep or flat flood waves and how quickly the flood ebbs away.

The new statistical model is based on data for the river Mulde and small catchments in the Harz mountainous region. “We can now calculate how likely it is that a certain type of flooding will occur in any year,” summarises Schumann. However, the events are not distributed evenly over time. “There were floods on the Rhine in 1993 and 1995 that were both so severe that they should, in theory, have only occurred once in hundred years. But they were very close to each other in terms of time,” says the engineer. The Elbe floods in 2002 and 2013 are a further example of such irregularity. “Dresden was only flooded so severely once before, in 1845. Then it happened twice within twelve years,” says Schumann.

Together with meteorologists from Goethe University Frankfurt, the Bochum engineers are currently looking for an explanation for the chronological sequence of extreme events. The model is so far unable to take into account periods with a small or large number of floods. The cooperation partners also want to understand why certain regions often suffer from flooding together. Why do summer floods often occur on the Elbe and Danube together? Why is the Rhine region not usually affected at the same time? The researchers want to be able to answer such questions in the future.

There is naturally often the question of whether this is the result of climate change.

What is clear: Germany has been in a flood-prone period since around 1993. “There is naturally often the question of whether this is the result of climate change,” Andreas Schumann notes. “But the measuring sequences are so far not long enough to confirm such a connection. There were flood-prone periods in the past, too.” Trends, on the other hand, are emerging: Snow floods have become more rare, flooding due to heavy rain more frequent – although that is not currently statistically significant.

It is important to continually adapt the model so that it will also provide correct predictions in the future. After all, the limiting conditions change constantly, for instance due to the building of dykes. Although this reduces the risk of flooding in the region with the new protection system, as was the case in Saxony, it increases the risk in other regions. “The flood wave held back by the dykes in Saxony is passed on,” explains Schumann. “It then breaks out of the river bed in Saxony-Anhalt. And if improved flood protection systems have also been installed there, Brandenburg is next.”

Taking precautions when building your own house

According to the Bochum engineer, the best flood protection is still to not build on the floodplains of rivers – but that is hardly feasible. He recommends that every citizen should concern themselves with the topic of flooding. “People must become more aware of this problem,” says Schumann. “After the  floods in 2002 and 2013, the Federal Government paid for the damage, but that will not be possible in the long run. Those affected will be left with the costs.” Property-owners can take precautions in the form of insurance, although this is expensive – especially in high-risk areas. But they can also consider flood protection when constructing their property.

There is already a ban on oil heaters in particularly at-risk areas so that, in the event of damage, no water and oil mixtures can form, which cannot ever be removed from the houses again. However, there are very few such building regulations so far. “But even without laws, you can consider whether it is good to build the electrical installation in the cellar, install floor-to-ceiling windows and leave out the doorstep when living in a flood area,” says Schumann. He claims that no one is safe from flooding: “I always hear the argument: ‘I’ve been living here for 50 years and there has never been a flood like that’,” quotes Schumann. “However, that doesn’t mean that the region can’t be under two metres of water in two years’ time.”

In the event of a flood in the megacities of Africa, the number of people affected quickly exceeds all limits.

However, more than the flood risk in Germany, the engineer is driven by problems in other countries. “Germany has the capacity to deal with the economic damage after a flood,” he says. “In the growing megacities of Africa, floods can cause entire economies to collapse.” There is also the problem that the poorest settle precisely where the danger is greatest: slums tend to occur in river valleys where no expensive buildings would be built. “In the event of a flood, the number of people affected there quickly exceeds all limits,” says Schumann. The engineer retires in 2019. He then wants to get more involved in the development aid.