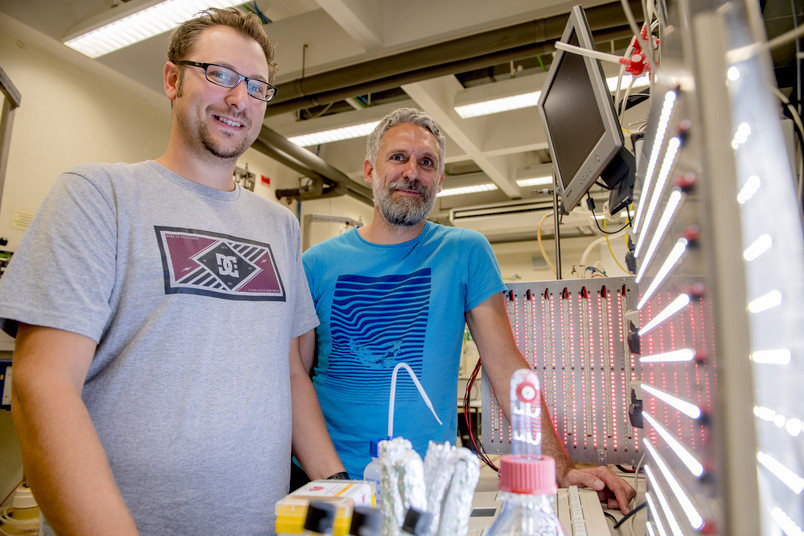 The semi-artificial system is constructed like a Lego box – which opens up a wide range of applications for the future.

“For the first time, we were able to develop a bio solar cell that directly generates a chemical energy carrier, in our case hydrogen,” summarises Dr. Adrian Ruff from the Bochum-based Center for Electrochemical Sciences.

The modular design of the system makes it easy to replace biological and chemical components so that other functions could also be possible. “Our molecular Lego box offers many possibilities for future applications,” says Associate Professor Dr. Marc Nowaczyk from the RUB Department of Plant Biochemistry. “It would be conceivable, for example, to produce liquid energy carriers based on carbon from climate-damaging carbon dioxide.”

The results are described by the Bochum researchers together with colleagues from the University of Cambridge in the journal Nature Energy, published online on 3 September 2018.