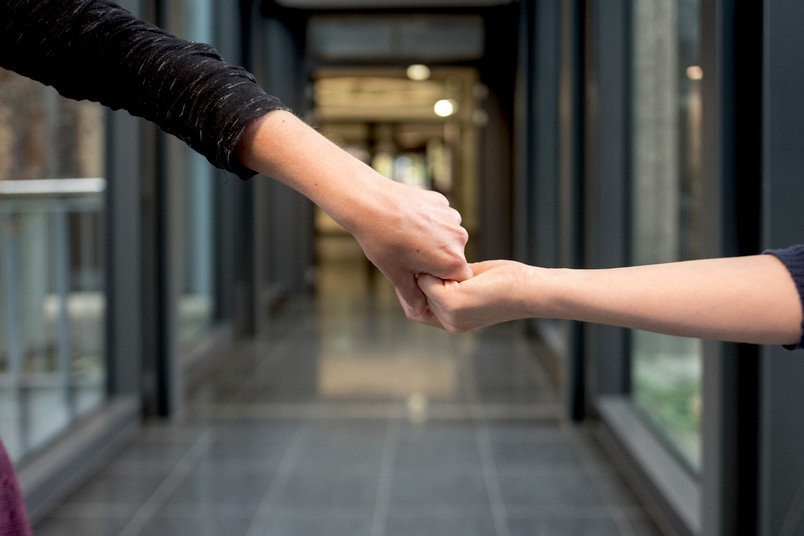 If mirror-image chemical molecules are to interact optimally with each other, it is important that the right forms meet – otherwise, it is as if a right and a left hand are shaking each other.
© RUB, Kramer
Chemistry

The interactions of chemical mirror images

Chemical molecules that behave like images and mirror images interact differently with other molecules. A new project is set to reveal more about their differences.

Bochum-based chemists are hoping to find out how strongly mirror-image chemical molecules interact with their interaction partners. They are concentrating on halogen bonds that molecules with a bromine or iodine atom can form. These interactions are currently being investigated in many areas of chemistry as design elements for functional molecules, such as modern catalysts and new materials or pharmaceutically active compounds. The work of the researchers led by Dr. Christian Merten from the Department of Organic Chemistry II is being funded by the Boehringer Ingelheim Foundation as part of the “Plus 3” programme with around 760,000 euros for three years. The project starts in November 2018.

Many molecules, such as amino acids and sugars, exist in two mirror-imaged spatial arrangements, but usually only one of them occurs in nature. “Biologically, the effect can be very different,” says Christian Merten, a member of the Cluster of Excellence Ruhr Explores Solvation, Resolv for short. “This is mainly due to the fact that the mirror-image forms interact with biomolecules such as enzymes in different ways.” 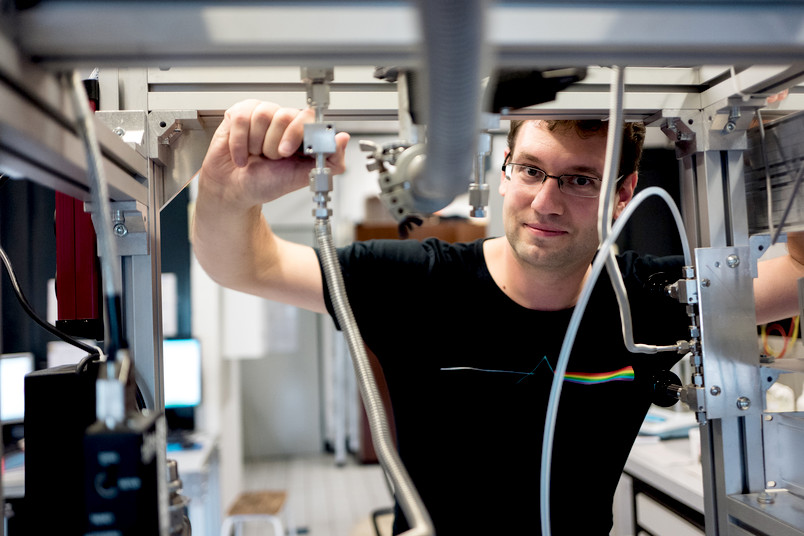 Christian Merten works at the Bochum Department of Organic Chemistry II and is a member of the Resolv Cluster of Excellence.
© RUB, Kramer

Chemists are therefore pursuing the goal of specifically producing one of the mirror-image forms and being able to precisely understand and predict its interactions with other molecules. The project by the Bochum-based researchers is mainly dedicated to the second aspect, the strength of the interaction.