Mountains extend not only upwards, but also downwards into the earth. Researchers use earthquakes to gain an idea of this.

The mountains of the Alps are enormous: they rise up to 4,800 metres high. But what we can see of them is far from everything: similar to icebergs, most of which lie under water, the Alps have a root that extends far into the depths of the Earth’s mantle. “The continental Earth’s crust and thus also the root of the mountains consist primarily of lower-density rocks, such as limestone, granite, gneiss or sediments. The underlying mantle consists of denser rock,” says Dr. Kasper Fischer, head of the RUB Seismological Observatory, describing the principle.

He and colleagues from all over Europe take advantage of earthquakes to find out what the Alps look like from below. The background is that earthquake waves propagate at different speeds in different types of rock. From their speed, conclusions can, therefore, be drawn as to the type and subsurface through which they must have passed.

In order to be able to measure this speed, the researchers in the European Alp Array project have set up a wide-ranging landscape of measuring stations covering the entire Alpine region. Around 280 existing seismometers were supplemented by around 320 additional mobile measuring instruments, so that earth movements can be monitored at 600 locations.

Packed in a container

“We received a plan with favourable measuring points from the project management and then looked for places that opened up measuring possibilities within a radius of one to two kilometres of these points,” explains Kasper Fischer. The most important factors were an adequate power supply and protection from the weather.

The seismometers, packed in a protective container and flanked by a computer and, if necessary, a battery, were installed in buildings such as waterworks, castles, schools and other public buildings. Some were buried in the high mountains due to a lack of infrastructure. 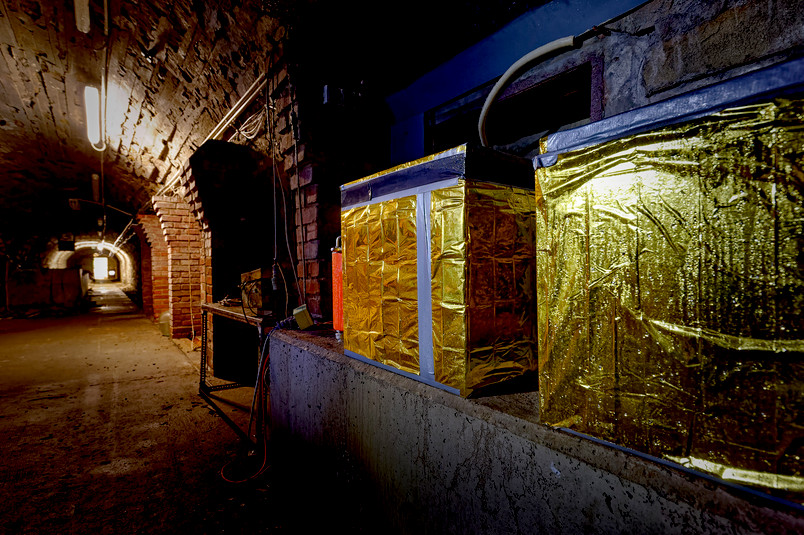 Each box contains a broadband seismometer that registers ground movements over a wide frequency range from 8 millihertz to 40 hertz. The golden packaging protects the instruments from temperature fluctuations.
© Roberto Schirdewahn

“Approximately twice a year, a technician visits the measuring points and makes sure that everything is in order,” says Fischer, whose Bochum team has set up and supervises ten of the measuring points in the Alpine region. After the start of the project in 2015, the dense network of measuring points was completed two years later. The data from the Bochum stations are transmitted to RUB in real time via the mobile radio network – monitors have been fitted to the wall in the corridor of the Institute of Geology, Mineralogy and Geophysics to enable every visitor to follow live whether and where earthquakes are happening in the Alps. All of the data from all of the measuring points are collected at central locations in Europe and can be made available to anyone who requests their use.

Then the waiting began – for earthquakes. “Smaller, evaluable earthquakes occur almost daily, larger events, of course, much more rarely,” says Kasper Fischer. Depending on where an earthquake originates, its waves sooner or later arrive in the Alpine region and run through the measuring network from different directions. An earthquake originating in Japan causes a wave pattern coming from the north-east, one in Greece from the south-west. For distant earthquakes, all measuring sites report ground movements almost simultaneously. Local earthquakes wander through the network of measuring points with a greater time delay.

“As a rule, we are not particularly interested in the surface waves of earthquakes, which cause the most destruction,” says Kasper Fischer. “We normally concentrate on sky waves.” These waves are spherical and originate from an earthquake, usually at great depth, and propagate through the Earth. They spread faster in the rock of the Earth’s mantle than in the Earth’s crust. They also run more slowly through the root of the Alps than through the surrounding rock. The close network of the Alp Array also allows the information contained in the surface waves to be evaluated in detail.

In order to trace the structure of the subsurface of the Alps, the researchers in the project evaluate the measured data of several earthquakes of different origins by superimposing them on top of each other on the computer. The crossing points of the waves create a virtual lattice structure of the Earth below the Alps, which extends to a depth of several hundred kilometres. 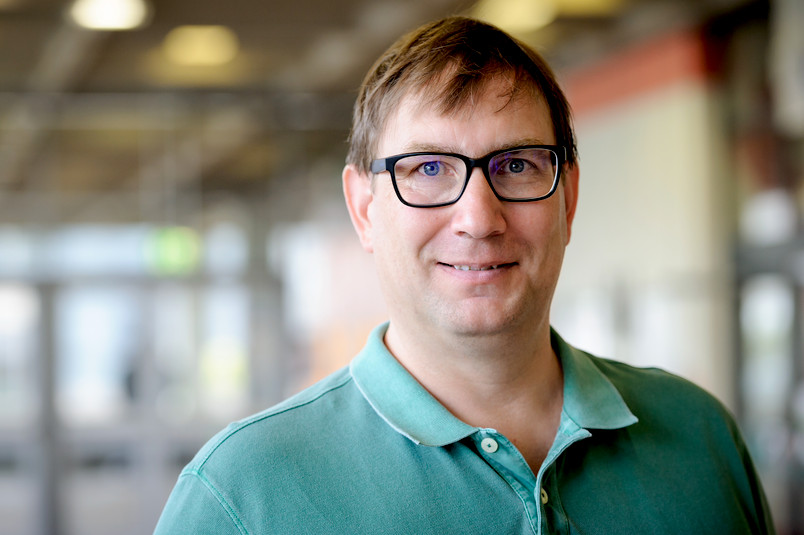 “We then compare the measured velocities of the earthquake waves with previously calculated expectations based on simplified models,” explains Kasper Fischer. Deviations from these calculated average values allow conclusions to be drawn about the actual subsurface. “We can thus assign slower values in a box in our grid to the Alpine root, faster values in a box indicate the surrounding mantle,” says Fischer. With this so-called seismic tomography, an image of the inner structure of the Alps and their roots gradually emerges, very similar to computed tomography of the human body in a hospital.

According to popular belief, Europe dives under the Adriatic Plate, but it’s not that simple.

In addition, the researchers involved in the project hope to gain insights into the dynamics of the continental plates of Africa and Europe, the collision of which led to the formation of the Alps. “According to popular belief, Europe dives under the Adriatic Plate,” explains Kasper Fischer, “but it’s not that simple. Maybe it’s the other way round, or it’s different in different places.” More knowledge about the subsurface in this region may also allow conclusions to be drawn about currents in the Earth’s mantle and the exact consequences of the movements of the continents.

The European initiative Alp Array is integrated into the priority programme 2017 “4D-MB – Mountain Formation Processes in Four Dimensions”, which is funded by the German Research Foundation. More than 50 institutions from 18 countries are currently involved.

The RUB Seismological Observatory observes seismic events in the Ruhr area and Ibbenbüren that are related to coal mining. Since the 1980s, it has registered over 14,000 such events in the Ruhr that were triggered by active mining.

How things will continue after the end of mining will be the subject of research in the coming years. In particular, the planned increase in mine water levels can be expected to cause quakes. However, most of them will not be noticeable and can therefore only be registered by sensitive instruments.

Current events can be seen online.