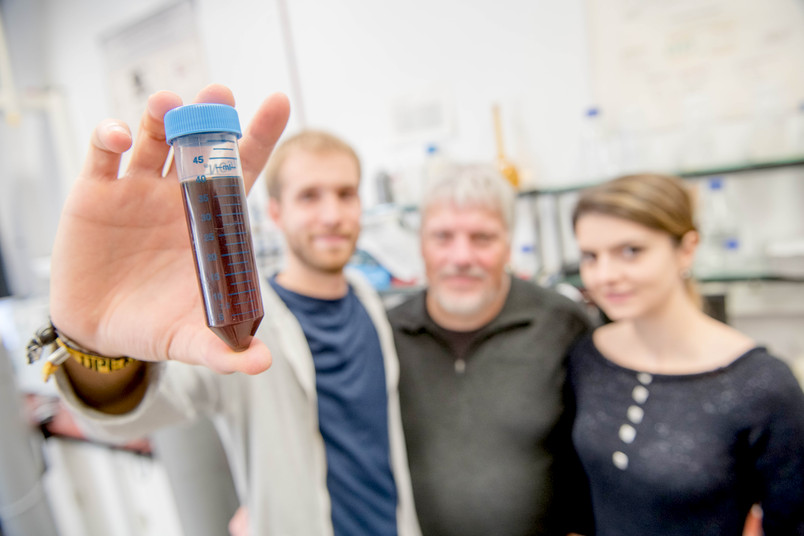 Researchers have given these metal particles in solution a special property.
© RUB, Marquard
Chemistry

In catalysis, nature is sometimes more efficient than artificial systems. Researchers have copied one of the tricks.

Natural enzymes have certain structural characteristics that give them particularly high catalytic activity. The trick: their active centres, where the catalysed reactions take place, are located in channels inside the enzymes, where the conditions for the reaction are particularly favourable. A German-Australian research team has transferred this principle to artificial catalysts. In tiny metal particles, they created channels in which a chemical reaction could take place. The reaction was three times more efficient inside the particles than on the surface.

The results are described in the Journal of the American Chemical Society, published online on 23 September 2018 by researchers from the RUB Center for Electrochemical Sciences and colleagues from the University of New South Wales.

According to the authors, the results show the enormous potential of nanozymes. They now want to test the concept with different chemical reactions and investigate the basics of increased catalytic activity in more detail. 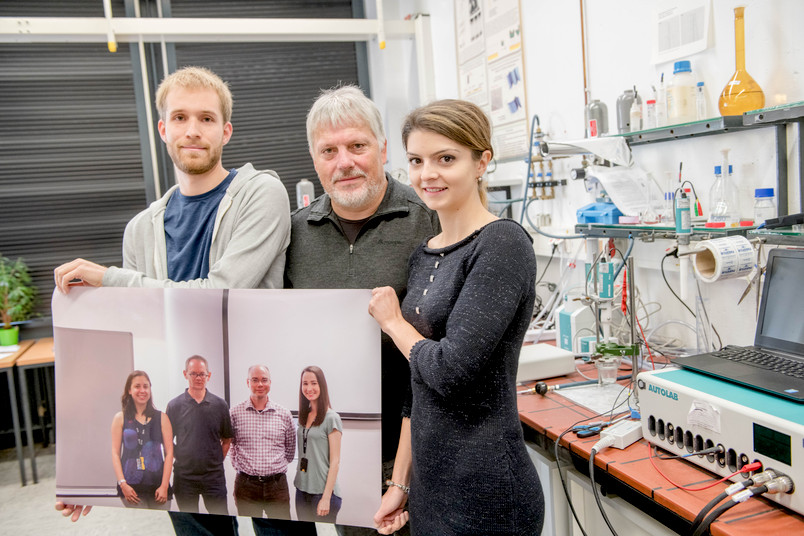 Patrick Wilde, Wolfgang Schuhmann and Corina Andronescu (from the left) with a photo of their Australian collaboration partners Tania Benedetti, Justin Gooding, Richard Tilley and Johanna Wordsworth (from the left)
© RUB, Marquard

“We would like to be able to imitate the way enzymes work even better in the future,” says Professor Wolfgang Schuhmann, Center for Electrochemical Sciences. “Ultimately, we hope that the concept will contribute to industrial applications in order to make energy conversion processes more efficient using electricity generated from renewable sources.”