Learning through the body

Students attending Antje Klinge’s courses don’t learn sport in the traditional sense of the word. Rather, they learn a lot about themselves.

Antje Klinge describes herself as a Faculty member who’s straddling the line. Professor Klinge, who heads the Teaching and Research Unit Sports Pedagogy and Sports Didactics at RUB, has an understanding of sports that differs from that of most of her colleagues. “In Bochum, the Faculty of Sport Science has a fairly traditional approach. Many associate sport with physical performance, an athletic physique and, first and foremost, with competitions,” she explains. All these elements are indeed important, but to her, sport encompasses much more than that. “The term sports has a much broader meaning; I prefer to speak of ‘motion’, or even of ‘playful moving actions’.” She’s not referring to playing games using specific techniques, but to movement without any boundaries and rules, such as can be observed in children – and for which one is never too old.

“Every human is a dancer”

Antje Klinge was never a top athlete; her profession is creative dance. It is influenced by art and considers the body as a sensory organ that humans can use to soak up sensations and to express themselves. Rather than specific styles of dancing, the decisive factors are improvisation and exploring one’s own scopes of movement and play. Students who have been pursuing competitive sports for many years often have reservations against such exercises – for fear of being clumsy and, in the worst case scenario, of embarrassing themselves. “Still, most of them realise soon enough that their concerns are unfounded. Some even really come into their own. In the words of dance theorist Rudolf von Laban: ‘Every human is a dancer’,” points out the researcher. 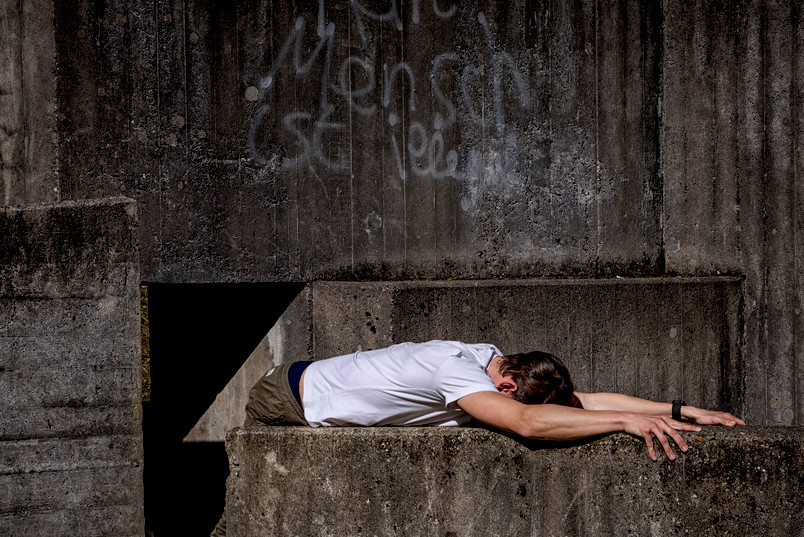 To Antje Klinge, sports means playful movement and doesn’t necessarily have anything to do with a chiselled physique or competitions.
© Roberto Schirdewahn

Her observations in the courses as well as in physical education classes at school have shown that dancing does something to humans: “Something happens to their identity. They present themselves differently than in traditional types of sport, more as individuals,” says Klinge. Antje Klinge wanted to learn more about this correlation between playful movement and the development of identity. She found answers to her questions in theories of education, of body phenomenology, and of body sociology. Educational science scholar Jürgen Baumert has defined four categories for how humans approach the world: the cognitive/rational, the religious/philosophical, the normative/evaluative, and the aesthetic/expressive approach; the latter includes physical expression, namely experiencing the world through the body. None of these approaches can be replaced by any of the others. Consequently, an individual doesn’t become a competent participant in society merely by accumulating rational knowledge; rather, the process of learning is also based on physical experiences and perceptions. This is the only way how humans can appreciate the world in its multiperspectivity with all their senses. “I realised that the body plays a significant role as an instrument of education. When we make new experiences through our body, we might at first do a double-take; but then we accept that we have to relearn and assume new perspectives,” says Antje Klinge. Her objective is to visualise this concept to her students.

Why just run around in circles?

The first step is to move differently in a gym than one would usually do. “When I ask students to warm up at the beginning of class, almost everyone automatically starts running anticlockwise in circles. I then explain to them that it doesn’t have to be like that. There’s no reason for it whatsoever. They can just as well run clockwise or backwards, zig-zag through the gym, or cross it any way they like”, says Klinge, who is certain that even this simple exercise activates educational processes. Such exercises culminate outside the gym, in the middle of campus or in the city, when participants in the seminar “Cultural Education” explore their environment through their body from new, unfamiliar perspectives. This may involve the men and women contorting around concrete blocks, sticking their heads into cubby holes, or crawling into lockers in the library .

The space itself, too, can trigger unlearning processes. Everyone has probably experienced losing their stride when climbing stairs with an unfamiliar stair tread. The effect of such perception exercises is always: “You don’t just learn something about movement, but also something about yourself and the world,” outlines Antje Klinge. 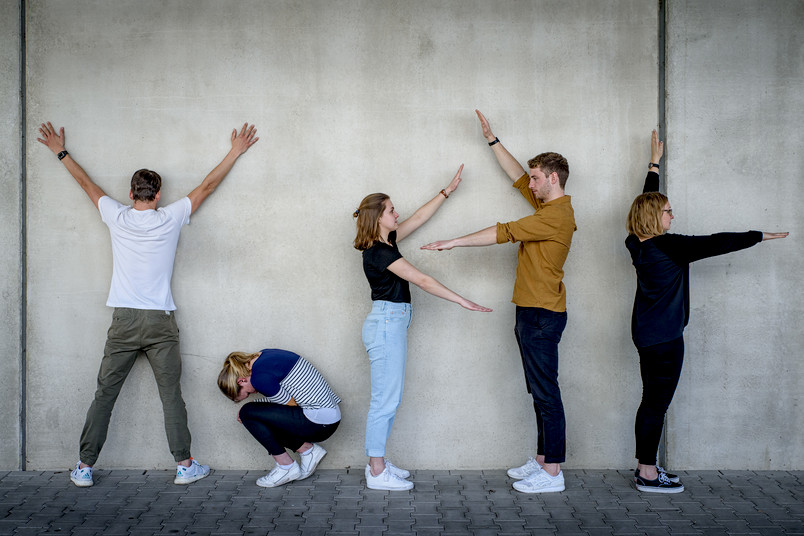 Mind follows body: anyone who assumes an unusual position will get new ideas.
© Roberto Schirdewahn

Entrenching this multiperspectivity in her students’ heads and bodies is important to Antje Klinge – especially when it comes to teacher training. This is because the role of physical education (PE) teachers-to-be won’t be that of coaches, but that of educators who teach movement, play, and sports. “PE teachers have a dual function,” explains the professor. “On the one hand, they are supposed to enable children to explore extracurricular movement culture independently, i.e. play sports; on the other hand, the children are meant to have the opportunity to develop their potential and to explore their movement abilities.”

Creative dance is exceedingly well suited to do just that, but all other forms of movement and types of sports can be used, too. “Sport is not set in stone, its rules can be changed,” states Klinge confidently. Football might, for example, be played with four goals and three balls, a foul could be replayed – and therefore visualised – in slow-motion, or a “seeing-eye” student could lead a blindfolded one across an obstacle course without speaking. “Exercises such as these question the obvious and encourage students to assume new, different perspectives and to rethink them,” concludes Klinge. 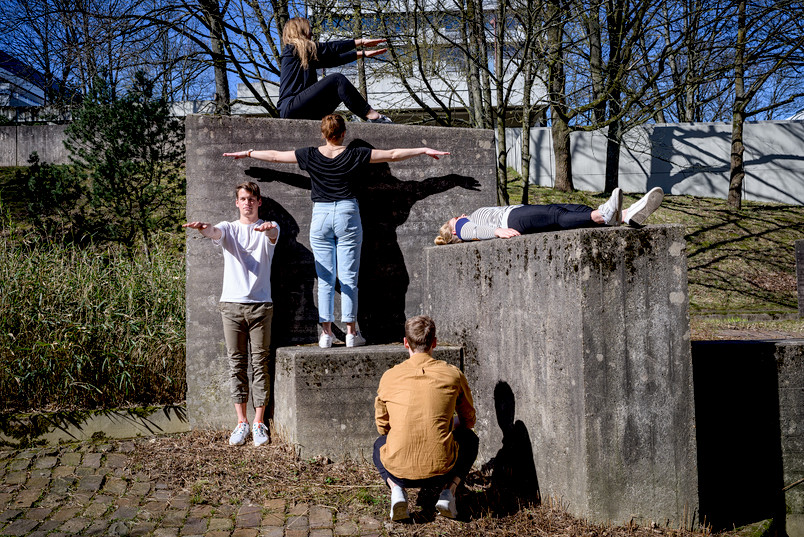 Humans don’t just learn with their heads, but also with their bodies. This is the only way how they can appreciate the world in its multiperspectivity with all their senses.
© Roberto Schirdewahn

However, students often ask their teachers for traditional sports; Antje Klinge experienced this herself when she worked as a teacher. And many teachers comply – either because they consider themselves athletes and understand the desire to compete against others, or because they find it easy to grade performance. Antje Klinge intends to combat this phenomenon with her courses and seminars, and she is banking on the potential of learning through the body.