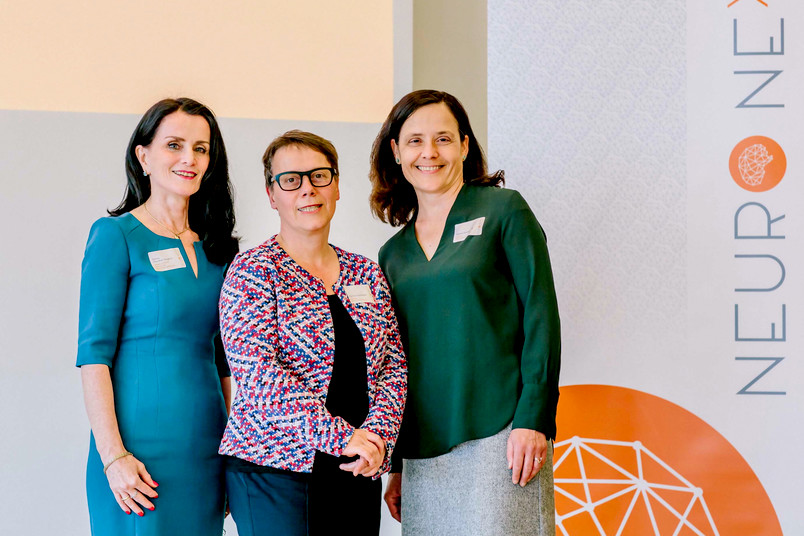 The network aims to raise the international visibility and facilitates networking with female researchers.

At RUB, a new worldwide network for female researchers in neuroscience has been launched. The digital platform “Neuronexxt – Network for Women in Neuroscience” aims to raise the visibility of women in this research area and shall provide a tool to find female experts for neuroscientific topics.

“Neuronexxt will serve as a valuable tool for all those who wish to identify and network with female neuroscientists in the context of professional appointments, conference speakers and collaboration partners,” says founder of the platform Professor Denise Manahan-Vaughan at the launch event of the network on 9 April 2019 at the Veranstaltungszentrum, to which she and Chancellor Dr. Christina Reinhardt had invited to. Manahan-Vaughan, head of the RUB Department of Neurophysiology, launched the initiative as part of Collaborative Research Centre (CRC) 874, of which she is speaker. Around 70 invited female neuroscientists from the national and international scientific community came to the kick-off meeting. The establishing of the platform was financed with equality funds of the RUB.

“Women are still underrepresented in many areas of science, including neuroscience,” explains Manahan-Vaughan. “The higher the level within the scientific career ladder, the lower the proportion of jobs that are occupied by women.” One of the reasons for this is, according to Manahan-Vaughan, the low visibility of female researchers.

Neuronexxt is aimed at women at all stages of their career: everyone from postdoctoral researchers to experienced female scientists can showcase their qualifications, competencies and research interests in the system. In addition, anyone who wishes to fill a professorship or another position, is looking for a speaker for a conference, or simply wants to connect with other professionals can use the network for research.

“With the help of Neuronexxt, we aim to facilitate gender equality measures and in particular help female researchers advance to the highest levels of science,” adds Dr. Sabine Dannenberg, coordinator of CRC 874, who helped shape Neuronexxt from the beginning.