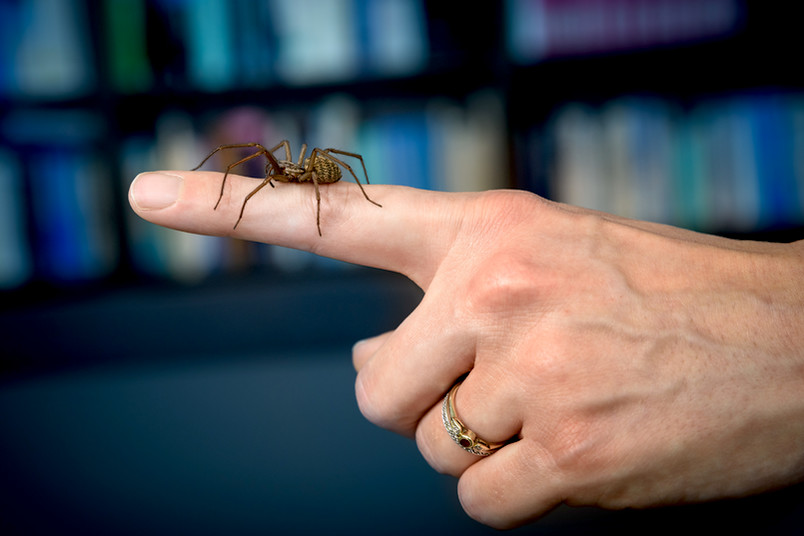 When the fear of spiders or heights gets so extreme that it interferes with everyday life, it  makes sense to undergo cognitive-behavioural therapy. The approach works quite well, and it could become even more efficient.

Many people feel rather queasy at the sight of a spider. Not to mention that they avoid actually touching arachnids – despite the fact that fear of spiders is irrational in most parts of the world today; in Germany, for example, there is no species of spider that could do any serious harm to a human. Still, some people suffer from an extreme fear of spiders. Researchers at Zentrum für Psychotherapie (psychotherapy centre) at Ruhr-Universität Bochum are exploring ways of treating phobias in an effective and sustainable manner.

A tried-and-tested approach is exposure therapy, where the patient is exposed to the anxiety source under therapeutic supervision. “Exposure therapy works really well and is more effective for the treatment of phobias than drug therapy,” says Professor Armin Zlomuzica from the Department of Clinical Psychology and Psychotherapy. “But there’s still room for improvement.” This is because not all treated patients benefit from this approach to the same extent. Consequently, the Bochum-based group researches how the therapy could be rendered more effective, using the extinction learning model for the purpose. It is based on the assumption that the phobia is at least partially learned.

Learned fears can be easily reconstructed with healthy participants in conditioning experiments: they are presented with a neutral stimulus, for example an abstract pattern, followed by an aversive stimulation, such as an unpleasant electric shock. After a while, the participants learn to associate the image with aversive stimulation. If the image is subsequently displayed without the electric shock, the test participants learn that it’s no longer necessary to be afraid of it. Exposure therapy is based on exactly these mechanisms of so-called extinction learning.

“Various studies have shown that extinction can be facilitated in healthy individuals by administering a drug, namely the stress hormone cortisol,” says Armin Zlomuzica. Positive effects of the therapy have also been demonstrated in initial studies with patients. In these studies, the patients always took the drug before the intervention. The psychologists from Bochum have now tested what happens if cortisol is administered after the therapy. Their idea was that they would be able to use the pharmaceutical agent after a successful exposure to the trigger, thus promoting only positive therapy outcomes; that much said, Zlomuzica points out that there are no definitive criteria for when a therapy was successful and when not.

The researchers tested this theory in a group of approximately 50 individuals with severe arachnophobia. Half of them were administered a cortisol tablet following exposure therapy, the other half were given a placebo. Before and after exposure, the researchers recorded the severity of each participant’s fear of spiders. To this end, the patients assessed their own fear subjectively; in addition, a behavioural approach test was performed, in order to gain an objective measure of each patient’s phobia.

Some people are unable to approach the terrarium closely enough to get a detailed view of the spider.

In the process, a therapist presents a spider in a terrarium and asks the patient to get as close to it as possible. “Arachnophobics are, for example, afraid to place their hand against the glass from the outside, even though they can’t possibly touch the spider that way,” elaborates Armin Zlomuzica. “Some people are even unable to approach the terrarium closely enough to get a detailed view of the spider.” 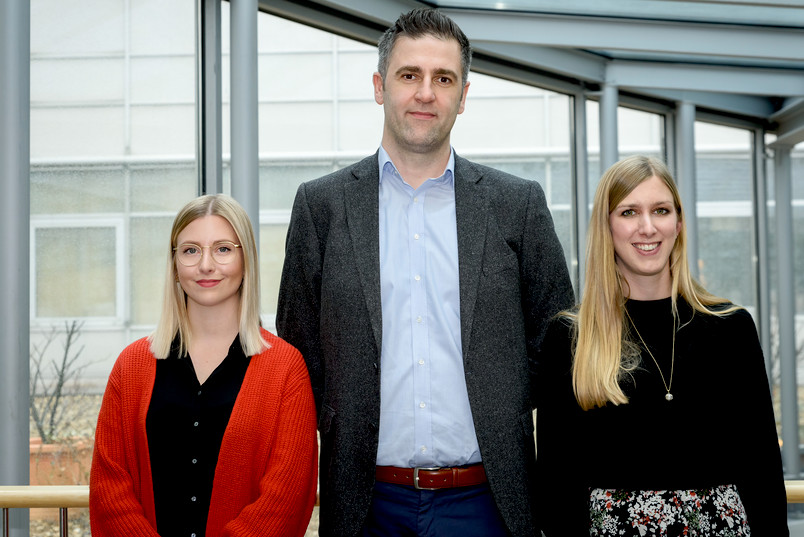 Immediately after therapy, most of the patients were able to approach the spider more closely than before. “They may, for example, dare hold their hand into the terrarium or even let the spider crawl on their arm,” explains Zlomuzica. However, his team is primarily interested in the long-term effects of the intervention.

This is why the psychologists repeated the behavioural approach test – one month and six months after exposure therapy and in two different contexts: in the room where the therapy had taken place, and in a different room with a different terrarium and a different supervisor.

Context is the key

“That’s because extinction learning is often associated with context effects,” as Zlomuzica explains this approach. This means patients are not always able to transfer what they have learned into a different context. “In such cases, patients might be less afraid of spiders in the room where they have experienced exposure,” continues the therapist. “But when they spot a spider while fetching a bottle of wine at home, the extreme fear is back.” The objective of the treatment is to eliminate the phobia in general, regardless of where the patients encounter an arachnid.

And it turns out that cortisol impedes this process. “Our study has shown that the learned behaviour was much more strongly linked to the context following the application of the drug, which is not what we want in the long term,” explains Armin Zlomuzica. Patients who were administered cortisol were more likely to relapse when they encountered a spider in a different context. Thus, the application of cortisol after exposure therapy appears to have adverse effects for the patients. “This, too, is a valuable insight,” points out Zlomuzica. “We are now going to conduct further experiments in which we administer the drug to the patients before exposure takes place.”

At the same time, his team is studying other approaches without any intervention through medication. The group from Bochum has for example demonstrated in healthy test participants that increased self-efficacy can facilitate extinction learning. “Each individual has a perceived self-efficacy,” explains Zlomuzica. “This means: our belief in our innate ability to cope with a task or a challenge in certain situations.”

People with anxiety disorders expect that they won’t be able to handle a triggering situation; their subjective perceived self-efficacy is low. Working with individuals suffering from a fear of heights, the researchers analysed if boosting the patients’ self-efficacy has any beneficial effects for the therapy. To this end, they asked the participants after exposure therapy to specifically remember the experience they’ve coped with.

Remembering the disaster that wasn’t

The exposure therapy took place in a virtual reality environment, where the participants had to climb the Oberhausen Gasometer. In order to verify the efficacy of the virtual intervention, the therapists subsequently walked up a real church tower with their patients. 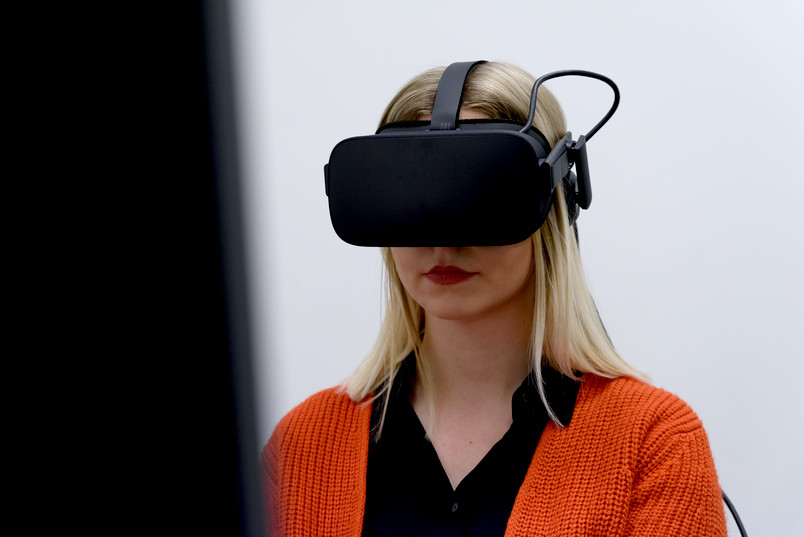 Virtual reality, too, is used at Zentrum für Psychotherapie – for example to treat fear of heights.
© Roberto Schirdewahn

“Prior to the intervention, the patients assume that their exposure to altitude will end up in a disaster,” stresses Zlomuzica. “However, contrary to their expectations, there is a positive outcome; they experience self-efficacy.” The therapists stress precisely this expectation that came to nothing in the best possible way, thus boosting self-efficacy. This, in turn, ensures that patients benefit from the therapy in the long term.

Both studies are embedded in a large research network, namely Collaborative Research Centre 1280 at RUB, which will be exploring many as-yet unchartered facets of extinction learning in the next years.