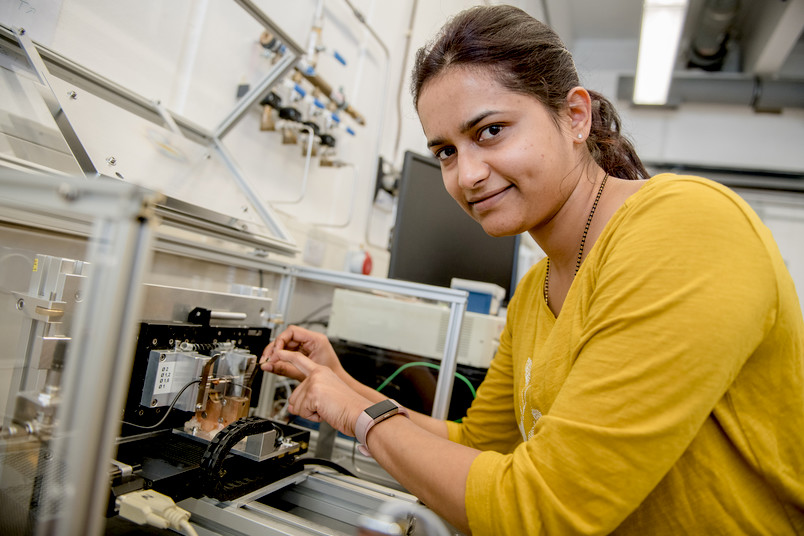 Particle at the stick

Since they are so tiny, it is difficult to investigate single nanoparticles. However, this is exactly what researchers are aiming for in order to tailor their properties. For that purpose, they came up with a trick.

Nanoparticles can be used in many ways as catalysts. To be able to tailor them in such a way that they can catalyse certain reactions selectively and efficiently, researchers need to determine the properties of single particles as precisely as possible. So far, an ensemble of many nanoparticles is analysed. However, the problem of these investigations is that the contributions of different particles interfere, so that the properties of individual particles remain concealed.

Researchers of RUB, University of Duisburg-Essen and Technical University of Munich describe a new method to observe single nanoparticles before, during and after an electrochemical reaction in the journal “Angewandte Chemie“ from 16 April 2019. “For this purpose, we have created the particle at the stick,“ explains Professor Wolfgang Schuhmann, head of the Center for Electrochemical Sciences.

The researchers grew a catalyst nanoparticle at the tip of a carbon nanoelectrode, subsequently activated it and used it to catalyse an electrochemical reaction. They analysed changes in its shape and chemical composition after each step.

The nanoparticle performed excellently and reached turnover rates, which are comparable to industrial electrolysis devices. “However, for us it was even more important to see that the nanoassembly of electrode and particle was stable enough for a follow-up examination after catalysis,” says Wolfgang Schuhmann. 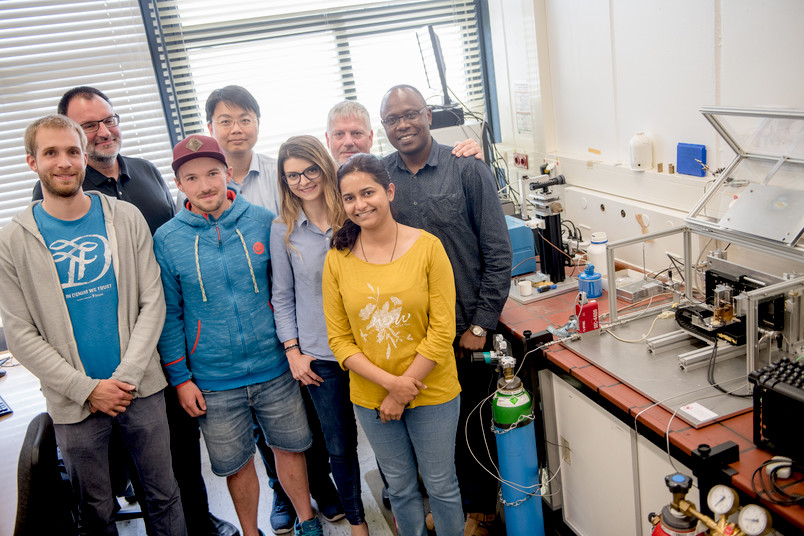 The researchers could not only determine the catalytic activity of an individual nanoparticle with their methodology, but they could also monitor its shape and chemical composition throughout the entire lifecycle – completely without the interference of any other particles.