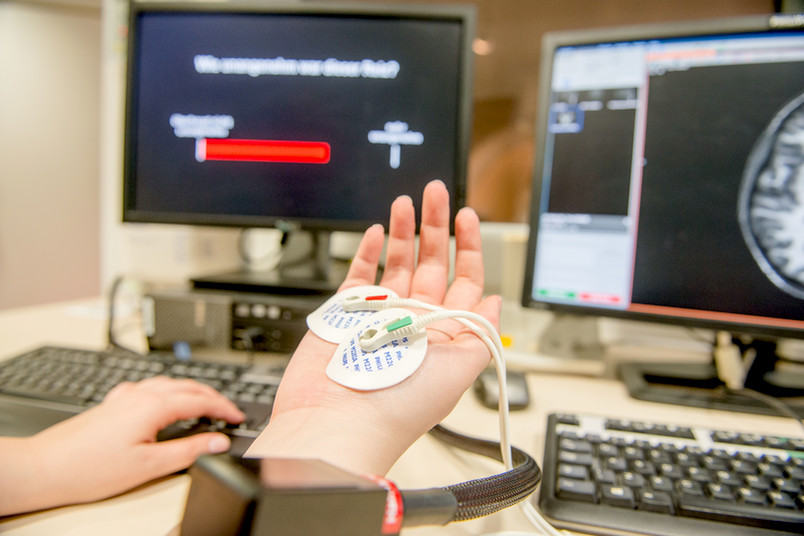 The purpose of the research building is to facilitate an even closer collaboration between the disciplines – in this case neuropsychology.
© RUB, Marquard
Research Building Think

Important milestone on the path to University of Excellence

The planned research building has been awarded the highest rating by the the German Council of Science and Humanities.

The German Council of Science and Humanities is in favour of funding the new research building Think at RUB. Among all submitted application, Think has achieved the highest rating in Germany. The final decision will be made at the Joint Science Conference, scheduled for June 2019. For RUB, this is an important signal on its path towards University of Excellence.

“The planned research building and the associated research field Neuro-Mind are exemplary of our overall strategy Creating Knowledge Networks, based on which we are currently applying for the title University of Excellence – with Neuro-Mind as one of our key application measures. By ranking Think so highly, the decision-makers have also demonstrated their appreciation of our overall strategy on the path to University of Excellence,” as Rector Professor Axel Schölmerich comments on the funding recommendation.

The Centre will be conducting interdisciplinary research on the neuronal mechanisms of cognition, developing artificial and hybrid cognitive systems, and analyse the interaction between humans and technological systems in the working environment of the future and in neurorehabilitation.

Last but not least, the German Council of Science and Humanities has commended the outstanding social relevance of Think. Its findings may, for example, have far-reaching impact on the working environment of the future, which is already undergoing radical changes following the interaction of human and artificial intelligence. More often than not, such complex challenges can only be solved through the integration of several scientific disciplines – for example in order to analyse the social impact of new technology.

With its “Creating Knowledge Networks” strategy, Bochum draws upon its exceptionally broad range of scientific disciplines. In knowledge networks, RUB brings individuals and teams together across disciplinary, organisational and physical borders, in order to develop, share and apply new knowledge. RUB is thus capable of reacting flexibly and systematically to current and future challenges. The interdisciplinary approach of Think is therefore characteristic for RUB’s strategy.