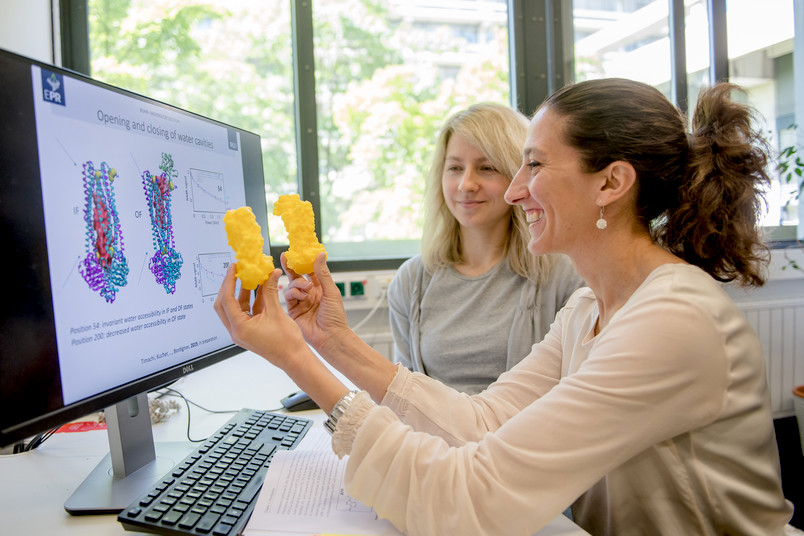 Enrica Bordignon (front) and Svetlana Kucher with a model of the transport protein that they investigated
© RUB, Marquard
Drug resistance

Preventing drugs from being transported

Certain membrane proteins specialise in transporting molecules out of cells – a problem for the efficacy of cancer medication and antibiotics.

An international research team has investigated the transport mechanism of a bacterial membrane protein using an artificially produced antibody fragment. The transport proteins, called ABC exporters, are present, for instance, in the cell membranes of bacteria and in large quantities in cancer cells. They are responsible for transporting small modules out of the cells. Some transporters can pump antibiotics or chemotherapy agents out of the cells, thus rendering therapies ineffective.

In the current study, researchers worked with isolated ABC exporters and they showed how the transport function is related to the energy drive of the protein. They also managed to modify the transport mechanism with an antibody fragment and with mutations in the transporter. The results were published in the journal Nature Communications on 21 May 2019.

“Our results are fundamental research,” says Enrica Bordignon. “However, we hope to use this new information to open up new approaches to combat drug resistance.”