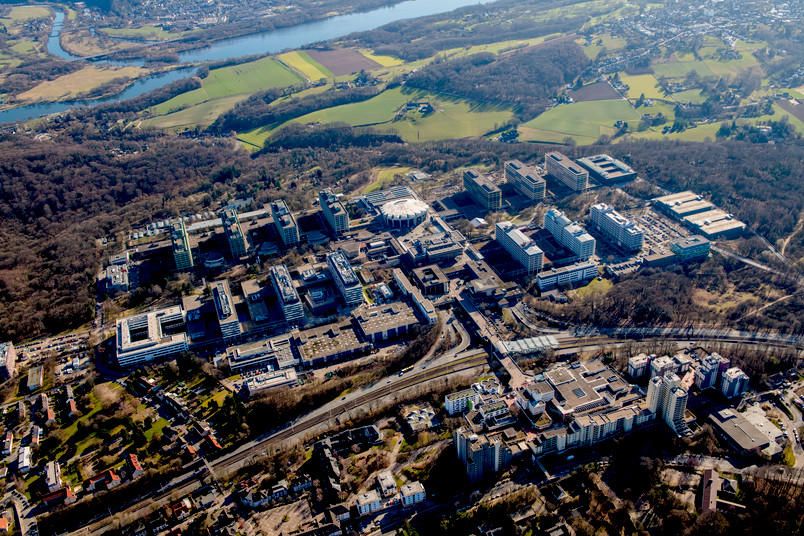 Campus of disciplines: The diversity of subjects at RUB creates the prerequisites for knowledge networks.
© RUB, Marquard
Excellence Strategy

RUB has strategically aligned itself in the competition for excellence – and it will continue along its path.

RUB warmly congratulates the winners of the nationwide Excellence Strategy competition. “It is good for our overall strategic orientation as well as for the Ruhr region that we were in the running until the end and further sharpened our future development,” says Rector Professor Axel Schölmerich. “We will continue along the path we have chosen.”

“Even without the award for Excellence University, we have set a clear signal for the further development of the largest centre of knowledge in Germany,” says Schölmerich. “The Ruhr region is changing. It will noticeably gain prestige and attractiveness and thus has the best chance of profiting economically, too – through spin-offs and the establishment of companies around attractive research institutes. Just as we have already very successfully initiated on the former Opel premises together with the city of Bochum.”

“The entire process of the Excellence Strategy has fostered strong cohesion within the university,” says Chancellor Dr. Christina Reinhardt. “We are very proud of what we have achieved together. Our sincere thanks go to all those who worked intensively on the proposal and supported our application.”

The prerequisite for even being allowed to apply to become an Excellence University was fulfilled by RUB having previously acquired two Clusters of Excellence, one in solvation research and in cooperation with TU Dortmund University – Resolv (Ruhr Explores Solvation): Understanding and Design of Solvent-Controlled Processes –, the other in IT security – Casa: Cyber Security in the Age of Large-Scale Adversaries –, which has already made the Ruhr region Europe’s capital for IT security.