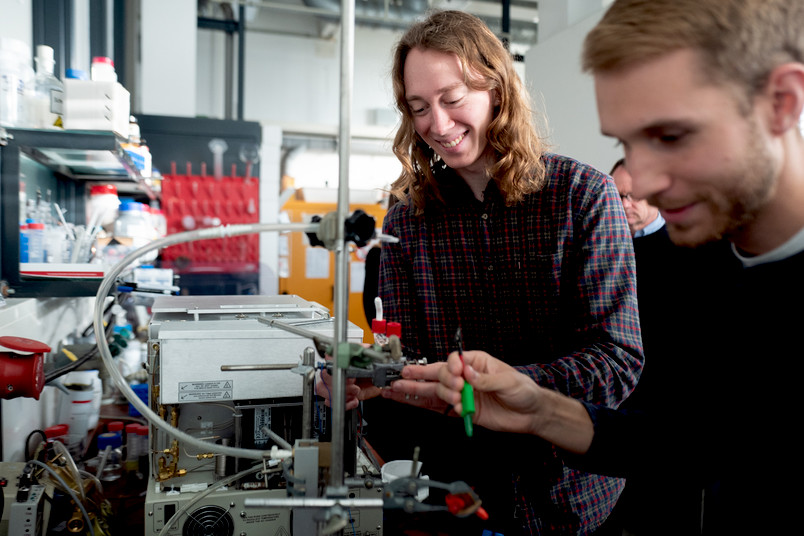 Peter O’Mara from Sydney (on the left) and Patrick Wilde from Bochum working with an electrochemical cell for CO2 reduction
© RUB, Kramer
Inspired by nature

Converting CO2 to valuable resources with the help of nanoparticles

An international research team has used nanoparticles to convert carbon dioxide into valuable raw materials. Scientists at RUB and the University of New South Wales in Australia have adopted the principle from enzymes that produce complex molecules in multi-step reactions. The team transferred this mechanism to metallic nanoparticles, also known as nanozymes. The chemists used carbon dioxide to produce ethanol and propanol, which are common raw materials for the chemical industry. 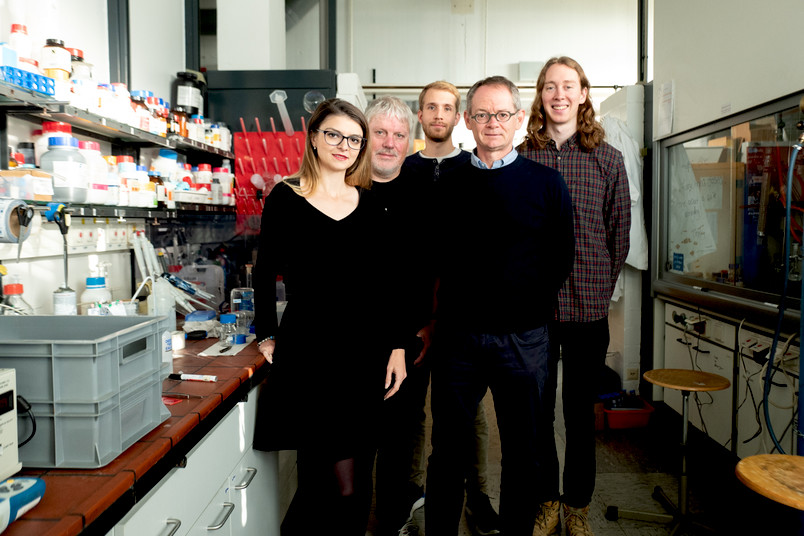 “Transferring the cascade reactions of the enzymes to catalytically active nanoparticles could be a decisive step in the design of catalysts,” says Wolfgang Schuhmann.