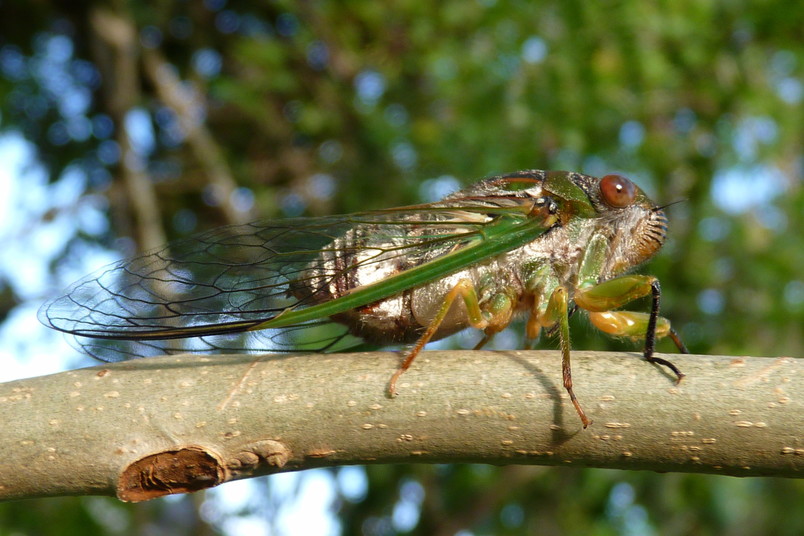 Just like on a bed of nails, bacteria get damaged on a newly developed surface spiked with nano columns. It is supposed to prevent implants from being colonised. The technology has been inspired by nature.

Approximately 350,000 people in Germany get a joint implant each year. By now knee and hip replacements are standard operations. In most cases, there are no complications; but in two to five per cent of the cases patients suffer from infection after surgery. Often, the infected device has to be removed and antibiotics therapy to be carried out, before a new prothesis is surgically implanted once again.

Bacteria entrench themselves behind a biofilm

Thousands of patients thus have to undergo a taxing surgery for a second time, because the implant has been colonised by bacteria. “The germs are introduced during initial surgery,” says Professor Manfred Köller, Head of the Surgical Research Department at the RUB hospital Bergmannsheil. They particularly love foreign surfaces, where the endogenous immune system works less efficiently than elsewhere in the body. Once germs have attached, they multiply and entrench themselves behind a biofilm that pretty much withstands immune cells or antibiotics.

“Consequently, we must prevent germs from attaching themselves to the implant in the first place, and we intend to achieve that through surface modification rather than with antibiotics,” says Manfred Köller. Looking for strategies, the RUB researchers took notice of the findings unearthed by an Australian research group that detected in 2012 that the structure occurring on the wings of certain cicada, e.g. Psaltoda claripennis, has antibacterial properties. The wings are covered in tiny columns from a wax-like material that are only approximately 200 nanometres in size and cause damage to bacterial cell wall. “Previously, scientists assumed that bacteria in nature were primarily eliminated through chemical processes,” explains Manfred Köller. “Now, it emerged that they could also be destroyed by mechanical means. This caught our interest and we initiated collaboration with material scientists at RUB.”

Coating surfaces with nanostructures is what Professor Alfred Ludwig’s Chair of Materials Discovery and Interfaces specialises in. It houses a so-called sputtering system that was used to generate an almost identical metal replica of the nano-column structure occurring in cicada.

Nadine Ziegler is conducting her PhD project in this field. She uses a specific sputtering technique called glancing angle deposition (GLAD). “In the process, individual titanium atoms are released from a pure titanium disc and accelerated in the direction of the substrate. They hit it diagonally from the side,” she explains. The atoms deposit on the substrate. In a few spots, a so-called nucleus forms; on its lee side, fewer atoms are deposited. The greater the distance from the nucleus, the more atoms can deposit. Thus, a landscape of characteristic titanium-atom nano columns is created. “If the substrate is rotated during coating, the shape of the columns can be manipulated,” elaborates Nadine Ziegler.

We were thrilled, of course.

The researchers subsequently colonised the surfaces coated with nano columns with Escherichia-coli bacteria. Afterwards they did in fact identify many germs that had been mechanically destroyed.
“We were thrilled, of course,” admits Manfred Köller. “In clinical practice, however, problems with implants are more frequently caused by other bacteria, mainly staphylococci. They turned out to be entirely unimpressed by the nano columns and multiplied on the surface unhindered. The researchers soon found out the reason: staphylococci possess a much thicker and therefore more stable cell wall and, as spherical bacteria, make less contact with the surface. Accordingly, the researchers had to develop an additional weapon against those germs. The obvious choice was silver, the antibacterial properties of which have been known for a long time. Resistance against silver is very rare, unlike against common antibiotics.

The aim was to apply the smallest possible amounts of silver to the nano columns in order to preserve their structure and to maximise the release of antibacterial silver ions. To this end, the researchers had to cause the silver to corrode, thus releasing silver ions. In order to trigger the required corrosion process, the researchers had to use a trick. “We deploy the sacrificial anode principle,” explains Manfred Köller. It works like this: in an alloy of two metals, the one with lower electrochemical potential corrodes while the other one remains intact. In other words: the less noble metal sacrifices itself in the presence of a nobler one. “The sacrificial anode principle had not been used for medical applications yet, but it is very well known in technological application,” says Köller. “It is, for example, installed in water heaters where zinc elements prevent corrosion.” 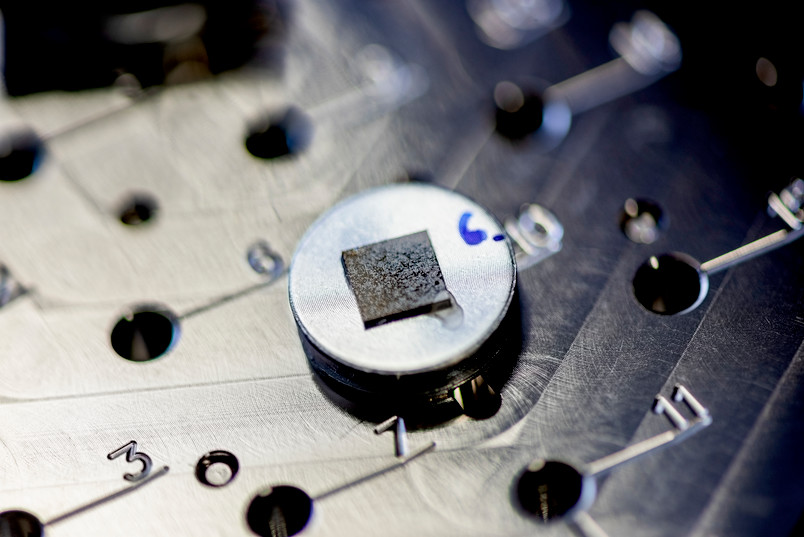 Accordingly, the research team experimented with different noble metals in combination with silver. It emerged that combinations of silver and the platinum group elements platinum, palladium and iridium were ideally suited for killing off germs – much more successfully than pure silver.

“The question remained how a sacrificial anode system could be applied to the nano columns,” says Nadine Ziegler. At first, she let a cone-like coating form on the surface of the columns. But that rendered the nano columns blunt and made them lose their mechanical antibacterial properties. “And so we began to sputter them with nano spots that were hundreds of times smaller,” elaborates the researcher.

While the sputtering process for nano columns takes approximately four hours, the application of nano spots takes a mere 20 seconds. The researcher thus generated surfaces on which silver and platinum spots with a diameter and height of a few nanometres were applied. These so-called decodings of nano columns are so small that they can only be seen under the transmission electron microscope.

Tests with finished surfaces showed that the material is consistently effective against staphylococci only if platinum and silver spots are generated successively. “We don’t yet understand the reason for this phenomenon on an atomic level,” admits Manfred Köller. “We assume that galvanic nano elements are formed.”

“Because silver disappears within three days due to corrosion, what we have here is a self-limiting system that is supposed to prevent infections in the sensitive phase after surgery,” concludes the researcher. During that phase, the so-called race for the surface takes place: germs and endogenous cells compete for the surface of the implant. Once it is covered by endogenous tissue, infection risk is minimised, even after the silver has been fully used up.

The nano columns don’t affect any endogenous cells. On the contrary: initial experiments have suggested that the columns stimulate certain blood cells, thus inducing healing. “Follow-up studies will be necessary to verify if the method would also work in clinical applications,” points out Köller.