A sports stress test and psychosocial stress produce similar stress hormone increases. And yet, the first one is perceived as positive, the second one as negative. Researchers attempt to find out why.

With a 15 percent incline on the treadmill, the exercise initially starts at a bearable speed; but every half minute the speed increases and the test persons have to run faster and faster – until they reach their limit and have to stop because their legs simply give up. Pushing oneself to this physiological limit is stressful for the body. What does this do to the organism? And most importantly, how does this stress differ from psychosocial stress, which mainly takes place in the brain?

We want to understand how stress gets from perception to cell – and back again.

The team from the Department of Genetic Psychology at RUB is interested in all details of this question. “We want to understand how stress gets from perception to cell – and back again,” describes Professor Robert Kumsta, head of the department. “We all know that sport, healthy food and positive social contacts are stress buffers. But what we want to do is explore the physical mechanisms behind them,” he adds. 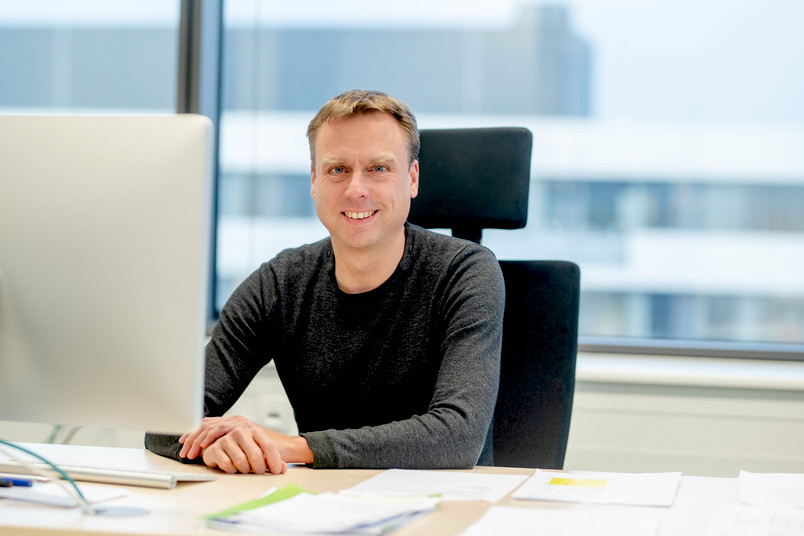 In a first study carried out by the Department of Genetic Psychology together with the team headed by Professor Petra Platen from the RUB Faculty of Sports Science, the researchers compared what happens on a physiological and emotional level in a physically or psycho-socially stressful situation.

Twenty sports students took part in the study. “We selected participants who exercise regularly and who had already undergone a health check, because they had to go to the limit on the treadmill for the purpose of the study,” explains Dr. Dirk Moser from the Department of Genetic Psychology. The same test persons also underwent the so-called Trier Social Stress Test, TSST for short. The test requires the participant to complete a simulated job interview while being filmed, before a panel of judges who are trained to maintain neutral expressions. This test is an established research tool and is proven to trigger stress in participants.

At different measurement points before and after the physical or psychosocial stress, the participants filled in questionnaires on emotional well-being. At the same time, the researchers determined the amount of different biomarkers in the blood, for example the stress hormones cortisol and noradrenalin.

Although the test persons had run to the extreme limit, they subsequently stated that they felt good and invigorated, even if they were exhausted. After the fictitious interview, however, they felt uncomfortable. But what about the blood values?

“I would have bet my money on physical exertion to produce much higher levels of stress hormones than a fictional job interview,” admits Dirk Moser. “But the numbers went through the roof in both situations.” Although all participants knew that it was not a real job interview, the social evaluation scenario caused stress. “It surprised me that the brain can drain similar power resources as a physical exertion that is so strong that you probably do not want to experience it several times a day,” compares Moser. 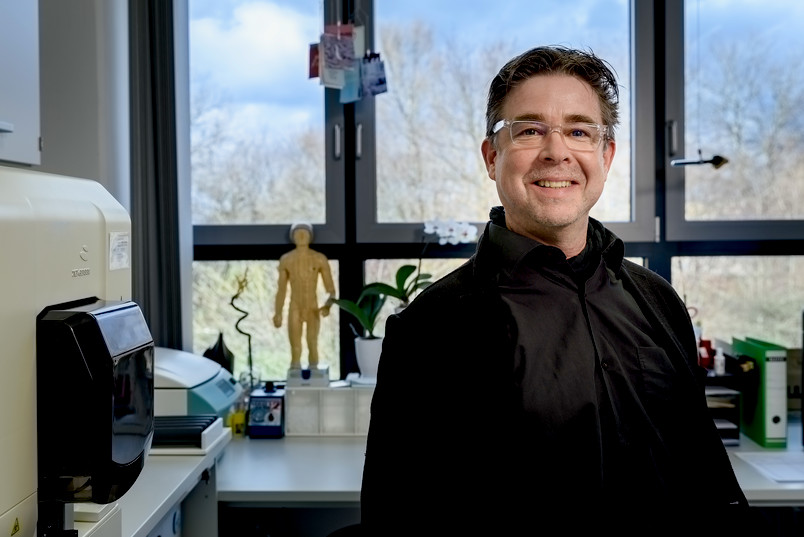 There wasn’t much difference between the cortisol and norepinephrine values in both situations, and yet the subjects perceived the physical and psychosocial pressure scenario very differently. Therefore, the scientists looked for another biomarker that might be used to explain the different reactions – and they found one. The marker was not a hormone, but cell-free DNA.

The genetic material is normally present in the cell nucleus, where it is read and where it remains. Under certain conditions, however, DNA can also be found in the bloodstream – for example, unborn children release DNA that enters the mother’s bloodstream via the umbilical cord. The team from the Department of Genetic Psychology showed that stress, too, can cause cell-free DNA to suddenly occur in the blood. “The nucleotide building blocks that make up DNA contain a lot of energy. Under certain conditions, the cell apparently still allows itself the luxury of releasing some DNA components to the outside,” explains Dirk Moser.

“It’s possible that there is another stress communication mechanism in addition to the hormone system, which operates via cell-free DNA and which is not yet understood,” says Robert Kumsta. “Apparently the body wants to put it to some use; but we do not yet know to which.”

Elisabeth Hummel analysed the blood samples taken after the stress tests in the lab.
© Roberto Schirdewahn

It is clear that cell-free DNA is released into the blood under both physical and psychosocial stress – but from different sources, as the analyses in Bochum showed. Moser and Kumsta compared the cell-free DNA from the two stress situations, more precisely the DNA methylation patterns, i.e. the patterns of certain chemical groups that enzymes attach to the DNA to regulate the reading process. Cell-free DNA circulating in the blood under psychosocial stress had a different methylation pattern than cell-free DNA secreted during physical stress. “This means that the DNA comes from different cell types,” points out Kumsta. “But we cannot say from which – this will require further studies.”

So far, the researchers have therefore only an unconfirmed hypothesis as to what kind of mechanism they might have come across in their study. Robert Kumsta and Dirk Moser find it conceivable that cell-free DNA forms a communication loop between the immune system, muscles and brain. “Bacteria, too, communicate with each other via DNA fragments,” explains Dirk Moser. “Accordingly, this could be an ancient communication system between cells, in addition to communication via hormones and metabolic products.”

The body’s own cell-free DNA might constitute a training for the immune cells.

“Stress is an adaptive capacity of the body,” says Robert Kumsta. “We know that there is communication from the brain to the body and back to the brain.” Via stress hormones, the brain signals to the body to provide additional energy reserves. The body cells in turn signal back that this has happened and inhibit the release of cortisol. Thus, the system regulates itself in healthy people. Similarly, the activated immune system can exchange signals with the brain via inflammation markers. “As a result, we know that there is a bidirectional communication between brain and body,” adds Kumsta. “Our study puts forward a new communication mechanism.” The scientists from Bochum intend to investigate this in more detail in future, for example to find out how sport can be used in psychotherapy to enhance therapeutic effects.