Body image in the media: from diet culture to body positivity.

Being beautiful, making the best of themselves, feeling confident and comfortable in their own skin – this is something many people want to achieve. But why? What is beautiful? This question is not easy to answer, as beauty is not objective. “In a region and a time when people are hungry, thin bodies have a different cultural meaning than in regions and times of abundance,” says Professor Heike Steinhoff from Englisches Seminar at RUB. She thus illustrates that beauty ideals are determined by their cultural and historical context, are social norms, produce and reproduce social power structures.

Due to social media, the way we look at beauty has evolved.

She has examined these ideals closely, focusing primarily on US-American media, which strongly influence the media culture of the Western industrialised countries. “When we watch reality TV formats of the 2000s, their plot often revolves about optimising the body,” she summarises. Examples from German television include the before-and-after show “Vorher Nachher”, which was about new styling, various formats about cosmetic surgery, and shows like Germany’s Next Top Model. “We call this a makeover culture, a culture in which we are encouraged to look at ourselves and especially at our bodies like a project that needs to be constantly optimised,” says the American studies researcher. “Ideally, the bodies should be slim, toned and fat-free. The dominant body ideal is also white and able-bodied, i.e. not handicapped. It is this ideal that is considered healthy, normal, successful and desirable within our culture.”

“Due to social media, the way we look at beauty has evolved,” points out Heike Steinhoff. Physical self-optimisation is still taking place, which is expressed for example in the use and linking of fitness trackers and hashtags such as Fitspiration. The focus is not only on beauty, but also on health and fitness. “Under neoliberalism, we are becoming active subjects who monitor and standardise ourselves, including through apps,” as Steinhoff elaborates.

A look at youth literature and current products of so-called quality television reveals that such discourses are also criticised. Here, body cult is distorted into the grotesque, blended with horror elements. The American TV series “Nip/Tuck” (2003–2010), for example, which is set in the practice of two plastic surgeons, shows hyper-realistic surgical procedures. “This is sometimes brutal. In addition, characters from different ethnicities, transgendered people and disabled people are also featured,” describes Heike Steinhoff. “On the other hand, mainstream ideals are still reproduced. The two surgeons, for example, fit into the dominant ideal of masculinity; they are slim white men of the upper class, and with his trained body one of the protagonists also adheres to the current male ideal of beauty. This illustrates the ambivalence of the whole show.” 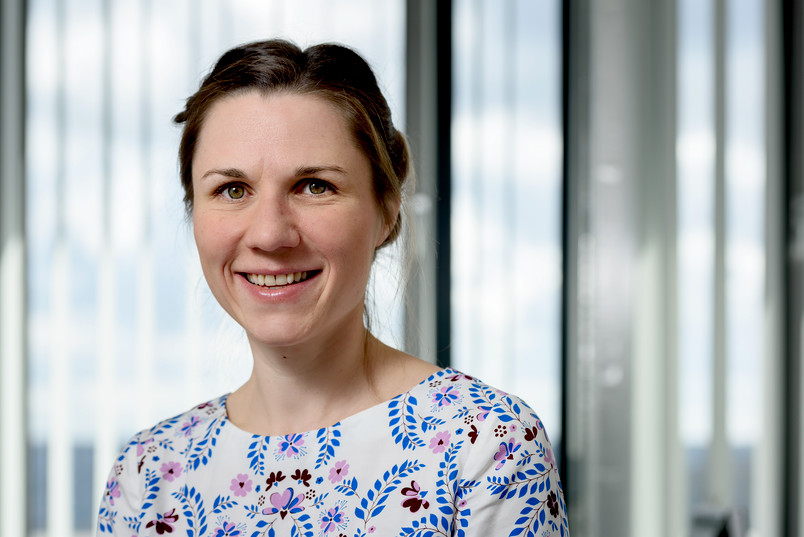 Heike Steinhoff is concerned with the view of the body.
© Roberto Schirdewahn

Another example of a critical examination of current ideals of beauty is the science fiction novel trilogy “Uglies” (2005–2007) by Scott Westerfeld. This book series for young adults depicts a dystopia in which every person has to undergo a state-prescribed cosmetic surgery procedure at the age of 16.

The TV series “Dietland” (2018) by the American broadcaster AMC is a recent example; in Germany it is available on Amazon Prime. It is a feminist satire of the beauty and fashion industry that features horror and thriller elements – as well as a fat protagonist.

The positive visualisation of bodies that are invisible in the media and stigmatised in our culture is what the Body Positivity Movement is all about, which was born in the social media. It wants nothing to do with the usual beauty ideals and advocates self-love and body acceptance. Many social networks ask to post selfies that do not correspond with the dominant image. The photoshopped images of the advertising industry are contrasted with photos of supposedly authentic bodies – fat bodies, hairy bodies, bodies with cellulite – in order to demonstrate: these bodies too are beautiful. “As a result, enterprises also pick up on these trends and everything seems to become more diverse,” says Heike Steinhoff. At first, only the Dove company booked models with different body shapes, skin colours and ages for its campaigns; now others are doing the same. “This is often criticised to be very superficial, merely a marketing vehicle,” says the American studies researcher. “While a plus-size model like Ashley Graham obviously doesn’t wear the size zero that is prevalent in the fashion industry, she still fits into the current ideal of beauty. Still, something is changing, otherwise the companies wouldn’t take up such trends.”

Another much-criticised aspect is that even in these supposedly liberating narratives, the demand for self-optimisation in accordance with social standardisation does not disappear. Rather, there is a shift from physical to mental makeover. The rallying cry is: no matter what you look like, you just have to love yourself and your body, no matter what others say. Emotional campaigns obscure the fact that this approach ignores structural inequalities, ignores the social component, and makes the individual shoulder the entire responsibility.

There is a long history of the female body being coded as one suffering from a cultural deficit.

While many activities of the body positivity movement are limited to the posting of selfies, there are also activists who try to escape the neoliberal self-optimisation project and who want to change society. Terms like body neutrality or body acceptance have been coined to take away the pressure of having to find yourself beautiful in all aspects every day or to define yourself primarily through your body. Representatives of the movement such as Sonya Renee Taylor speak of “radical self-love” and pursue an intersectional feminist approach: they link their concept of self-love with feminist, queer, anti-racist movements. Their goal is to help people accept themselves and to create an awareness of social inequalities and power structures. “The underlying idea is that raising awareness, self-love and thus the acceptance of others will improve society in the long term,” says Steinhoff. The activists criticise not only the media, but also patriarchal oppression, the structures of which are (re)produced by the media and the beauty ideals it promotes.

“There is a long history of the female body being coded as one suffering from a cultural deficit, namely a pathological body that has to be disciplined and standardised,” explains Heike Steinhoff. “There is also a long tradition of sexualisation and objectification of the female body in a male-dominated world.” In the 1990s, feminist researcher Naomi Wolf postulated that the now-abolished formal discrimination of women was replaced by the dictates of beauty to which women are subject.

Still, Heike Steinhoff doesn’t want to paint too gloomy a picture: “It’s not that nothing has changed – the image of physical beauty has become much more diverse,” she concludes. “As researchers, our task is to critically examine these developments and to reveal what is not visible at first glance.”