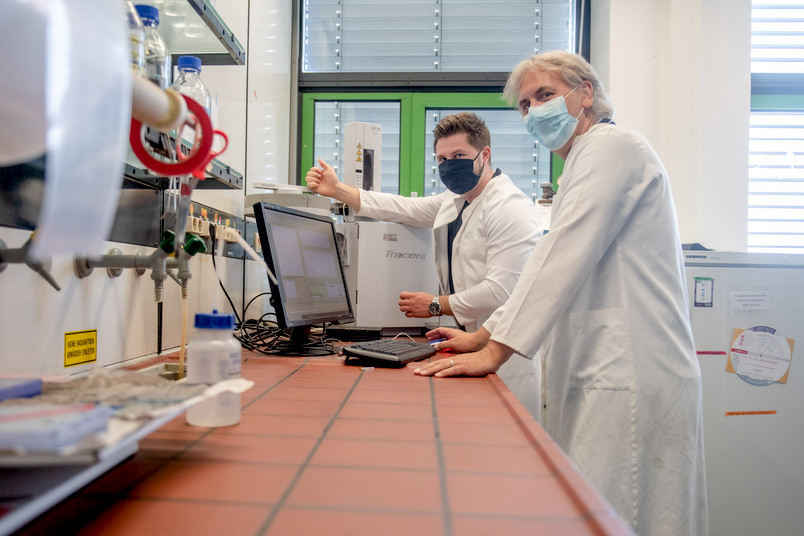 In hydrogenase enzymes, the transports of protons and electrons have been considered to be separate events until now. However, coupling is the key to success here.

Hydrogenases can convert hydrogen just as efficiently as expensive platinum catalysts. In order to make them usable for biotechnological applications, researchers are deciphering how they work in detail. A team from RUB and the University of Oxford now reports in the journal “Proceedings of the National Academy of Sciences” (PNAS) that the transfer of protons and electrons by the enzyme takes place spatially separated, but is nevertheless coupled and thus, a decisive factor for efficiency. The article was published online on 10 August 2020.

“Although it was known that there was a proton-coupled electron transfer mechanism, researchers had so far assumed that the coupling only takes place at the active centre itself,” says Professor Thomas Happe, Head of the Photobiotechnology Research Group. The researchers, however, showed that when they slowed down proton transfer, this also effected the rate of electron transfer.

“As the two transfer routes are spatially separated, we assume that a cooperative long-range coupling of both processes is necessary for efficient catalysis,” concludes Dr. Oliver Lampret, first author of the study. The findings should help to develop more efficient miniaturised hydrogenase catalysts in the future.