Tiny helpers of the big industry

The smallest organisms give rise to hope for an environmentally friendly industry: using bacteria as catalysts is what so-called white biotechnology is all about. The aim is to convert the production processes of various substances from crude oil, which is still in frequent use, to renewable raw materials, in order to comply with the bio-economic strategy pursued by the Federal Ministry of Education and Research. Ideally, this should result in a process in which everything is recycled.

“The raw materials should be cheap and sustainable; in addition, they should be not only the starting material but also the energy source for the processes,” says Professor Dirk Tischler, Head of the Microbial Biotechnology research group at RUB. If possible, these raw materials shouldn’t be removed from the food chain due to their use in biotechnological processes; this applies to cane sugar (sucrose), from which bioethanol can be produced. Nor should it be glucose, as it is obtained from the starch of various plants and is expensive to produce.

The researchers would prefer to use waste materials, for example wood waste from the furniture or paper industry. “Wood residues that can’t be used in paper production contain cellulose, whose sugar components are certainly suitable as an energy source for bacteria. In addition, wood residues also contain elements that can be used as starting material for substances that are interesting for industrial production. One example is vanillyl alcohol, from which the aroma vanillin can be derived.” Tischler’s research group is currently working on the development of a process in which lignin, a constituent of wood, is turned into ferulic acid, a platform chemical from which further substances can be produced. 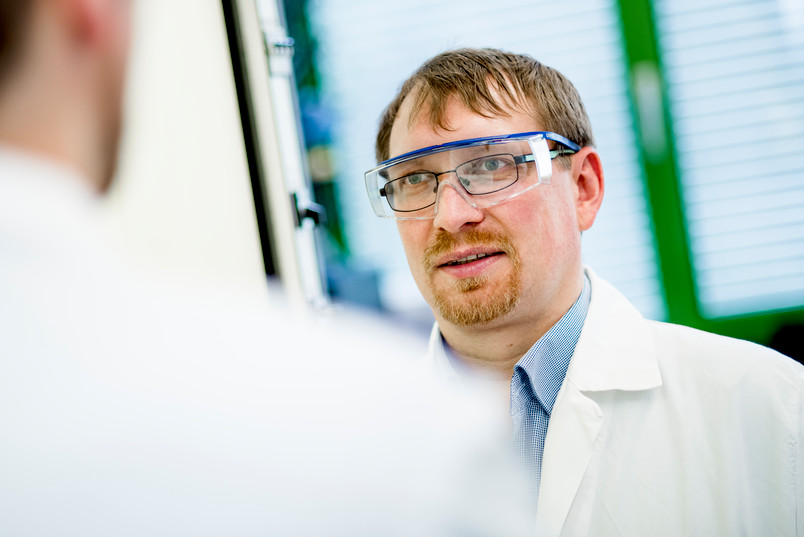 Specific enzymes take care of the conversion from one initial substance to another, namely one that is required and valuable. “Depending on the reaction that we would like to achieve, we can search in databases and check whether we’ll find any enzymes that produce the desired substance,” explains Dirk Tischler. Once the researchers have found one, they look at the starting substance of the reaction catalysed by it and go back another step, until they reach their starting substance. Experts refer to this as retrosynthesis. Following this approach, researchers either find an enzyme that catalyses the complete reaction they require; or they combine the enzymes identified in the individual steps into a large enzyme complex or enzyme cascade, in order to convert the starting material into the desired product.

If a suitable enzyme is not available in the database, the alternative is to genetically optimise known enzymes. “We use a structure-based approach,” elaborates Tischler. “This means we analyse the structure of the enzyme and look for points where we can intervene in order to improve the reaction.”

If this approach proves futile, researchers can start a new search and examine microorganisms that have not yet been studied in-depth. Bacteria and fungi produce a plethora of enzymes that haven’t yet been described. Bioinformatic predictions can provide clues as to which of them are promising candidates for value-adding reactions. Then, it is a matter of providing relevant evidence in the lab. New findings or genetically optimised enzymes are in turn recorded in the database so that other research groups can access them.

The ferulic acid project carried out by the Microbial Biotechnology research group has proved successful in the first step: in addition to a derivative product, some ferulic acid is also generated. However, the whole process is not yet efficient enough; the researchers hope to optimise it through genetic modification.

In the lab, the team primarily works with purified enzymes, in order to study completely clean reactions. However, this is a time-consuming process. This is why whole cell production is used for manufacture on an industrial scale: to this end, the genetic blueprints of the desired enzymes or enzyme complexes are reintroduced into bacteria, often Escherichia coli. These bacteria then produce the enzyme and, as living biocatalysts, can transform a starting material into the desired substance. If they also produce other, superfluous substances, putting them on a diet can help. They naturally also need energy to work, which must be actively supplied. “For some of these processes, algae can also be used, which can obtain the necessary energy from light,” points out Dirk Tischler. 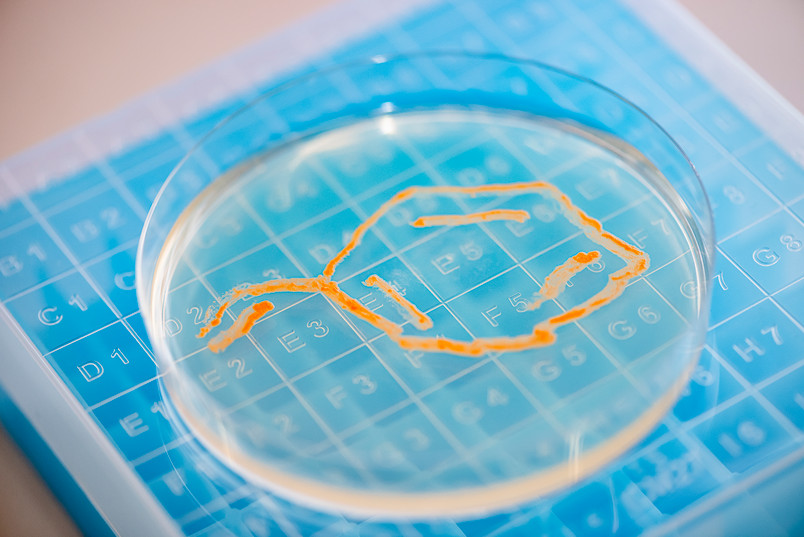 One difficulty is to control the entire process. “Sometimes, the bacteria eventually metabolise the desired product further – that’s bad luck,” says Dirk Tischler. At the same time, it also provides an opportunity: for example, styrene can be digested by bacteria and metabolised via a newly described degradation pathway. The harmful substance is thus converted into biomass. If chemically modified substrates are fed in addition to styrene, new effects can be generated. Eventually, a residual amount of the chemically modified substrate is left over and can be synthesised as a product – in a specific example, this product is ibuprofen, a useful substance that could thus be produced with the help of bacteria.

On a large scale

The production of substances such as acrylic acid by bacteria is already an established process on an industrial scale. The bacteria for this purpose are cultivated in huge tanks. After they have passed through the production process, they have to be killed so that they don’t come into contact with the environment. Some industrial companies have special sewage treatment plants and methods for the energy-efficient use of residual materials. The remaining biomass can be used in other processes, for example to produce biogas.

Deploying biological production processes is often still too expensive to be used in practice. “The existing, petroleum-based plants have been in use for a long time and can therefore continue to be operated at low cost,” explains Dirk Tischler. However, since crude oil is becoming increasingly scarce, the tide will eventually turn in favour of biocatalysis.

The bacteria often don’t survive more than one production process. Once they are used up, they have to be disposed of. “Ideally, the biomass can then be used again to generate energy,” concludes Dirk Tischler. “This is our ultimate objective: moving away from the linear production processes of the past towards the reuse of all components. In the best-case scenario, we would use bacteria several times for biocatalysis and then use them once again for material or energy production.”