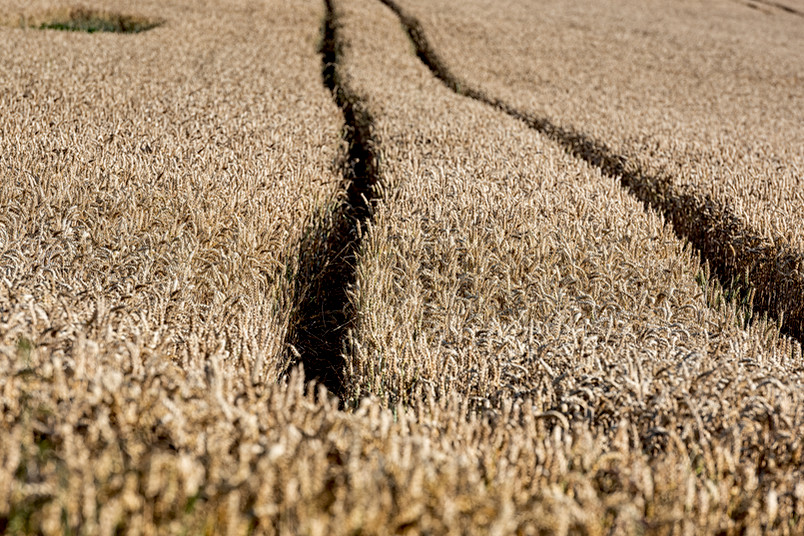 An estimated 150 million tonnes of plastic waste are floating around the oceans. It is high time for alternative materials – biopolymers could help. And they can do much more than that.

Ever since the EU adopted a ban on the sale of disposable plastic articles, the problem of plastics has been much discussed. Mankind consumes far too many plastic products that end up in the waste incinerator – or worse: in the environment. Yet nature offers alternatives. Organic compounds such as sugar or starch can be processed into biopolymers from which many kinds of useful products can be created that are ultimately biodegradable.

Professor Eckhard Weidner from the RUB Chair of Process Technology, and director of Fraunhofer “Umsicht” in Oberhausen and Professor Sulamith Frerich, who holds the junior professorship for Virtualisation of Process Technology in Bochum, are conducting research into such materials. This means that they can effectively integrate fundamental research at RUB with application-oriented research at the Fraunhofer Institute. The researchers consider biopolymers not only a substitute for plastic objects, but they also explore how circular economy can help to use plastics responsibly and avoid environmental pollution.

The team led by Frerich is currently researching the benefits of biopolymers for the systematic application of fertilisers in agricultural soils. In Germany, there is a considerable demand for such a technique: the EU Commission has officially reprimanded Germany because the country has repeatedly exceeded the threshold values for nitrate input, for example due to fertilisers in the soil. “The manure from factory farming is dumped on the fields and, as a result, more nitrate than necessary is introduced into the soil, and that leaks into e groundwater,” explains Sulamith Frerich. “Whereas in fact, plants need the nitrogen from the fertiliser only during certain growth phases.” 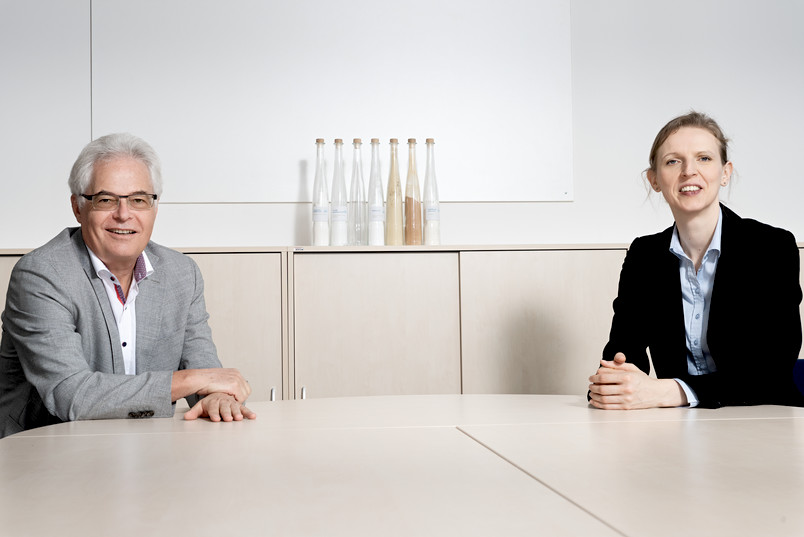 Eckhard Weidner and Sulamith Frerich conduct their research both at RUB and at the Fraunhofer Institute Umsicht in Oberhausen.
© Roberto Schirdewahn

Using biopolymers, the research team is hoping to develop a method for encapsulating fertiliser and continuously feeding it into the soil. The capsule material forms a barrier to the environment and is designed to control the release of the nitrogenous substance. PhD student Diana Keddi has tested various encapsulation techniques. “In order to control the release pattern, we have to specifically build a carrier matrix for the fertiliser,” she explains. “Since we want to prevent a contamination of the soil with the capsule material, the material should ideally be biodegradable.”

Biobased doesn’t mean the same as biodegradable. Researchers are trying to replace fossil-based products made from mineral oil with products whose raw materials come from plant sources. For example, bioplastics can be synthesised from sugar or starch. This doesn’t mean, however, that everything that is biobased is also biodegradable, i.e. can be decomposed by living organisms. Organic raw materials may be processed in such a way that the end products can’t be decomposed naturally, but have to be incinerated: polyethylene can be obtained from sugar cane, for example. Conversely, mineral oil can be used to make products that are ultimately biodegradable.

The Bochum-based researchers therefore use a biopolymer foam made of polylactic acid, PLA for short. The lactic acid can be extracted from corn or sugar beet, for example. Diana Keddi used various techniques to test how a nitrogen fertiliser depot in the biopolymer could be created, using urea as the nitrogenous model substance in the process. The encapsulated fertiliser was ultimately present in the form of chips, similar to the packaging chips that have replaced Styrofoam in many shipping cartons today. 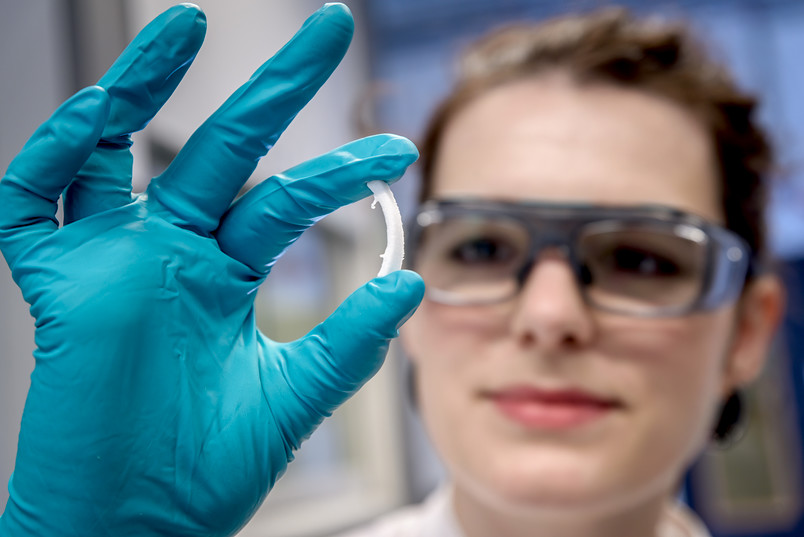 These are the finished biopolymer chips produced by Diana Keddi.
© Roberto Schirdewahn

“The greatest challenge in producing a porous composite of PLA and urea is: we must process the biopolymer without thermally decomposing the urea,” outlines Diana Keddi. Urea melts at around 130 degrees Celsius. The temperature required for PLA processing must therefore be lower. This is not the case at normal pressure, as polylactic acid melts at 140 to 170 degrees Celsius, depending on type. However, if the gas pressure increases, the melting temperature decreases.

Diana Keddi’s experiments showed that, depending on the type of PLA, a pressure between 200 and 350 bar in a CO2 atmosphere is required to process the biopolymer. The polylactic acid then melts below 130 degrees Celsius and, consequently, below the melting temperature of urea.

In addition, she used a second method, where the required temperature was merely 40 degrees Celsius and the pressure was between 100 and 180 bar. In the so-called gas antisolvent process, she dissolved the polylactic acid in an organic solvent. Since the substance was present in dissolved form, it didn’t have to be melted. Diana Keddi added the urea to the solution and subjected the mixture to a CO2 atmosphere with increased pressure. To obtain a solid product, she then had to remove the solvent from the mixture. She did so by continuously rinsing the mixture with CO2, which flushes out the solvent. She then released the gas pressure and obtained the solid end product of PLA and urea.

We can extend the release time considerably with encapsulation.

Combining both processes, Diana Keddi produced composites of PLA and urea. She then showed that the nitrogenous substance is released from the PLA foam within two hours when continuously flushed through. “Without encapsulation, the entire urea in this test set-up would be released within two minutes,” the researcher explains. “We can therefore extend the release time considerably with encapsulation.”
Thus filled with fertiliser, the biopolymer chips could simply be buried in the soil next to the plants, and the nitrogenous substances would then be gradually released into the soil.

The engineers have proved with this study that the principle is sound. Further series of tests are currently being carried out in order to transfer the release experiments to real-life applications in soil. The aim is to use the information for industrial applications.

The team headed by Eckhard Weidner at the Fraunhofer Institute “Umsicht” develop new applications for biopolymers and methods for the responsible use of polymers in many other projects. For seven years, moreover, the group has been researching what the main sources of microplastics into the environment are and how the microplastics input could be reduced. Their activities are embedded in the Fraunhofer Cluster of Excellence “Circular Plastics Economy CCPE”. The aim is to convert linear economy with plastics that end up as waste into a circular economy, where new products are made from plastic products and non-avoidable waste in the environment is rapidly decomposed.