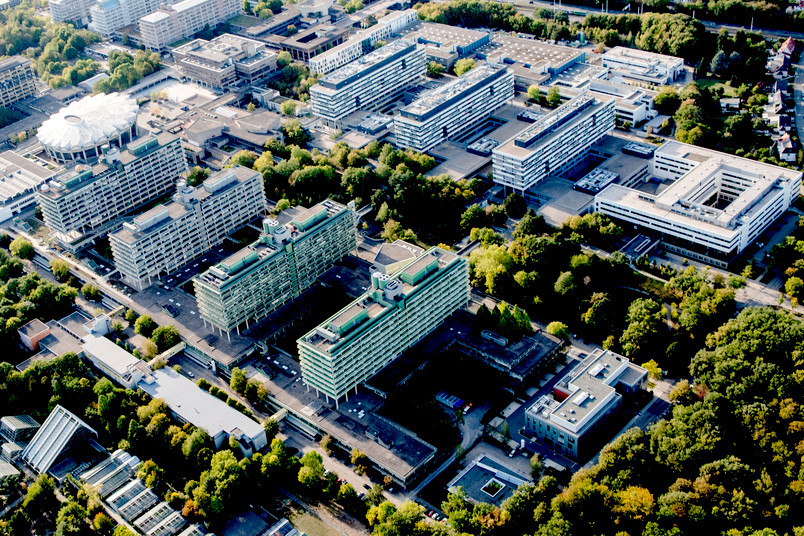 Together with its alliance partners, RUB is expanding top-level research in the region.
© RUB, Marquard
Multi-site research centers

Up to 75 million Euro were made available in the framework of the Ruhr Conference for a concept currently under evaluation.

The regional government of North Rhine-Westphalia wants to give structural change in the Ruhr region a further boost by allocating additional funds to science. In the framework of the Ruhr Conference last year, the suggestion put forward in an open ideas competition to establish multi-site research centers with international visibility within the University Alliance Ruhr (UA Ruhr) was able to assert itself. The regional government is now making up to 75 million Euro available for this purpose in the coming four years, as it publicly announced on 11 November. The concept for the further development of cutting-edge research in the region is at present still being reviewed by the German Council of Science and Humanities.

RUB, TU Dortmund University and the University of Duisburg-Essen have already been working together successfully within the UA Ruhr since 2007. The aim of the new research centers is to bundle the strengths of the three universities in order to consolidate their leading position in the international competition. A draft has been compiled for the project, and the concept is currently being evaluated by the German Council of Science and Humanities. This appraisal by a high-ranking commission will provide guidance in the coming months for the further design of the research centers. The result is expected in the coming spring.

Everyone involved is setting a fast pace.

“We’re very pleased that the regional government is keeping its promise to strengthen the Ruhr region after the closure of the last coal mine here  in 2018,” says Professor Axel Schölmerich, rector of RUB. “We’re grateful to the German Council of Science and Humanities for supporting us in the planning and organization of the new research centers through its current evaluation,” adds his colleague, Professor Ulrich Radtke from the University of Duisburg-Essen. Professor Manfred Bayer, rector of TU Dortmund University, stressed the project’s special dynamics: “Not even two years after the idea was born, we now already find ourselves in the evaluation phase. Everyone involved is setting a fast pace.”

The Ruhr Conference is an initiative of the regional government that aims to make the Ruhr region an economically strong “region of the future” and a place worth living for everyone. In 2019, ideas were collected in the framework of over 50 events, and the regional government deliberated on which ones to support. In the framework of the Ruhr Conference, other projects for the “Ruhr Regions of Opportunity” are already being funded within UA Ruhr, such as Talent Scouting or the InnaMoRuhr research project for the improvement of sustainable mobility between the four university locations.

There has been close strategic cooperation between RUB, TU Dortmund University and the University of Duisburg-Essen under the umbrella of the University Alliance Ruhr since 2007. By combining forces, the partner universities are systematically extending their outreach. In line with the motto “Better Together”, there are now over 100 collaborative projects in research, teaching and administration. With over 120,000 students and almost 1,300 professors and lecturers, the University Alliance Ruhr is one of Germany’s largest and most productive locations for science and research.