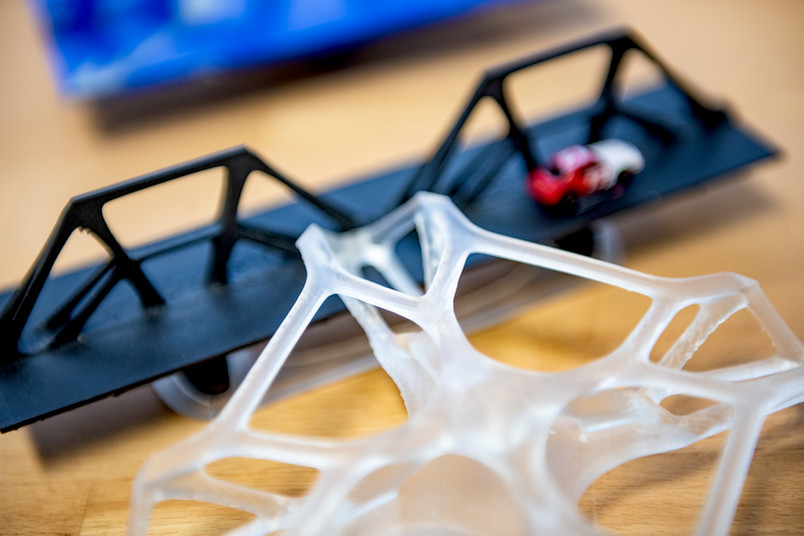 Structures and components that could have grown naturally

The shapes of the components optimised by an algorithm appear strangely familiar. This is no coincident: they undergo an evolution process comparable to biological processes.

Components should generally be cost-effective, long-lasting and robust. Engineers know from experience how they are designed. But could they be a bit better?

To answer this question, Dr. Philipp Junker from the Chair of Continuum Mechanics and Dr. Dustin Jantos from the Institute of Mechanics of Materials at RUB are using an algorithm that they have developed for what is known as topology optimisation. They specify a space in which the planned component, such as a bridge, should be created. The areas in which this bridge needs to be attached later on are also specified. The forces that are also to be expected in reality are then exerted on the component virtually; in the case of a bridge, for instance, this is the wind load or the load caused by traffic. Through the calculation, the bridge then emerges out of the space. “This is a kind of evolutionary process,” says Philipp Junker. The structure remains thicker where particularly high pressure needs to be absorbed. It can remain thinner wherever less strong forces are exerted, which saves material.

Shapes reminiscent of bones or plants

“It is interesting that natural-looking shapes are formed from this that are reminiscent, for instance, of bones or parts of plants,” says the researcher. The support for a bridge calculated in this way looks very much like a tree trunk, for example. Junker and Jantos use a 3D printer to turn the computed components into real models. “Before the calculation, you don’t know what shape is going to come out,” says Dustin Jantos. “But the shapes that come out are always reasonable.” They are often not so far removed from proven engineering constructions such as the framework for steel railway bridges. “Bridge-builders are naturally pleased because they see their work confirmed by the calculation,” explains the researcher.

What sets the algorithm apart is that the calculation method can also incorporate complex material properties into the simulation. “You naturally want to build cost-effectively and, as concrete is cheaper than steel, for instance, you would prefer to use it,” explains Dustin Jantos. Concrete displays a high degree of stability with regard to pressure. However, it is less good at withstanding tensile stress. Parts of a structure that need to withstand such tensile stress should thus be made from steel instead or the concrete must be reinforced with steel. The algorithm can help to optimally balance the proportions of various materials and the amount used for each. The calculation also takes into account diverse material properties. While steel, for instance, behaves the same in all directions under stress, wood withstands different forces under stress in its direction of growth than in other directions. The orientation of such direction-dependent materials along with other material properties can also be optimised by the algorithm.

In addition to the construction space and the attachment points for the component being calculated, the researchers can also specify other aspects, such as the geometry of individual parts. “That’s sometimes important to stop the algorithm from creating castles in the air,” explains Philipp Junker. Otherwise, impossibly thin steel cables could be calculated for a bridge or structures that simply cannot be created or need to have a fixed size for other reasons could be calculated for other components. 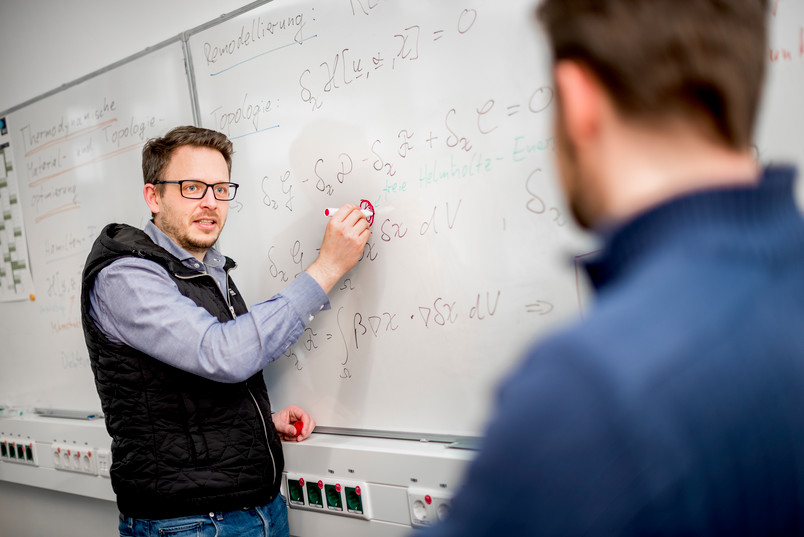 Philipp Junker includes many factors in the calculations.
© Damian Gorczany

In cooperation with an industrial partner, the researchers designed, for instance, a chain made from plates and bolts that drives a gearwheel. The bolts need to have a certain diameter so that the chain fits the gearwheel. As a result, the algorithm is not allowed to change this: only the plates for the chain are available for optimisation. In this application, it is a matter of maximising the load-bearing capacity or minimising the necessary material.

The idea of optimising components on a computer using a process similar to evolution is not a new one: researchers have been working on the principle for the last 30 years. “But only the combination of the idea with 3D printing has recently made it possible to produce parts of this kind,” explains Philipp Junker. Without 3D printing, the parts would have to be milled – the necessary workload drastically reduces the benefit of optimisation. As 3D printing is also possible with metal due to localised welding, the range of components that can be produced in this way increases. A brand new addition to the calculation is the integration of material properties, whereby the interaction of geometry and material is now optimised in the final component and creates completely new designs. “This is our speciality,” he says.