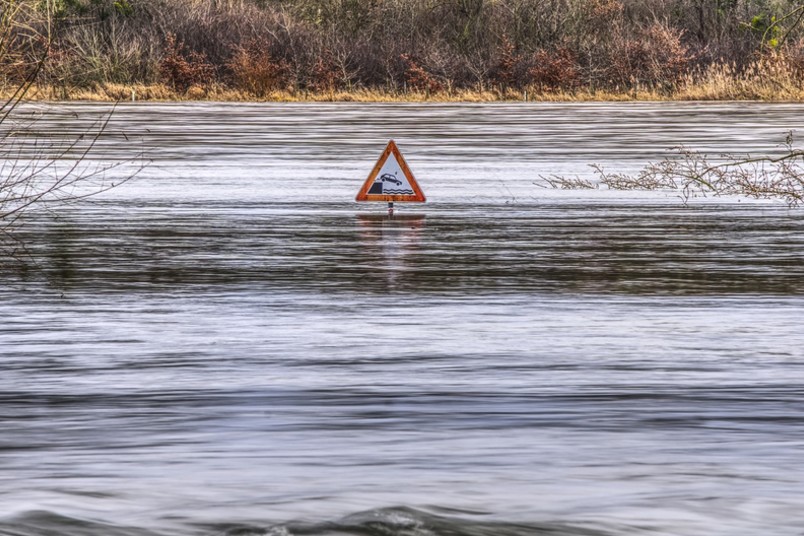 Flooding is going to be more likely in the future.
© Pixabay, Markus Distelrath
Report

As climate change exacerbates the frequency and intensity of extreme rainfall events across the world, a new global study led by The Nature Conservancy (TNC) and German NGO alliance Bündnis Entwicklung Hilft has exposed the full scale of humanity’s vulnerability to inundation by river flooding – while also highlighting the untapped potential of nature-based solutions to mitigate these growing risks. Published in collaboration with McGill University, the University of Kassel, and Ruhr-Universität Bochum (RUB), the report combines GIS-based spatial mapping with flood modelling based on future climate scenarios to assess the nature of current and predicted future flooding around the globe.

Professor Martina Flörke was part of the research team. She previously worked at University of Kassel, and is now heading the RUB Department of Engineering Hydrology and Water Resources Management.

Flooding represents the most common natural hazard to afflict human lives and livelihoods so far this century, having affected some 1.6 billion people worldwide. However, this could grow, as the study estimates that two billion people (around 25 per cent of the global population) are currently living in potential ‘inundation zones’, with large areas of Europe, Central Africa, South- and Southeast Asia most exposed to the growing risk from river floods. Whilst South and Southeast Asia are already all-too-familiar with these hazards in river catchments like the Mekong and Ganges-Brahmaputra-Meghna, the study also earmarks Sub-Saharan Africa as a global hotspot for river flood risk, underlining the urgent need for action to protect vulnerable communities and safeguard livelihoods.

Exposure of arable farmland to inundation is another focus of the study, which predicts that around 23 per cent of the world’s cropland is currently exposed to freshwater flooding. Twenty-six countries have at least 25 per cent of their arable land within inundation zones – not counting coastal regions – and three of the top five food-producing countries having significant farmland within these areas, with India (45 per cent), China (31 per cent) and the United States (23 per cent) facing particular threats.

“Despite given uncertainties of models and climate projections, we have the tools at hand to help analyse and assess the impacts of 100-year floods on inundation areas. Estimates of the impact on population and agricultural land were performed using global water modelling in combination with high-resolution GIS and satellite information,” Martina Flörke said.

Commenting on the study’s findings, co-lead author Max Ricker from The Nature Conservancy said: “The impacts of climate change on riverine flooding are immense and will be felt in just about every region of the world. Even with a mid-range climate change scenario, we estimate so-called ‘100-year floods’ occurring at least twice as frequently in 104 countries by 2100 – and for 66 countries in our study, the size of these floods will likely grow 25% or more over that same timeframe. Viewed in this context, the need for urgent investment and action to mitigate river flooding risks should be obvious.”

“Against this worrying backdrop, the good news is that investing in nature-based solutions alongside wider climate action has proven potential to help. Protecting and restoring wetlands and floodplains, for example, creates natural ‘sponges’ that absorb excess water from the landscape and reduce flood risk downstream, while also benefiting biodiversity and helping to keep pre-existing grey infrastructure from being overwhelmed by larger and more frequent floods.”

Large-scale implementation of nature-based solutions (NBS), coordinated strategically across entire river basins rather than the current tendency for standalone interventions, will be essential to derive maximum benefit from these approaches and improve resilience of vulnerable communities. The study points to ongoing initiatives such as Washington state’s ‘Floodplains by Design’ in the United States, as examples of where this thinking is already being successfully deployed on the ground.

Commenting further, study co-lead Ruben Prütz from Bündnis Entwicklung Hilft said: “Despite mounting evidence about their effectiveness, data from 2018 suggests that investment in NBS for flood risk management remains less than one per cent of total global investment in water resource infrastructure. By analysing the full extent of riverine flood risks across the planet and proposing a global FloodRiskIndex scorecard to help governments prioritise their response, we hope to galvanise strong policymaker action and accelerate investment in NBS in this climate-critical year.”