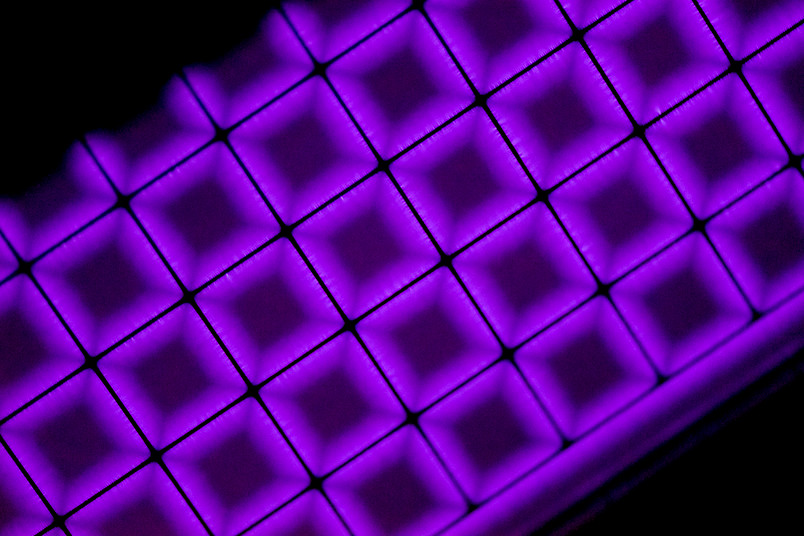 Cold plasmas and plasma catalytic processes could be used to purify and treat metallurgical gases in the steel industry.

Hydrogen, oxygen, carbon monoxide, carbon dioxide, methane – the steel industry releases a veritable cocktail of gases every hour. But how can these metallurgical gases be purified? This is where the research of Professor Peter Awakowicz from the Chair of Electrical Engineering and Plasma Technology and Professor Martin Muhler from the Lab of Industrial Chemistry comes in. The interdisciplinary research team at RUB studies how non-thermal plasma can be used for targeted cleaning and processing the metallurgical gas mixture. In the Carbon2Chem joint project funded by the German Federal Ministry of Education and Research (BMBF), in which both researchers have been involved since 2016, they are testing their innovative plasma technology on real gases. “The combination of a basic research project in Collaborative Research Centre 1316 and an application-oriented BMBF project has been a long-held dream of both of us that we can now fulfil,” says Awakowicz. 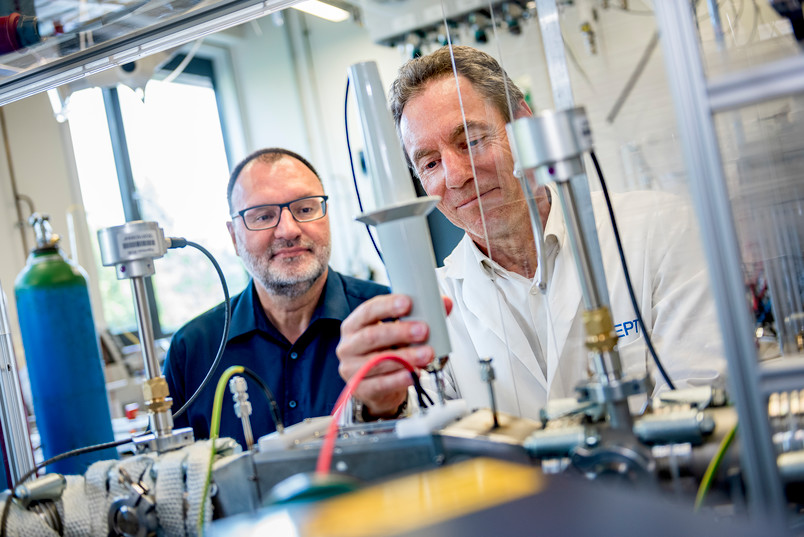 In sub-project L3 of Carbon2Chem, in which the RUB researchers are involved, the specific issue is pre-cleaning, the removal of oxygen from the coke oven gas. “This sounds simple, but it is tricky in detail,” explains research chemist Muhler. According to him, it is an intricate art to remove the oxygen from the predominantly hydrogenous coke oven gases. Traditional methods of exhaust gas purification, such as pressure swing adsorption, would not work if there was too much oxygen. The high chemical reactivity of oxygen would trigger dangerous gas reactions under normal pressure, such as an oxyhydrogen explosion. This is why Awakowicz and Muhler rely on pre-cleaning using plasma technology with cold plasma. How does it work? What makes non-thermal plasma so special? And how is it generated?

However, producing cold plasma is not easy. “The difficulty lies in supplying the gas with just enough energy so that the light electrons are accelerated and thus become hot, but the temperature of the large, heavy neutral particles and ions hardly changes,” explains Awakowicz. The research team from the Chair of Electrical Engineering and Plasma Technology has succeeded in producing precisely this state of non-thermal plasma in the purpose-built plasma reactor: The electrons become several tens of thousands of degrees Celsius hot, while the gas temperature of the entire plasma increases to barely more than room temperature.

“To achieve and understand this state, complex plasma diagnostics were necessary. We had to repeatedly readjust the individual parameters, such as the geometry and materials of the electrodes, the voltage amplitude and frequency, and associated with this the input power. Then the fundamental plasma parameters such as the electron density, the distribution function of the free electrons, but also the gas temperature had to be determined in order to optimise everything,” as Awakowicz describes the challenges.

While the team led by electrical engineer Awakowicz was fine-tuning the parameters for producing the cold plasma, the chemical researchers led by Muhler were analysing the chemical reactions triggered by the plasma discharge. It turned out that the cold plasma is so reactive that it animates the oxygen contained in the coke oven gas to react with hydrogen, so that water is formed. The gas mixture is freed from oxygen and is thus ready for further purification processes.

What Awakowicz and Muhler have fundamentally researched in the RUB laboratory is being applied to specific gas mixtures in the steel industry in the BMBF Carbon2Chem project. In the first project phase from 2016 to 2020, the researchers already provided proof of feasibility: Their plasma technology can be applied to these specific metallurgical gases. In the second funding phase from 2020 to 2024, the technical processes will now be further validated and scaled up for industrial application from 2025.

Scale-up in the Carbon2Chem pilot plant 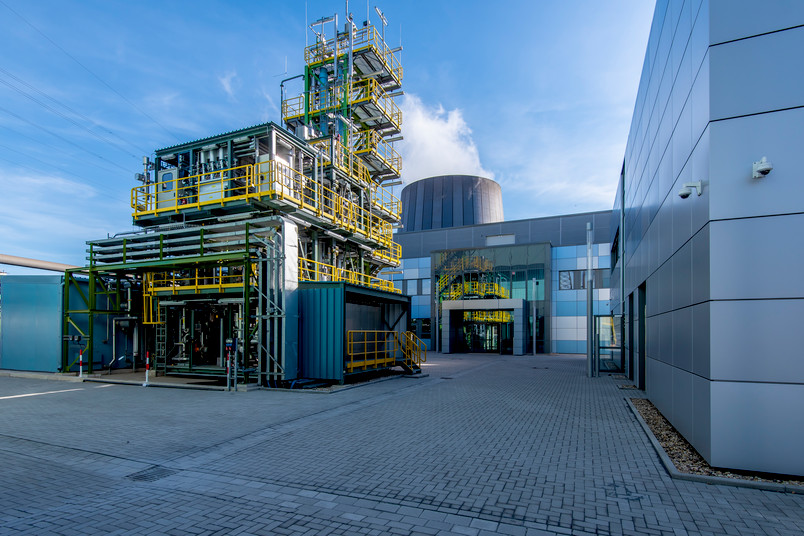 Experiments can take place under industrial conditions at the pilot plant in Duisburg.
© thyssenkrupp Steel Europe

The relevant experiments take place on an area of 3,700 square metres in the pilot plant in Duisburg. The pilot plant was built in 2018 adjacent to the thyssenkrupp Steel Europe site and means that Carbon2Chem’s experiments can be conducted under industrial conditions. “The real exhaust gases are routed to the pilot plant site, where they are available to us,” explains Muhler. “We now have to show that our plasma system can operate with the real gases – on a much larger scale, of course. The reactor should be able to purify more than fifty times the amount of gas,” as he outlines the challenge. At RUB, the researchers have so far worked with small gas flows of ten litres per minute in the lab; at the pilot plant, they are dealing with flows with a much larger volume of 500 litres per minute and more. “A spectacular project, since the dimensions are so huge,” point out Awakowicz and Muhler.

The commercial implementation of the gas purification plant is scheduled for four years from now. “The final step, scaling up from tenfold to one hundredfold, will be an effort,” Awakowicz suspects, adding: “As researchers, we will have to hand over the baton to industry at some point.”

The vision of plasma catalysis

The research team foresees its next research activities in the field of plasma catalysis – a process that brings cold plasma together with suitable catalysts. What interactions are possible between cold plasma and catalysts? How can they be combined efficiently, for example to prevent the deactivation of catalysts or to reduce the poisoning of catalysts? Initial experiments on so-called dielectrically hindered plasma discharges, i.e. discharges that are hindered by an aluminium oxide plate, for example, look promising. Observations show that the surface of a catalyst, such as platinum, can be altered and chemically activated at the low temperatures of cold plasma. It is possible, according to Awakowicz and Muhler’s vision, that the non-thermal plasma will be able to keep the catalyst active and, in an emergency case where the catalyst is poisoned by pollutants in the gas space, to remove these poisons. For example, the researchers have already found that, by using the catalyst manganese oxide, the pollutant carbon monoxide can be almost entirely eliminated. There is still a lot to be worked out before all this can be accomplished: namely which electrode shape is best, which discharge channels are suitable, and which surface structure and density the catalyst should have. 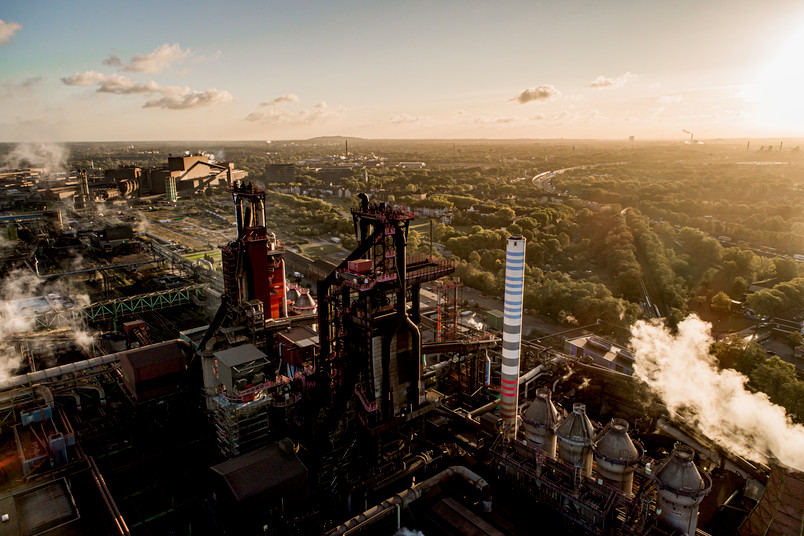 Steel production at the Duisburg site releases around 17 million tonnes of CO2 each year. The BMBF-funded joint project Carbon2Chem, in which RUB researchers are involved, has been researching since 2016 how the metallurgical gases produced in steel production can be converted into chemical base materials with the help of renewable energies. The aim is to meet the climate protection goals of the German government by optimising the plant network of the steel, chemical and energy industries, and by reducing CO2 emissions in the long term.

Carbon2Chem is made up of seven key projects focusing on different areas. The sub-projects L1 to L6 deal with the modules hydrogen, methanol, higher alcohols, polymers, oxymethylene ethers and gas purification. Building on basic research, applied research in close cooperation with industry takes the results to market maturity. RUB researchers Awakowicz, Muhler and von Keudell are working with the company Linde, the company thyssenkrupp, the Max Planck Institute for Chemical Energy Conversion, the Fraunhofer Institute for Environmental, Safety and Energy Technology and the company Clariant in the L3 project (gas purification).

The Federal Ministry of Education and Research funded the project with more than 60 million euros in the first phase. In the second funding period, a total of 75 million euros will be available until 2024. More than one billion euros are earmarked for commercial realisation.