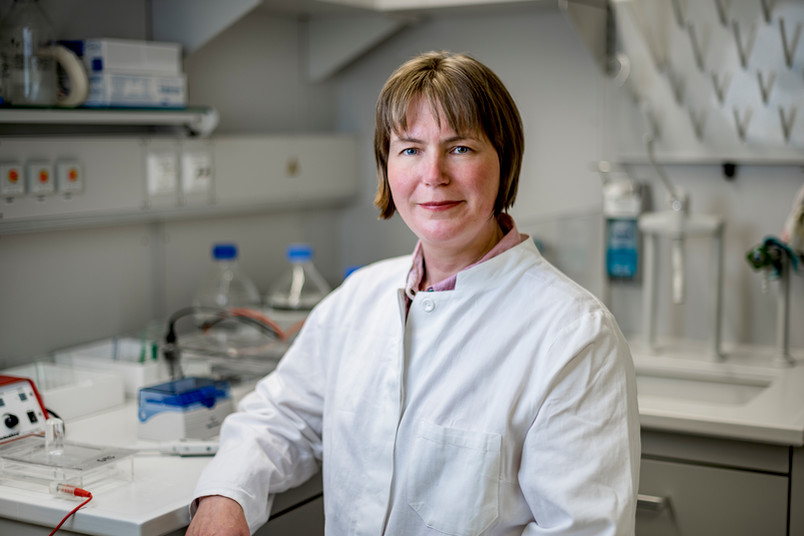 “In ten years, we will understand in more detail the mechanisms underlying the formation of the different reactive particles in plasma as well as their biological effects,” says Professor Julia Bandow.
© Damian Gorczany
Applied Microbiology

Julia Bandow, Professor for Applied Microbiology, discusses the future use of plasmas in biological applications.

Reactive oxygen and nitrogen species (RONS) have different functions in biological contexts: At low concentrations they act as signalling substances, for example in wound healing. At high concentrations they destroy biomolecules, an effect immune cells use to kill pathogens. Non-equilibrium plasmas, in which the electrons have high temperatures but the gas temperature remains low, can produce such RONS without heating the treated samples. These non-thermal plasmas are already being used for sterilisation purposes. Their therapeutic use in wound treatment and cancer therapy is currently being explored.

In ten years, we will understand in more detail the mechanisms underlying the generation of the different reactive particles in plasma as well as their biological effects. Based on this knowledge, plasma reactors can then be designed that provide RONS at concentrations and with mixing ratios required for specific applications – such as reactions catalysed by enzymes that utilise plasma-generated species or the degradation of pollutants through the joint action of plasmas and microbes.