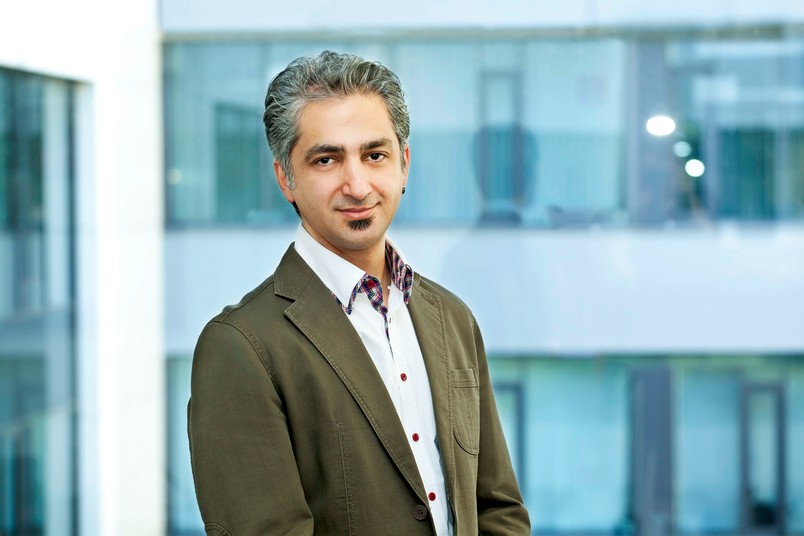 Amir Moradi from the Chair for Se­cu­ri­ty En­gi­nee­ring
© CASA, Miriam Kirchner
IT Security

Amir Moradi from the Horst Görtz Institute for IT Security has set a record in the history of the CHES conference.

At this year’s Conference on Cryptographic Hardware and Embedded Systems (CHES), which will be held digitally from September 13 to 17, RUB is already setting records in the run-up to the event. Bochum IT Security researchers are involved in a total of 18 out of 78 accepted papers that will be presented during the conference.

Professor Amir Moradi from the Chair for Security Engineering is also responsible for a special record: he co-authored ten of the accepted papers at CHES 2021, which is a record in the history of the conference. Already in 2019, in collaboration with other researchers, he received the Best Paper Award at CHES. The aforementioned papers mainly deal with design and security evaluation of implementations of cryptographic primitives against physical attacks.

CHES is known as the flagship event for cryptographic hardware and embedded systems publications and was first held in 1999. The conference is the premier venue for research on the design and analysis of cryptographic hardware and software implementations. It attracts participants from academia, industry, government, and beyond, e.g., over 600 participants in 2020. Usually held annually, the conference rotates among three continents: Europe, North America, Asia.