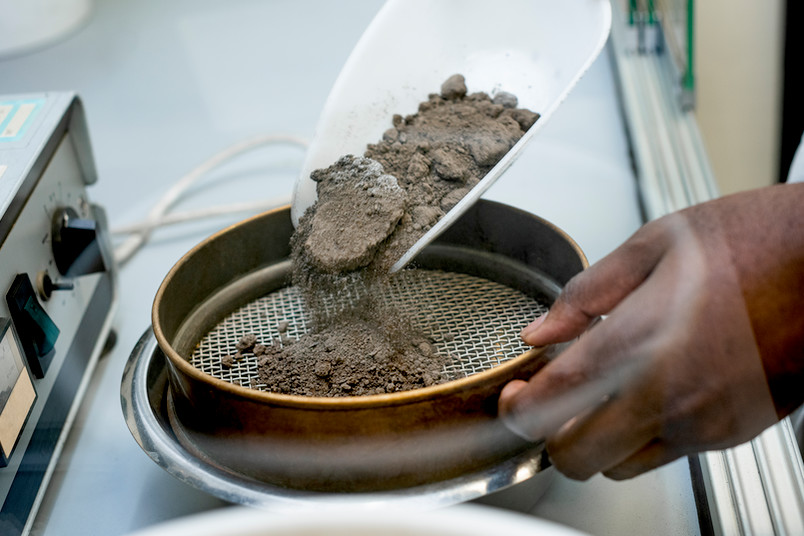 In order to investigate how the use of biochar affects the soil, it is sieved through. The meshes of the sieve measure two millimetres.
© Damian Gorczany
Geography

The magic of biochar

A single application on African farmland could boost soil quality and yields for years to come.

Ensuring a steady food supply is a problem in many regions of Africa – and the strong population growth will only exacerbate it in the future. Yet the agricultural sector could definitely produce greater yields. Experts estimate that current harvests are 20 to 60 per cent lower than they could be.

One of the reasons is the poor soil quality. Isaac Asirifi, a doctoral student at the RUB Department of Soil Science and Soil Ecology headed by Professor Bernd Marschner, is exploring how this can be improved. Having already worked as a Master’s student on the previous project Urban Food plus, which was completed in 2018, he is now devoting himself to the biological aspects of soil quality in different vegetation zones in Ghana.

Too much and not enough

“Many vegetable farmers in urban Ghana water their dry soils with wastewater, which is not only contaminated by heavy metals and other substances, but also very nutrient-rich due to faeces,” explains Asirifi. “Yet they also use mineral fertilisers – it’s all way too much, and fails to meet the real needs.” There is no soil management, the way the scholarship holder of the German Academic Exchange Service got to know it while conducting research in Germany.

To find out how to improve soil quality, Isaac Asirifi focused on three vegetation zones in Ghana and took soil samples there: in the coastal savannah in the south-east of the country, in the mixed deciduous forest in the heartland, and in the Guinea savannah in the north, where it rains only once a year. The studies have shown that one problem in particular stands in the way of high-yield harvests: the pH level is much too low. “The soils are too acidic to be a good habitat for microorganisms that contribute to soil fertility in many ways,” he explains. “They eat, breathe, consume energy, and they give a lot back to the soil, for example phosphorus or nitrogen, both of which plants need to grow.”

The potential of harvest residues

There is a way to make it easier for them: biochar. “In Ghana, plant residues that can’t be eaten or fed to livestock aren’t used after harvesting, but are simply burned,” says Asirifi. This also creates the problem that a lot of carbon dioxide is released into the atmosphere, which fuels climate change. But there is great potential in the crop residues: if they are burnt in containers in the absence of oxygen, biochar is produced. It can be made from anything left over from the harvest, and no complex or expensive technology is needed. “If it is introduced into the top 15 to 25 centimetres of the soil, it works its magic,” explains Asirifi. That means: once applied, it improves soil quality for years to come.

“It’s not so much that the biochar itself adds nutrients to the soil, like when you add compost,” continues Asirifi. Rather, the charcoal ensures that microorganisms such as bacteria and fungi can settle and thrive more easily. “It reduces acidity, and the many small cavities in the biochar provide protection from predators.” In addition, it doesn’t wash out. As a result, introducing biochar once has a positive effect on soil quality for years to come, whereas compost has to be spread anew almost every year. A welcome side effect is that the carbon contained in the biochar remains bound in the soil and is not released into the atmosphere as is the case with open burning. 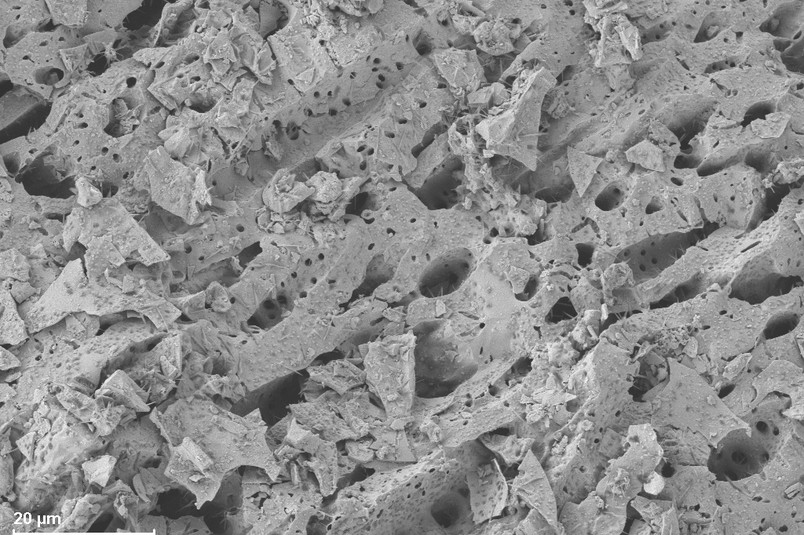 The structure of the biochar can be seen under the microscope. It offers a lot of space for microorganisms.
© Isaac Asirifi

Studies of soil samples have shown that the carbon content in the top ten centimetres of soil, which was 0.8 percent without biochar, increased by 60 to 70 per cent after the biochar was incorporated.

Isaac Asirifi still considers the amount of biochar needed for soil improvement to be problematic. Calculations show that 20 tonnes per hectare of cultivated land would be needed to improve the quality significantly. “That’s almost impossible for the local people to achieve,” says Asirifi, who, however, also knows a way to solve the problem: namely by supplementing the biochar with ash. There is no shortage of that, as about 80 per cent of all Ghanaian families cook with wood or coal fires. By mixing 0.5 to one per cent ash into the biochar and spreading the mixture on the fields, ten to 15 tonnes per hectare of land will suffice – a feasible amount, as Asirifi estimates. Farmland treated in this way yields about a quarter more than an untreated one. 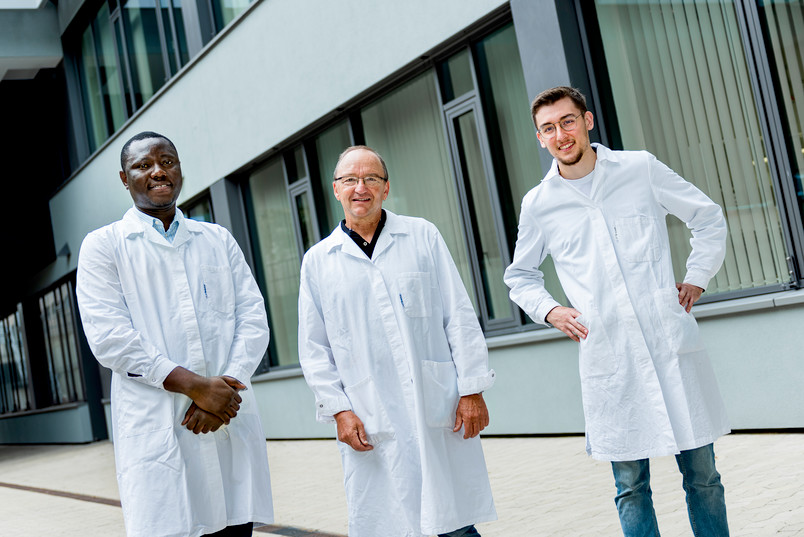 While in Germany, he is currently researching soil biology in greater depth using sophisticated analytical technology. Back in Ghana, he wants to help ensure that the findings are applied in practice. Application notes, target group discussions and workshops with stakeholders such as ministerial staff are being planned.

In 2015, the United Nations agreed on 17 urgent fields of action, ranging from ending poverty and hunger to climate protection, gender equality and transparency in institutions. The Agenda for Sustainable Development is a roadmap to the year 2030 that addresses governments worldwide, as well as civil society, the private sector and academia – all of whom are expected to align their actions with the goals. The vision is to enable people all over the world to live in prosperity and peace and to protect our planet from further damage. Many RUB academics contribute to the 2030 Agenda with their research. The research by Isaac Asirifi and Bernd Marschner contributes to goal 2 “Zero Hunger”.