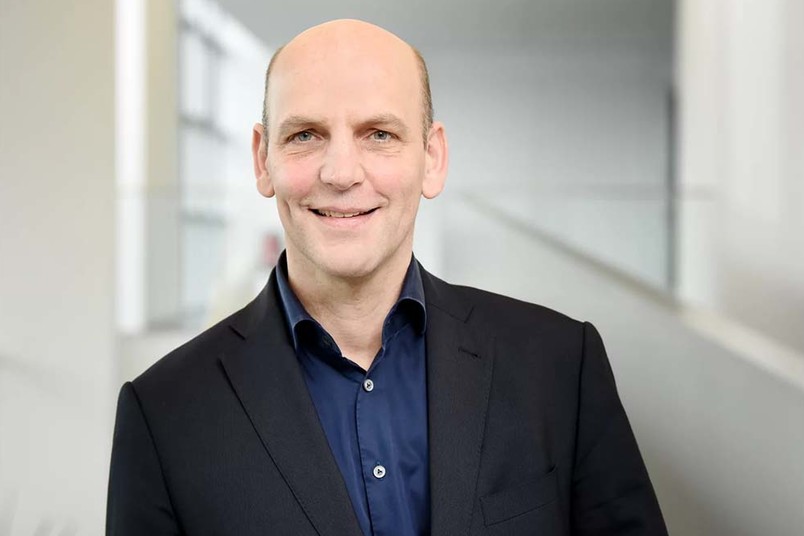 Award winner Benjamin List has been a member of the Ruhr Explores Solvation Cluster of Excellence, which is based at RUB and TU Dortmund University, from the outset.
© Frank Vinken, MPI für Kohlenforschung
Prize Winner

The chemical scientist has been awarded the Nobel Prize for his groundbreaking contribution to catalyst research. RUB and the RESOLV Cluster extend their heartfelt congratulations on this award!

Professor Benjamin List, Principal Investigator in the Cluster of Excellence “Ruhr Explores Solvation” (RESOLV), has been awarded the 2021 Nobel Prize in Chemistry. He receives the prize together with British researcher David MacMillan for the development of asymmetric organocatalysis. Benjamin List is Director at the Max Planck Institute for Coal Research in Mülheim an der Ruhr and has been involved in the Cluster of Excellence, which is based at RUB and the TU Dortmund University, since the inception of RESOLV.

“We congratulate Benjamin List on this extraordinary honour and are proud to count such an outstanding researcher among the ranks of our Cluster of Excellence,” says RUB Rector Professor Axel Schölmerich.

Catalysts are substances that enable chemical reactions in which they are not themselves involved, but which could not take place or would take place only very slowly without them. For a long time, only two types of catalysts were known: enzymes and metal complexes. Benjamin List and David MacMillan eventually discovered that small organic molecules could also be used to speed up chemical reactions. They had identified a new class of catalysts that were cheap, environmentally friendly and fast. Their discover provided research and industry with a new tool for synthesising molecules, such as pharmaceuticals.

“This is amazing,” says RESOLV spokesperson Professor Martina Havenith. “We are as delighted as Benjamin List that his outstanding pioneering work in the field of asymmetric counteranion-mediated catalysis (ACDC) has been honoured with the Nobel Prize in Chemistry.”

On board from the outset

Benjamin List has been a RESOLV researcher from the very beginning. When the cluster entered the race for the first Excellence Initiative in 2012, he was already on board. “I still remember that he was immediately enthusiastic about the idea of making solvation science the focus of research in a cluster initiative,” says Martina Havenith. List made sure to attend the 2012 assessment in person. “He postponed his skiing holiday to be there for the first RESOLV assessment,” Havenith continues.

Understanding the role of solvents

Around 200 RESOLV researchers are studying the role of solvents in chemical reactions. Such reactions, for example catalytic processes, usually take place in the liquid phase. For a long time, the role of the surrounding fluids was neglected, but it is becoming increasingly apparent that the respective solvent is actively involved in controlling chemical reactions. The insights into the role of solvent molecules inform ideas for new concepts for industrial applications – for example, in the production of chemicals or active substances.

In addition to funding from the German Research Foundation under the umbrella of the Excellence Strategy, RESOLV researchers have acquired 15 grants from the European Research Council (ERC grants).

RUB, TU Dortmund University, the University of Duisburg-Essen, the Fraunhofer Institute UMSICHT in Oberhausen and the Max Planck Institutes for Coal Research in Mülheim an der Ruhr and for Iron Research in Düsseldorf cooperate in RESOLV.