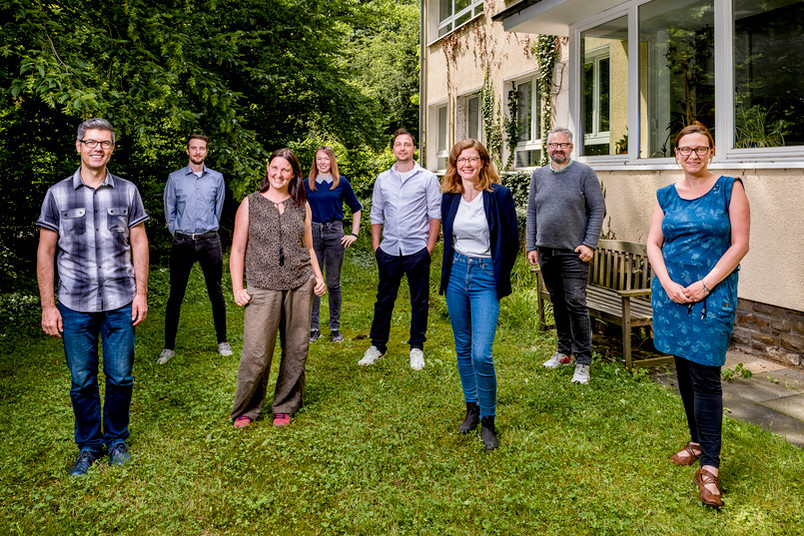 The situation regarding the education and well-being of the population of a district can be ascertained according to objective standards using local social reporting. “However, this has limited significance for the well-being of children in the corresponding district,” says Professor Sören Petermann from the Centre for Interdisciplinary Regional Research, ZEFIR. ZEFIR has thus launched the UWE survey, short for “Umwelt, Wohlbefinden und Entwicklung von Kindern und Jugendlichen in Kommunen” (English: Environment, Well-being and Development of Children and Adolencents in Municipalities”), sponsored by the Research Institute for Societal Development, the Bertelsmann Foundation and the Ministry for School and Education NRW. At its core, it concerns taking children seriously as experts on their own situation and enquiring about their subjective well-being.

As not only an academic interest but also the desire to implement specific improvements for the children lies behind this, the researchers involved are evaluating the results based on individual districts and individual schools. The schools receive results specifically relating to the institution, while cities receive an overview that is not too school-specific.

The survey as such is based on a Canadian study. The questionnaire was adapted and translated to suit the situation in Germany. Questions are asked on general life satisfaction and satisfaction in five other areas relating to family, friends, appearance, school and schoolwork. “We have adapted the questions to cater to the cognitive requirements of children,” explains Sören Petermann. “In terms of life satisfaction, we enquire about the positive feelings optimism and self-esteem, the negative feelings sadness and worry, and body image.”

Further questions concern situations that have a significant influence on the children: family, school and local community. Who lives together? How do children subjectively perceive their well-being? Do they receive support with learning? Do the parents believe in their success? When do they go to sleep, how do they feed themselves? On how many days have they had breakfast, for instance? With a view to school, UWE asks, among other things, about a sense of belonging, relationships with peers, respect and bullying.

The research by the ZEFIR team contributes to goal 3 “Good Health and Well-Being”.

“The local community outside the family, the significance of which increases with age, has so far been overlooked,” says Petermann. UWE takes into account here, for instance, whether the children feel threatened in their own local area – this can also be the case in supposedly safe districts with low crime levels.

The pilot study took place in Herne in 2017, then Bottrop was added later. The around 45-minute surveys that have currently been evaluated took place in classes seven and nine of both cities during lesson time in 2019 and were overseen by trained external supervisors. One Hauptschule (high school), four Realschulen (vocational high schools), three Gesamtschulen (comprehensive schools) and five Gymnasien (grammar schools) took part in Herne. A total of 2,711 children attended the corresponding classes, 1,751 of whom took part in the survey. In Bottrop, a total of ten secondary schools, including one Hauptschule, three Realschulen, two Gesamtschulen, one Sekundarschule (secondary school) and three Gymnasien, took part.

Few clear links to well-being based on the residential district

It was found that the Gymnasien tend to be in the higher value range for almost all of the dimensions considered, but with one exception: relationships with adults were assessed as below average. Conversely, the Gesamtschulen have comparatively lower values in most other dimensions, while there is a relatively wide dispersion for the other school types: both the school with the lowest and the school with the highest average value for well-being are one of the other types of school, i.e. a Hauptschule, Realschule or Sekundarschule. This also applies to sleep, diet and subjective well-being.

The researchers were able to identify few clear links to well-being based on the residential district. “Well-being and empowering resources for children and young people do not fit into the systematic of the usual local social reporting. The district types structure the picture much less significantly than the school types,” summarises Sören Petermann. Subjective well-being was thus no less pronounced in disadvantaged districts than in more wealthy ones. The researchers presume that poor families may make particular efforts to ensure the well-being of the children does not suffer. “Naturally, there must nevertheless be prevention against child poverty; just because there are hardly any local differences, it does not mean that all children and adolescents are subjectively doing well,” says Petermann.

The research team identified a wide range of responses among the respondents regarding body image and school experiences. The proportion of children who state that they are affected by bullying thus varies between 17 and 49 per cent for the schools and between 11 and 43 per cent for the districts.

The researchers wanted to know what low or high well-being actually corresponds to and thus included individual factors in the evaluation one after the other. This gradual approach allowed them to identify the effect of individual factors.

For instance, they identified that boys are generally doing better than girls, an effect that is further intensified as they get older. More adults in their household is associated with better well-being. Diet, sleep and school experience have a great influence on subjective well-being, followed by relationships with adults and peers. Whether, for instance, teachers and students are respectful towards each other appears to be one of the key components in children and young people having a sense of well-being. Diet and sleep, school-related self-evaluation, the quality of relationships with peers and the subjective experience of well-being follow with a somewhat weaker effect. Little changes if district type and school type are included in the assessment, as the factors previously considered are closely connected to this.

With a view to possible interventions, the research team evaluated who is actually doing particularly badly. 18 per cent of the surveyed children stated below-average well-being. 69.7 per cent of them are girls. “Why girls have a lower sense of well-being should be researched further,” says Sören Petermann. The researchers assume a reason for this is that the well-being of the girls is linked to different factors than that of the boys. Studies suggest, for instance, that their own ability and performance and individual relationships in school are more important for well-being for girls than for boys. Children of single parents often stated lower than average well-being. Some Gesamtschulen – but not all – also displayed lower values.

The researchers suggest everyday tips that could provide greater well-being, such as a cooperation with a bakery for a breakfast programme, breakfasts and other breaks spent together or a tutor system in schools. The sports provision could also be adapted or more targeted information could be provided about what is available. “At a community level, local offers could thus be specifically placed in family centres, youth centres or in youth work and provided with information about the problems that are particularly pronounced there,” summarises Petermann.

The researchers see UWE less as a one-off survey than as a tool for continuous monitoring that can help to improve the well-being of children through measures in their immediate surrounding area.