What is the difference between the brains of criminals and non-criminals?

Professor Boris Schiffer has been examining a very unusual type of person: namely people who draw attention to themselves even as early as childhood due to delinquent behaviour. Often, they are in conflict with the law again and again throughout their lives. They lack a sense of responsibility, of remorse. They exploit others for their own benefit – nothing is more important to them than the immediate satisfaction of their own needs, even if it is at the expense of others. In cases such as these, experts like Schiffer, director of the research department for forensic psychiatry and psychotherapy at the LWL University Hospital Bochum and the LWL Forensic Psychiatric Hospital Herne, diagnose dissocial personality disorder.

Approximately five per cent of men and about one per cent of women have the disposition for the disorder. “That’s a lot of people, of course, but not all of them become delinquents,” stresses Boris Schiffer. “There are certainly also many such people in executive positions, and they express their personality through other means.” A number of other factors pave the way for a criminal career. For example, the average intelligence quotient of prisoners with dissocial personality disorder is ten points below the population average. More often than not, they have a substance use disorder, i.e. they abuse drugs. “In combination, all these factors make it much easier to make a bad decision when the impulse is to satisfy personal needs,” says Boris Schiffer.

There is no moral compass

People with dissocial personality disorder are all-rounders. They are responsible for the majority of all criminal offences, starting with property offences and ending with robbery or sexual offences. Since the dissocial personality disorder alone doesn’t affect the culpability of the perpetrators, they serve time in correctional institutions and don’t end up in psychiatric detention centres.

Boris Schiffer came into contact with this type of criminal mainly in the context of assessments, where the aim is to assess the degree of dangerousness of offenders. How likely is it that they will become delinquent again after their release from prison, that they will again commit serious crimes? “The prognosis for criminals with dissocial personality disorder is poor,” explains Schiffer. “They are difficult to treat, because there is actually no moral compass to realign. All you can do is try to have them take stock of whether criminal behaviour is really worthwhile and work out the benefits of prosocial behaviour as part of a cost-benefit analysis.”

An objective criterion for dangerousness

His research explores whether any objective criteria for dangerousness might exist. It focuses on the question which neurobiological mechanisms underlie the behaviour of criminals. Is it possible to read from the brain or its activity where the differences lie compared to non-offenders, or how recidivists differ from non-recidivists? Is it possible to tell whether a therapy is having an effect? “If this were the case, we would have an objective criterion for assessing whether a therapy was successful,” points out Schiffer.

Studies have focused on two relevant criminogenic areas: empathy and emotion regulation, which is also associated with behavioural control. “Until now, it was generally assumed that the deficit in dissocial people was an affective one, not a cognitive one,” explains Schiffer. The assumption was that individuals affected by dissocial behaviour don’t empathise with others, but that they can consciously draw conclusions from people’s behaviour or facial expressions as to how they are feeling. “However, these two aspects have not yet been studied together,” says Schiffer.

In order to understand dissocial personality disorder and its effects in greater detail, he employed functional magnetic resonance imaging, or fMRI for short. It allows researchers to watch the brain at work by identifying areas of higher and lower activity based on blood flow. The RUB researchers developed an experimental design where test participants in the fMRI were each shown short image sequences in which the perpetrator and the victim interacted. Prior to this, the participants were instructed to put themselves in the shoes of either one or the other person. Afterwards, the participants were asked how they felt and how they assessed the feelings of the observed persons.

Schiffer and his team recruited three groups of people for their study, which is funded by the German Research Foundation: In addition to offenders with diagnosed dissocial personality disorder, a control group of healthy individuals, and a group of substance abusers who’d never committed any offences. “This last group was very important, because substance addiction affects, for example, people’s ability to empathise,” explains Boris Schiffer. In order to adjust for this influence, the control group had to be tested, since substance addiction or abuse is almost always also present in people with a dissocial disposition.

We had to get pretty creative to find participants.

Finding the 20 to 25 men each for the study was a challenge, according to the researcher. For one thing, offenders are incarcerated in prisons and have to be escorted to the screening in the – not transportable – fMRI. This requires the consent of judicial authorities. Due to their personality disorder, the offenders also tend to have no interest in aiding research for altruistic reasons. “It took some convincing and considerable financial incentives,” says Schiffer, who also realises that the relevant group of people may be inclined to submit false information in questionnaires. The control group, too, presented the researchers with difficulties. It took some time and effort to find them, as various factors had to be matched, including intelligence. “We had to get pretty creative in our search for test participants,” as Schiffer sums up the process. 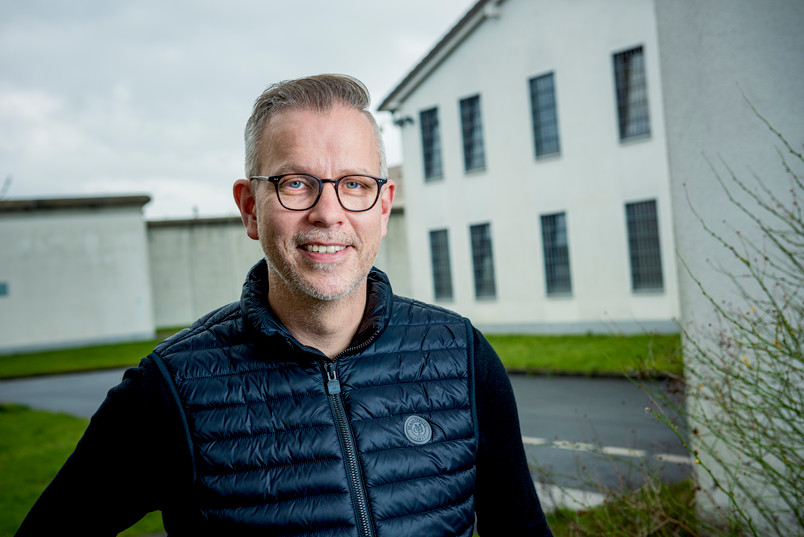 Boris Schiffer wants to know whether and how the brains of notorious criminals differ from those of other people.
© Damian Gorczany

While the evaluation of the studies is not yet complete, they showed, among other things, that dissocial personalities do empathise – but with the perpetrator rather than with the victim. “Apart from that, we are still collecting jigsaw pieces – no uniform picture has yet emerged,” concludes Boris Schiffer. “We suspect peculiarities in what could be called the perpetrator brain in three places: two places in the empathy network and one that seems to have changed in connection with the addiction problem.” What is certain is that possible structural differences visible in imaging between dissocial and healthy people are very slight. “If you compare the brain of a person with an average IQ and that of a person with an IQ reduced by ten points, you observe massive differences. Whereas the differences between criminals and non-criminals are minimal.”