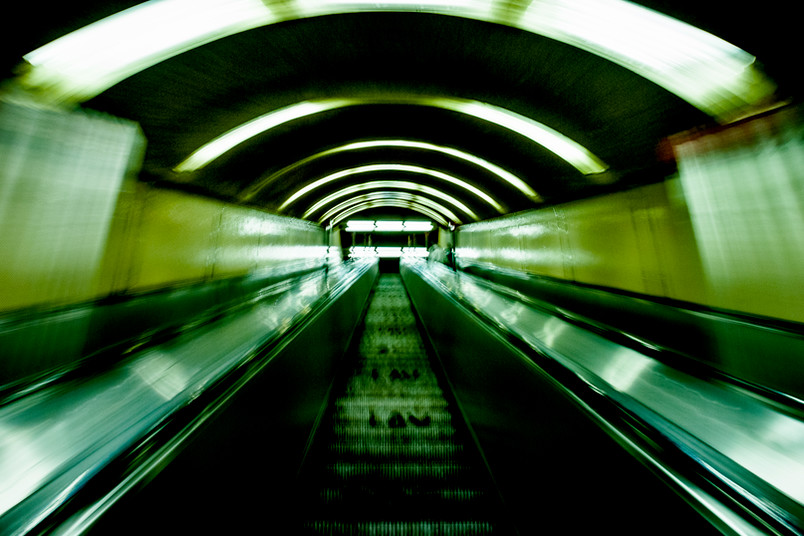 Sensory impressions are stored in a disorganised way in traumatic situations and can suddenly come back later.
© Damian Gorczany
Psychology

When the images keep coming back

Many patients experience trauma as something that will never let them go. Researchers at RUB are taking steps to change that using a simple computer training.

Suddenly, everything is back: the darkness, footsteps crunching on the footpath, the cold wind in her face, wind rustling in the leaves, the harsh voice, hands grabbing her, the sharp gravel on the pavement, a blow, then pain. If only she hadn’t walked home through the dark park at night!

Some victims are still haunted by their traumatic experiences (e.g., a night-time assault) several weeks, months or even years later. Intense fear, injury, maybe even mortal danger leave their mark. To a certain extent, this is normal. “Victims of violent crimes often experience so-called intrusions. Intrusions are involuntary and distressing memories of the trauma, giving victims the feeling that they are reliving their traumatic experience in the here and now,” explains Professor Marcella Woud. As a psychologist and psychological psychotherapist at the RUB’s Department of Clinical Psychology and Psychotherapy, she researches, among other things, the treatment of post-traumatic stress disorder (PTSD). From a clinical perspective, an individual is diagnosed with PTSD if their symptoms persist for longer than four weeks after the traumatic event. 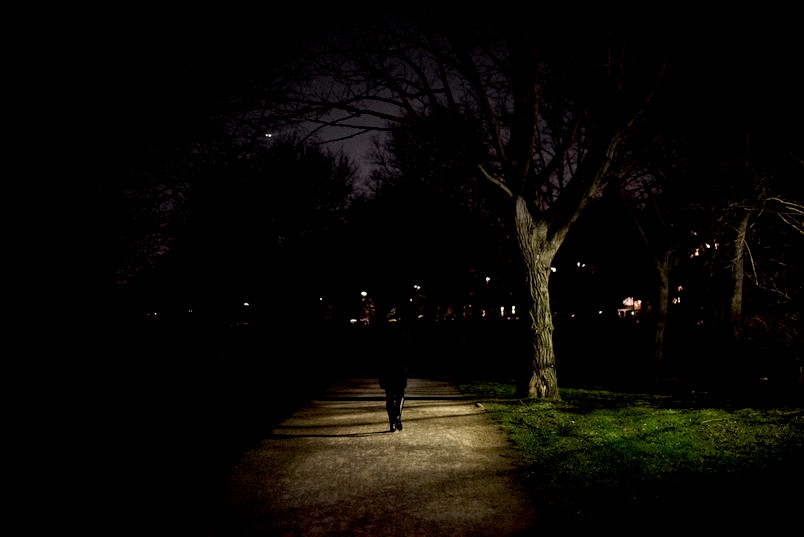 “I wish I hadn’t taken the path through the park”. Such self-reproaches make trauma victims even more difficult.
© Damian Gorczany

It depends on many different factors whether this will happen. Women are affected more often than men. People with little social support suffer more often from PTSD than those with a functioning social network. “But above all, it really depends on which person encounters which traumatic situation, in which situation of their life, and how many coping resources are available at that moment. Further, it is crucial how all this is appraised,” stresses Marcella Woud. In some cases, it is enough to have been an eyewitness to a dangerous situation, while others survive a bank robbery without developing PTSD.

“This is how you can visualise the process in the brain during a traumatic situation,” illustrates Felix Würtz, PhD student at the RUB psychology department: “While the situation is ongoing, there is a flood of stimuli, and the brain – which is basically in survival mode – tries to hold on to all the impressions in order to be prepared as much as possible for any similar situations in the future.” However, all these incoming stimuli cannot be processed properly. The experience seems literally overwhelming and can’t be integrated with existing information in memory. The memory trace is often confused, the chronology of events jumbled, and the sensory experiences are the most dominant aspects of the memory. Put differently, the traumatic experience isn’t stored correctly and this, in turn, results in intrusive memories. “You can visualise it like when you stuff a huge pile of clothes into a wardrobe and quickly close the door. If you then open it, even just a little bit, everything immediately spills out again,” explains the psychologist.

It seems that the specific thoughts that accompany the aftermath of a traumatic event are one of the determining factors in how people cope with such experiences. The way they appraise the event and their reactions related to trauma-relevant symptoms play a crucial role. Problems arise when, for example, symptoms are interpreted as a sign that the trauma has destroyed them forever, and that they have to be constantly on guard against new dangers. An example is the thought: “These flashbacks are a sign that I will never be able to cope and process the experience.”

The experience is always present

Such negative appraisals lead to maladaptive behaviours. To illustrate, PTSD-patients perceive the whole world as a threat and are thus in a permanent behavioural state of tension and extreme caution. For them, the traumatic event, such as being mugged in the park, is not an even of the past but an event of the here and now. Victims avoid certain situations due to fear of losing control; some can’t talk about the experience for this reason. “But this also prevents them from having any corrective experiences,” points out Marcella Woud. This paves the way for PTSD or depression, which is often accompanied by self-reproach and -blame: Why did I take that route? Often both disorders occur together.

To help trauma victims, Marcella Woud and her colleagues use (trauma-focused) cognitive-behavioural therapy. Among other techniques, this involves confronting the individual with the situation they have experienced as dangerous. The goal is to facilitate experiences that don’t confirm the fears and negative thoughts, but rather prove that the person e.g., doesn’t necessarily lose control in the situation. “I’m strong enough to deal with the experience in therapy and to get through it.”

Secondly, therapists specifically address the thoughts and appraisals of the event as well as the reactions. They show patients that there are other ways of appraising the event: sudden memories of the traumatic event are a normal reaction of processing the experience, and thus not a sign that one will never get over it. The important thing is that the patients come up with the alternative interpretations themselves. And they must find it plausible. “At first, we take our patients by the hand a little more, because it is not that easy to come up with alternatives. However, after some practice, we guide them less and ask them to develop their own interpretations and appraisals,” as Marcella Woud describes the therapeutic approach. 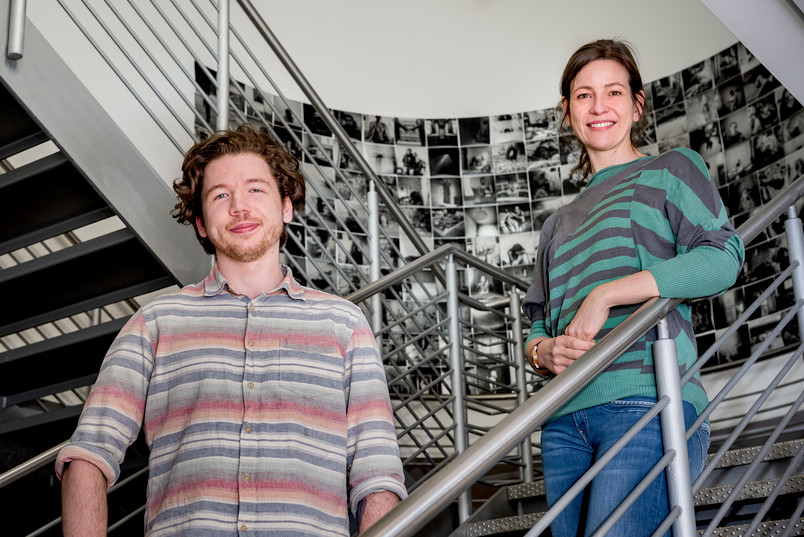 The RUB researchers developed a computer training programme that targets negative appraisals, and potentially could be used as an adjunct to therapy. Together with their cooperation partners, the research team tested the training in a randomised controlled clinical trial with 80 inpatients who were treated for their PTSD. Using the computerized appraisal training (“Cognitive Bias Modification-Appraisal”, CBM-App), patients learned to appraise recurring and stressful trauma symptoms less negatively, and instead to regard them as a normal part of processing the trauma.

During training, patients were shown statements that they had to complete. For example: “I believe that one day trusting other people will be ... poss_ble for me.” Or: “I keep thinking about the trauma all the time, which shows me that I am … pro_essing it.”  It was the patients’ task to fill in the missing letters of the word fragment presented at the end of the statement, and by doing so systematically give the sentences a positive interpretation. Over time, the statements became more and more positive, for example: “I now know that bad times in life … w_ll p_ss.” Or: “During the trauma event, I had to react quickly. What I did was … ri_ht.”

About 50 per cent of the patients completed this CBM-App training, the other half was given a placebo control training. Both trainings were administered during the first two weeks of the inpatients’ treatment in the clinic, as an adjunct, with four 20-minute sessions per week. During and after the patients’ stay in the clinic, various measurements were taken to record changes in trauma-symptoms.

The results are encouraging: patients who took part in the appraisal training subsequently appraised trauma symptoms such as intrusions and their thoughts about the trauma in a less negative way, compared to patients of the control group. They also showed fewer symptoms in various additional tests. “We conclude that the training seems to work, at least we could prove short-term effects,” as Marcella Woud sums up the findings.

One thing the researchers don’t know yet is what the long-term effect of the training will be. “Learning to think in a new way is difficult,” says Marcella Woud. “People tend to return to their old way of thinking.” Further studies are therefore needed to test whether the training also produces effects that last longer, for example after three months or even after one to two years. It would be also interesting to examine whether the training has an effect if the patients continue with the training after they have been discharged from the clinic, for example as an online take home training.

“Dysfunctional appraisals are a key transdiagnostic symptom, which means they play a role in almost all mental disorders,” says Marcella Woud. This makes it even more important to study them systematically and to train rethinking. In the context of her Emmy Noether Group and the Collaborative Research Centre 1280 on Extinction Learning, her future research will focus precisely on this – by combining basic experimental research and applied clinical research.