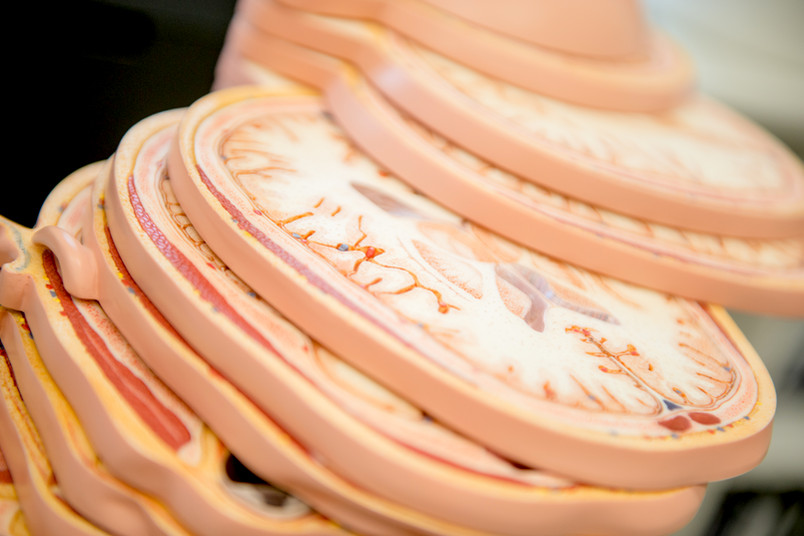 Dopamine is known to many as the reward hormone. But it is so much more.
© RUB, Marquard
NEUROPHYSIOLOGY

How a mood hormone regulates memories

Known to many as the reward hormone, it is so much more: dopamine. In its function as a neurotransmitter, for example, it helps with the way the signals are transferred between brain cells. By this means, it influences emotional, mental and motor reactions. In a recent study, two neuroscientists from Bochum investigated the effects of dopamine on spatial memory in rodents, a skill in which they excel. The researchers were particularly interested in the role of a dopamine receptor, called the D2 receptor, that is a well-established target for medication that helps treat mood disorders. PhD Candidate Violeta-Maria Caragea and Professor Denise Manahan-Vaughan present their findings in the journal “Frontiers in Behavioural Neuroscience” – published on 12 January 2022.

Your state of mind at the time-point of creating a memory can decide its content and duration. ”For example, the more drama you experience during a particular event in your life, the more persistent the memory of that event can become”, first author Violeta-Maria Caragea explained. Often this is the handiwork of dopamine acting on its receptors in the brain. The principle is the same regardless of the mammalian species concerned.

Dopamine is a key factor in the enablement of cognition and information processing in the hippocampus, arguably the most important memory structure of the brain. While the general involvement of dopamine receptors in the hippocampus is well recognised, much less is known about the specific role of D2 receptors in these processes. For this reason, the neuroscientists measured the effect of hindering the influence of the D2 receptor on synaptic plasticity in the hippocampus. “This strategy was selected as synaptic plasticity is the primary physiological mechanism underlying memory in the brain”, Denise Manahan-Vaughan explained. “Through this process, communication between brain cells is modified and optimised so that memories of experiences can be stored and retained.”

Using a dopamine receptor inhibitor, the researchers specifically interrupted the function of the D2 receptors in the hippocampus and found that preventing the action of dopamine on D2 receptors alters synaptic plasticity. In addition, they observed that receptor inhibition changed the content of spatial memory. “In particular, the rodents were not able to remember the chronological sequence of spatial events”, remarked Caragea. “Altogether, we found that the D2 receptors support short-term memory of sequences of spatial events and also help build a memory of the context of the experience.”

In sum, the study showed that D2 receptors must be activated during the initiation of synaptic plasticity and during spatial memory storage in order for both processes to function optimally. Moreover, as Caragea concluded: “These findings suggest that in a healthy brain, dopamine D2 receptors help build semantic and temporal context in memories of spatial experience. One way through which this is enabled is by means of the optimisation of synaptic plasticity.“

The study was funded by the Collaborative Research Centre 874 (SFB 874) of the German Research Foundation. The SFB 874 “Integration and Representation of Sensory Processes” has existed at RUB since 2010. The researchers examine how sensory signals generate neuronal maps, and how this leads to complex behaviour and memory formation.