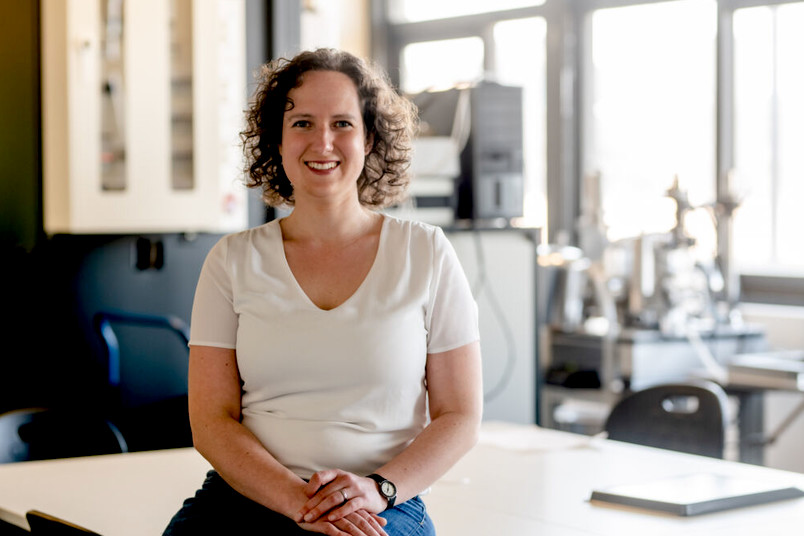 Insights into a unique form of superconductivity

As part of her ERC Starting Grant, Anna Böhmer is researching specific electron states in superconductors. The recently discovered phenomenon raises many questions.

In some materials, electrons assume an unusual state, the so-called nematic order: they don’t move evenly in all directions, but spontaneously assume a preferred orientation. Researchers have now described this recently discovered behaviour in several superconductors, i.e. in materials that can conduct electricity without loss. So far, however, there have been no high-resolution methods to study such nematic superconductors. Professor Anna Böhmer hopes to change that. The experimental physicist at Ruhr-Universität Bochum has been awarded a Starting Grant by the European Research Council ERC. She will receive 1.5 million euros over five years for her research on nematic superconductivity.

Researchers still lack methods to study nematic superconductivity. Elastic properties could help here. This is because a material that is about to enter the nematic phase can be stretched quite easily in the nematic direction. Mechanical stiffness thus offers a way to gauge the tendency towards nematic order.

However, the resolution of conventional strain measurements is too low for this purpose. Other methods based on measurements of the speed of sound are not suitable for the materials, because the samples are often too small or not perfect enough. Within the framework of her grant, Anna Böhmer is therefore pursuing a new approach. She plans to determine the elastic deformation with so-called capacitive dilatometry, which has a particularly high resolution. “We can use it to detect when a three-millimetre-long sample changes by fractions of an angstrom,” explains Böhmer. “That’s like the world’s tallest building of 830 metres getting smaller by the thickness of a spider’s web.”

Böhmer and her team plan to study two different classes of materials in which nematic order and superconductivity interact. The group also aims to determine the nematic properties of novel superconductors. “This will give us new insights into the decades-old field of unconventional superconductivity,” says Böhmer. The experimental approach the researcher is testing should also be transferable to other questions in experimental solid-state physics and materials science.

Anna Böhmer studied physics at the Karlsruhe Institute of Technology (KIT) and the Ecole Polytechnique in France. She completed her PhD at KIT in 2014. She then worked as a research associate at Iowa State University before assuming the chair of a Helmholtz Young Investigators Group at KIT in 2017. Since 2021, she has held the professorship for experimental solid-state physics at RUB.