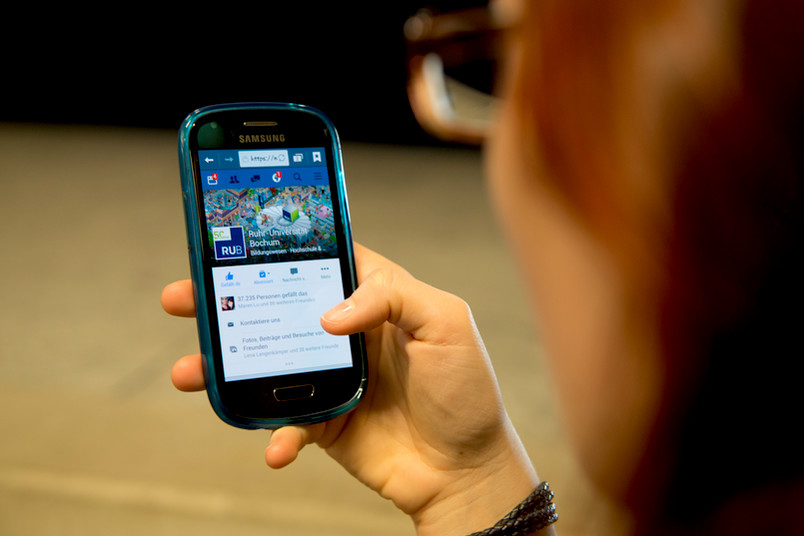 Our eyes are glued to the smartphone display for over three hours a day.
© RUB, Marquard
Psychology

How much digital detox is necessary to live a better life? The good news is that we don’t have to waive them completely.

We blame smartphone use for a number of negative consequences, ranging from neck pain to addictive behavior. Privat-Dozentin Dr. Julia Brailovskaia and her team set out to determine whether our lives are actually better without smartphones, or rather: how much less smartphone use per day is good for us. The psychologist from the Mental Health Research and Treatment Center at Ruhr-Universität Bochum (RUB) had around 200 test participants each do without their smartphones completely for a week, reduce their daily use by one hour or use the smartphone in the same way as before. Their findings show: in the long term, those who reduced their use fared best. The researcher report in the Journal of Experimental Psychology: Applied from 7 April 2022.

How much smartphone use is good for us?

On average, we spend more than three hours a day glued to our smartphone screens. We google, look for directions, check emails or the weather, shop, read the news, watch films, hang out on social media. It seems reasonable to suspect that all this is not good for us. Studies have shown that smartphone use is linked to problems such as less physical activity, obesity, neck pain, impaired performance, and addiction-like behavior – to name just a few. “The smartphone is both a blessing and a curse,” says Julia Brailovskaia.

Her team wanted to know: how much smartphone is good for us? To this end, the researchers compared the effect of complete smartphone abstinence versus a reduction in time spent daily looking at the screen and versus continued use without any changes. They recruited 619 people for their study and divided them randomly into three groups. 200 people put their smartphone completely aside for a week. 226 reduced the amount of time they used the device by one hour a day. 193 people didn’t change anything in their behavior.

The researchers interviewed all participants about their lifestyle habits and well-being immediately after the intervention, one month and four months later. How much did they engage in physical activity? How many cigarettes did they smoke a day? How satisfied with their life did they feel? Did they show any signs of anxiety or depression? “We found that both completely giving up the smartphone and reducing its daily use by one hour had positive effects on the lifestyle and well-being of the participants,” as Julia Brailovskaia sums up the results. “In the group who reduced use, these effects even lasted longer and were thus more stable than in the abstinence group.”

It's not necessary to do completely without

The one-week intervention changed the participants’ usage habits in the long term: even four months after the end of the experiment, the members of the abstinence group used their smartphone on average 38 minutes less per day than before. The group who had spent one hour less per day with the smartphone during the experiment used it as much as 45 minutes less per day after four months than before. At the same time, life satisfaction and time spent being physically active increased. Symptoms of depression and anxiety as well as nicotine consumption decreased. “It’s not necessary to completely give up the smartphone to feel better,” concludes Brailovskaia. “There may be an optimal daily usage time.”