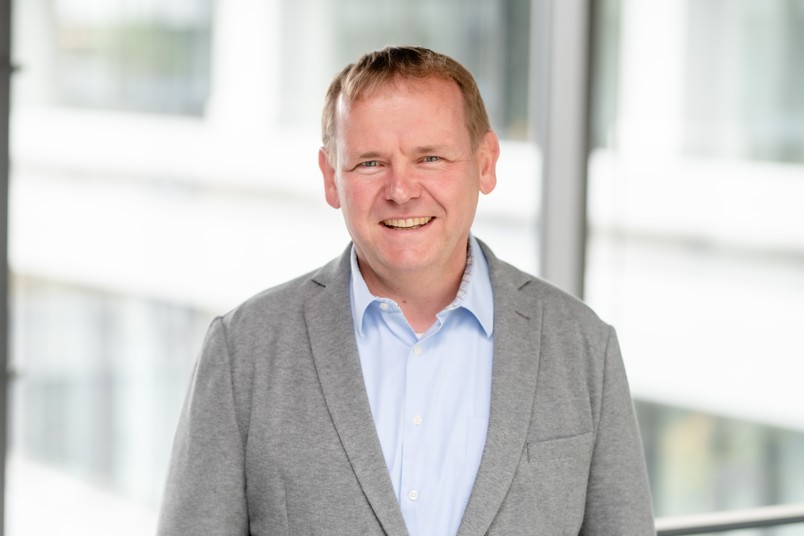 Laying the foundations for hydrogen economy

In order to get hydrogen into widespread use as an energy carrier, it is necessary to scale up production processes. Roland Span intends to conduct the required basic research within the framework of an ERC grant.

Hydrogen plays an important role in all concepts for reducing CO2 emissions. We know in principle how it can be produced and liquefied for transport – but these processes must be implemented on a much larger scale if hydrogen is to become the basis of a future global energy market. To date, fundamental research is still lacking. Professor Roland Span at Ruhr-Universität Bochum (RUB) is developing material data models that accurately describe the properties of hydrogen under various conditions and, for example, form the basis for simulations of liquefaction plants. The European Research Council (ERC) is funding his work with an Advanced Grant, worth 2.5 million euros for five years. The project starts in October 2022.

In order to scale up processes for hydrogen production and liquefaction, simulations are essential. These, in turn, are based on property models for the involved substances. Unlike other substances, however, hydrogen has so far been insufficiently measured. This is because highly accurate methods for measuring thermodynamic properties developed since the 1980s can’t yet be applied at temperatures as low as those that are characteristic of liquid hydrogen. Calculations of the properties of hydrogen are therefore fraught with uncertainties up to ten times greater than those of methane or nitrogen, for example.

“Our ‘ThermoPropHy – Thermodynamic Properties for Hydrogen Liquefaction and Processing’ project will enable us to tackle fundamental and highly ambitious work in the field of thermodynamic property research for hydrogen technology and especially for the large-scale liquefaction of hydrogen,” says Roland Span, head of the Chair of Thermodynamics. In addition to the ERC grant, RUB supports his team with investment funds amounting to 450,000 euros, which are provided via a large-scale equipment application for research infrastructure. “This means that we have the chance to be at the forefront of this research in the international arena,” says Span.

In industrial applications it is important to know exactly the density and the speed at which sound propagates in hydrogen – even at very low temperatures. The density must be known, for example, in order to correctly determine and calculate the amount of hydrogen consumed. The speed of sound is an interesting factor, because flow rates can be measured precisely with acoustic methods. In addition, exact measured values for density and sound velocity also constitute the basis for the development of property models, from which all other thermodynamic properties can then be calculated. These properties are needed to optimise the design of technical plants. This is why the Bochum researchers aim to measure density and sound velocity down to a temperature of about 14 Kelvin, i.e. far below the limits of the temperature range that has been accessible with high precision to date.

Span’s team will describe solid phases of impurities in hydrogen, which can freeze out at the extremely low temperatures and cause technical problems, with precise models that are consistent with those of the liquid phases. The researchers also plan to measure and model thermodynamic properties of mixtures of helium, neon and argon with high precision. These models form the basis for the simulation and ultimately the technical implementation of energetically highly efficient liquefaction processes for hydrogen, which are known as mixed fluid cascade processes.

Overall, the research is expected to make process simulations in the field of hydrogen technology more accurate and reliable in the future.

Roland Span studied mechanical engineering at RUB, where he completed his PhD in 1992 and his habilitation in 1999. From 1993 to 2000, he headed the research group “Multiparameter equations of state” at the chair of Professor Wolfgang Wagner. In 2001, he moved to the company ALSTOM Power Technology in Switzerland as project and group leader for gas turbine research. From 2002 to 2006, he held the Chair of Thermodynamics and Energy Technologies at the University of Paderborn. In 2006, he was appointed to the Chair of Thermodynamics at RUB. Span won, among other accolades, the Applied Energy Award for a Highly Cited Review Paper in 2017 and the SINTEF and NTNU CCS Award 2019 for fundamental research in the field of reducing atmospheric CO2 emissions through carbon capture, transport and storage.