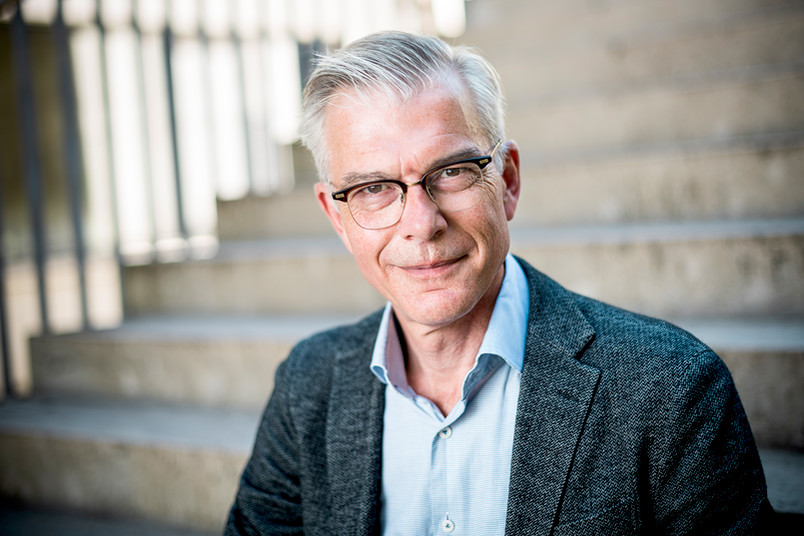 The ageing population is putting pressure on the labour market and the pension system. Still, we shouldn’t be alarmed, says Martin Werding, newly instated Sage of Economy.

The labour market and social security systems are feeling the pressure of an increasingly ageing population to an ever growing extent. In our interview, RUB economist Professor Martin Werding, who was recently appointed as member of the Council of Economic Experts advising the German Federal Government, discusses the acute challenges posed by demographic change and measures that all of us, whether young or old, can take to tackle these challenges and make provisions for the future.

Professor Werding, managing demographic change is one of the central challenges for our country. You’ve been researching this development for years. What do your calculations suggest?
The percentage of old people in Germany’s total population has been rising significantly for years. A simple indicator such as the demographic old-age dependency ratio reveals how precarious the situation is. The old-age dependency ratio puts people of retirement age 65 and older in relation to 100 people of working age between 15 and 64. Looking at the period from 2000 to 2035, the ratio will be doubling in that time.

We are now facing an acute phase of demographic ageing.

In the first 20 years – the latest actual data are from 2020 – a third of this increase has already occurred. That leaves 15 years in which another two-thirds will be added. This means that we are now facing an acute phase of demographic ageing. 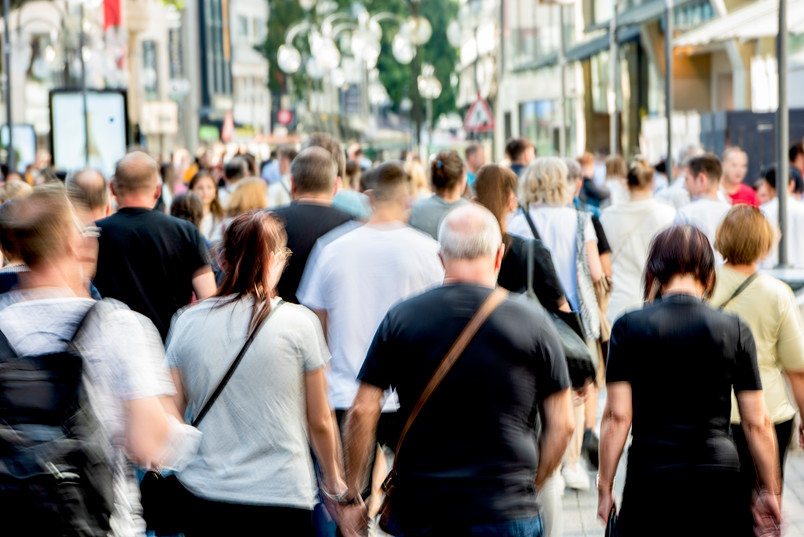 What does this development mean for the labour market and the workforce?  Are younger people sure to get a job?
In principle, this is good news for everyone who is now entering the labour market. However, the surrounding conditions are also crucial: How are wages and non-wage labour costs developing? What incentives does the respective labour law provide? We’ve made many things more flexible in these respects over the last 20 years.

But there are two sides to it: some employment relationships have deteriorated. Some people refer to this trend as precariousness. On the other hand, many regular, well-paid and high-skilled jobs have also been created during this time. So, the labour market has seen a positive development. If the current demographic trend means that employers are desperately looking for employees, then we have to make sure that we maintain and improve the structural conditions for the labour market.

The competition for talent is getting tougher. Does this mean that young people can make higher demands?
The current trend in the labour market is very good, despite all crises. Young and old can benefit from this. Young people today want to make room for their families, for example, and these are very legitimate demands. As an employer, you have to be attractive and respond to such requests, for example by introducing the 35-hour week. Still, you must make sure that your entire workforce benefits from such concessions. 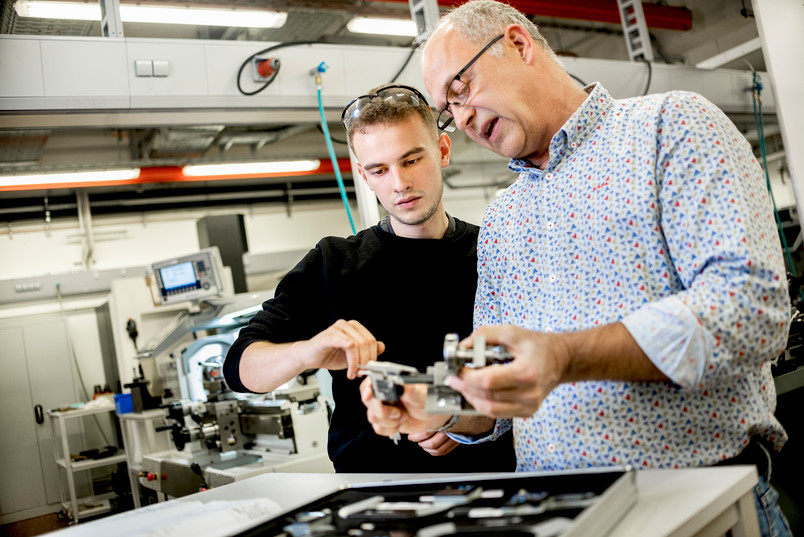 At RUB, people work hand in hand across the generations.
© Damian Gorczany

What measures can we take to counter the bottlenecks in the labour market – also in view of the existing shortage of skilled workers?
If you ask in purely quantitative terms what could have the strongest effect, I would say: the utilisation of achievable qualifications. That starts in the education system. Here, we have to ensure real equality of opportunity so that everyone can realise their potential. Women’s qualification levels are on average better than men’s, but in the end they work less. This is where we still see a need for action.

How can we increase women’s participation in the labour force?
Over the past 40 years, women’s labour force participation has risen dramatically. But there’s still room for improvement, especially with regard to their regular working hours. Women would demonstrably work more than they do at the moment if, for example, they had access to better childcare options and support services for young parents. Both employers and the government’s family policies have a role to play here.

Which role does immigration policy play?
Immigration has been enormously important for the German labour market. While we do have a few structural disadvantages – we have a difficult language and we aren’t located in the sunny south of Europe respectively the world – we are still attracting a lot of interest from abroad. And this interest mustn’t be allowed to wane.

How can we increase the attractiveness of the German labour market for talents from emigration countries?
We must make sure that immigration opportunities become more widely known, including among qualified people from other EU countries. And we must make greater efforts to recognise existing qualifications of non-German professionals more quickly, to give them the opportunity to integrate smoothly.

Immigration has a network effect.

Immigration has a network effect: successful immigrants report back home how they are doing and attract others. If we were to let the current flow stop, we’d create a real problem for ourselves. In this case, bottlenecks in the labour market would keep getting worse and worse.

There are currently major upheavals on the horizon, driven, in part, by global digitalisation. Are we seeing the dawn of a new era?
A lot will change in terms of technology. The first round of digitalisation is largely behind us. The second digitalisation push is still ahead of us. The whole process has qualities that are probably even more drastic than the initial automation that happened in the 1960s. The introduction of robots into industrial production was a turning point and led to the labour market problems of the 1970s and 1980s. Structural change has weakened some regions, but has worked out on the whole.

If you were to venture a prognosis: what will our work environment look like in 50 years?
I believe this is impossible to predict. Even 50 years ago, we couldn’t have imagined many of the things that govern our working lives today. But what we can trust is that technological upheavals, such as digitalisation, will never lead to us running out of work. There are no signs of that. On the contrary, new tasks are emerging that didn’t exist before. Unfortunately, there will be locations and professions that come under pressure, where existing qualifications no longer match what is in particularly high demand in the labour market.

If we don’t mess up the framework for labour markets to perform well, they will remain dynamic enough.

During the transitional period in particular, people will have to adapt to new challenges, will have to train, qualify and retrain. But work disappearing on a large scale? That hasn’t happened in the past 50 years, and it is unlikely to happen in the future. Our overall economic employment development doesn’t have to suffer from this. If we don’t mess up the framework for labour markets to perform well, such as non-wage labour costs, they will remain dynamic enough.

Last but not least: as newly appointed Sage of Economy, what is your advice to the younger generations with regard to choosing a job and pension plan?
As far as the pension plan is concerned, young people should be prepared to set aside a not too large portion for a high-yield pension fund to supplement their compulsory contributions to the state pension scheme, i.e. the pay-as-you-go pension, from the moment they arrive on the labour market and are earning a regular salary.

How do you choose the right fund?
Ideally, policymakers would create more standardised solutions in the future to ensure that people can identify the best possible option and are not at a loss when faced with hundreds of products. What we’re talking about is a stock-market based pension that might even be publicly administered. Something like this already exists in Sweden: the state fund there has a 40 per cent market share and shows one of the best performances. If you have such guidelines, you don’t have to worry so much as a young person and can expect adequate retirement provisions in 40 to 50 years.

Don’t be alarmed and don’t let the high risks spoil your mood.

Apart from that, my central message is: don’t be alarmed and don’t let the high risks spoil your mood; rather, join the labour market with good qualifications, see what you can achieve, and get involved in politics.