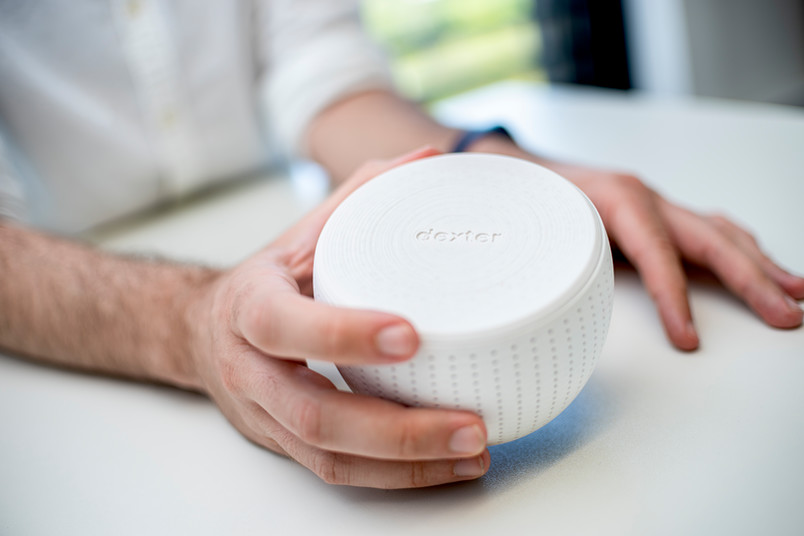 Dexter is different from usual office equipment because it has no display, is simply everywhere, and because an artificial intelligence runs in the background.
© Damian Gorczany
Social Science

“Dexter, I need help getting up!”

At the end of a working day, nurses have covered quite a few kilometres. They would like to save themselves some of the trips. Voice assistants might help do just that.

A light comes on in the ward room – the patient in room 4 has pressed the nurse call button. Nurse Claudia quickly ends her phone call and heads down the corridor. She hurries – after all, the patient is quite elderly, and this morning she wasn’t doing too well. “Hello Mrs. Schulte, how can I help you?” the nurse inquires anxiously once she arrives at her bedside. “Oh, I’d just like a cup of coffee, is that all right?” the old lady asks kindly. “Yes, sure!” The nurse is reassured and makes her way across the long corridor for the lounge. She walks back to the patient’s room with the cup of coffee and then heads back to the ward room to continue her interrupted phone call.

A coffee without worry

With dexter, she could have saved herself two trips and a few minutes. And she wouldn’t have had to worry about the patient either. Just like its close relatives Alexa, Siri & Co., the voice assistance tool dexter is a smart speaker. Like them, it needs a code word to wake it up. Then, it can perform a variety of tasks: for example, it can establish a voice connection between the patient’s room and the ward, so that Mrs. Schulte can ask for a coffee and Nurse Claudia can bring it right away, without having to run back and forth several times. It could also suggest a priority to the nursing staff if there are several requests coming from several rooms. The coffee request would then be suggested to the nurse with less urgency than, for example, the request to be assisted to the toilet or to take care of a possible emergency. Dexter could also step in as a translator when communication between staff and patient is tricky due to language barriers. Or it could help with documentation directly at the bedside on the basis of spoken statements, which is something that takes up a lot of time in the daily clinical routine. 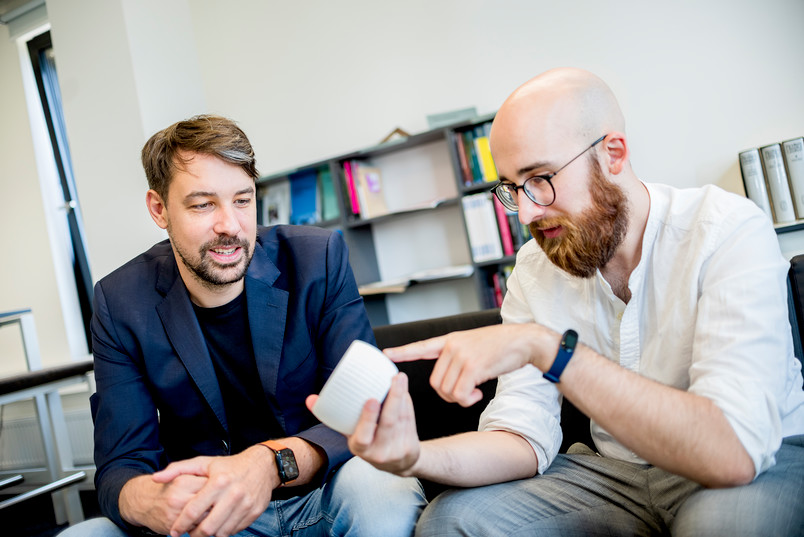 “The possibilities are endless,” is how Professor Sebastian Merkel describes the device. The Junior Professor for Health and E-Health at the RUB Faculty of Social Sciences and his team want to know: Which options make sense? What do nurses want? Do they actually want technology to assist them? How do they integrate dexter into their everyday routine – or do they integrate it at all? Do patients and people living in care homes accept the system? The researchers will be exploring these questions in the “dexter” project, which has been funded by the Federal Ministry of Education and Research for two years, starting in September 2021. The start-up “dexter health”, which developed the smart speaker specifically for this purpose, is in charge. “This latter aspect is extremely important, because we can’t use commercial smart speakers for reasons of data protection,” explains Merkel. After all, sensitive health care data is at stake.

The dexter speaker complies with the European General Data Protection Regulation. With commercial systems, there is no way of tracing to whom the collected data might be transferred. “This is why there are also considerable reservations about them, especially among managers and IT departments of hospitals and care homes,” says Merkel. Dexter renders the data flow controllable and reliable.

Merkel and his team held several workshops with nursing staff to discuss their ideas and wishes for a language support system that could be used in compliance with data protection laws. “There’s a common narrative that nurses tend to reject such technical aids in general, because they understand their job to be a caring profession and feel that technology interferes with this aspect,” says Sebastian Merkel. “Our aim was to put this notion to the test and find out whether this is really true or whether it has perhaps taken on a life of its own and no longer applies.”

“Many say: I’d love to be able to delegate tedious tasks to the system.”

The researchers were surprised by the results of the workshops: “The participants had only very few reservations about a speech assistance system,” says the researcher. “Perhaps this is because many already use such a device at home and are used to it,” he speculates. But perhaps the trade-off between the time saved by using such a system and the possible disadvantages is in favour of the system.

“When asked what they would like to get from such a device, many said: ‘I’d love to be able to delegate tedious tasks to the system’,” points out Sebastian Merkel. First and foremost, the nurses would like to have support with documentation. Secondly, they listed assistance with exercises in therapy or rehabilitation. “In speech therapy or occupational therapy, there are some exercises that have to be frequently repeated, pretty much like homework, and where many patients tend to have little motivation,” explains Sebastian Merkel. “A device like dexter could remind them of their exercises and encourage them to do them. It could also perhaps monitor or record the exercises so that the therapist can check them later.”

In the next step, the researchers want to look at the interaction patterns between people and the device. To this end, they will first simulate scenarios in which dexter is used, such as a ward room in a geriatric ward of partner hospital. The participants will be only partially briefed in advance, because the question is how they interact with the system. Do they accept it? Do they ignore it? Do they develop a personal relationship with the device – after all, it has a name? What are their emotions towards it? Is there frustration, for example when dexter won’t understand what is being said to him three times in a row? 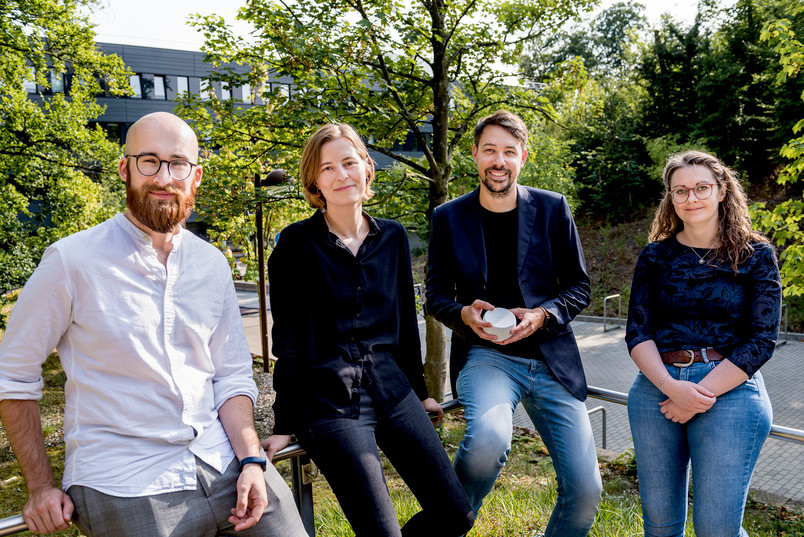 “The voice assistant differs in three aspects from other technical devices that surround us every day,” explains Sebastian Merkel. “Firstly, it speaks. None of our traditional office devices do that. Secondly, it lacks a conventional interface such as a monitor. Dexter is ambient, which means it is everywhere. Thirdly, there is an artificial intelligence working in the background.” Interaction with such systems in a professional context is still pretty much unexplored. The dexter project will change that. Perhaps dexter will become a fully-fledged member of the team in just a few years.