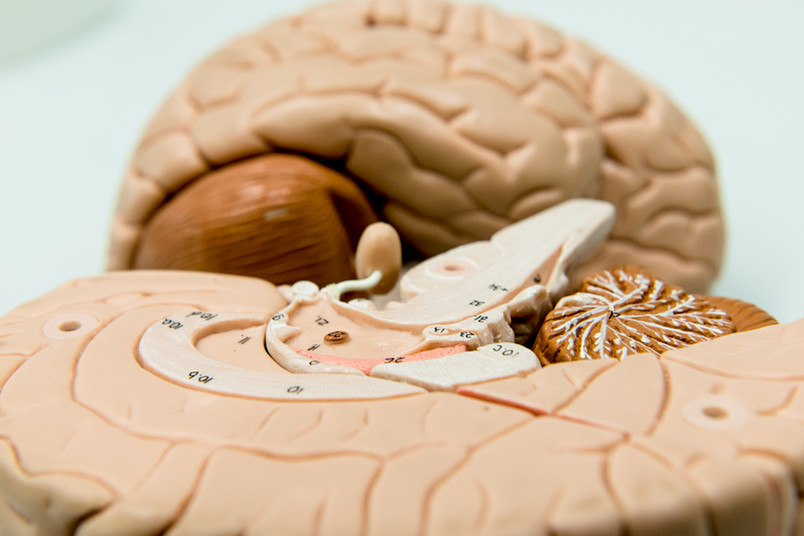 Rapid eye movements provide simultaneous counterchanges of luminance at the borders between dark and bright regions. This results in the initiation of propagating activity waves in the primary visual cortex.
© RUB, Marquard
Neuroscience

Darks are conveyed faster than lights

Scientists have investigated how we perceive movement. They show that contrasts between object and background lead to activity waves in the brain that aid perception.

”Did something move over there?“ Everyone has experienced this situation. One is looking towards a sound source, but with the best will in the world, one cannot detect an object. Only its sudden movement, even if minimal, allows its immediate perception.

Scientists at the Ruhr-Universität Bochum (RUB) have investigated this phenomenon and show for the first time how simultaneous counterchange of luminance at the borders between object and background triggers activity waves in the visual brain. These waves may constitute a sensitive signal for motion detection. The results of this study have now been published in “The Journal of Neuroscience”.

There are many examples in the animal kingdom how body form and surface patterns are used for camouflage by mimicking the surrounding environment. Both predator and prey apply the same strategy. To escape perception, dark-light distributions of the specific natural backgrounds are imitated. “The elementary first step in vision comprises distinction between darks and lights. However, any visual system is confronted with the difficulty of creating a meaningful order out of the manifold distributions of light contrasts in order to identify objects.

One efficient mechanism might be to account for coherent spatiotemporal changes of luminance that inevitably occur through body motion against backgrounds”, says the head of the study, PD Dr Dirk Jancke. Using an imaging procedure with high resolutions, the scientists revealed that a simultaneous counterchange of luminance of neighboring stimuli creates a sequential activation in the primary visual cortex. The subsequently evoked activity waves and their direction may be used in higher brain areas for the encoding of motion.

Race of signals in the brain

In their study, the scientists presented small gray squares on a monitor screen. The squares then either turned bright or dark with identical luminance intensities and the scientists recorded the subsequent brain activity. The surprising result was that the darkening squares were represented considerably earlier in the brain than the squares that brightened. “This shows that simultaneous changes in luminance occurring in the outer world were time-shifted in the brain”, says Sascha Rekauzke, first author of the study.

A small temporal offset of a few milliseconds between the processing of darks and lights was already known. Within the eyes, retinal bipolar cells that signal “light off” open their ion channels directly upon transmitter release. In contrast, “light on” signals are conveyed indirectly, via further intracellular cascades.

The RUB scientist now showed that the resulting time difference is further amplified within the brain, in the range of about ten milliseconds. As a consequence, simultaneous counterchange of luminance at neighboring locations leads to a spatiotemporal offset of activation in the brain. This offset triggers a motion signal in the form of a wave of activity spreading asymmetrically in one direction.

Asymmetries are widely used in biological systems. A common example is the problem of sound localization. Acoustic waves from laterally displaced sources reach the ears with minimal temporal offset. From the interaural time difference neuronal networks compute time delays and our brain interprets from them the presumed direction of the sound source. Dirk Jancke: “Our brain is a giant comparison machine based on self-generated asymmetries. Our study further substantiates this and shows that this is true even for elementary steps in perception.“

The Deutsche Forschungsgemeinschaft (German Research Foundation) has financed the study, e.g. under the framework of Bochum's Collaborative Research Center 874 “Integration and Representation of Sensory Processes” (Project A2, Eysel/Jancke).