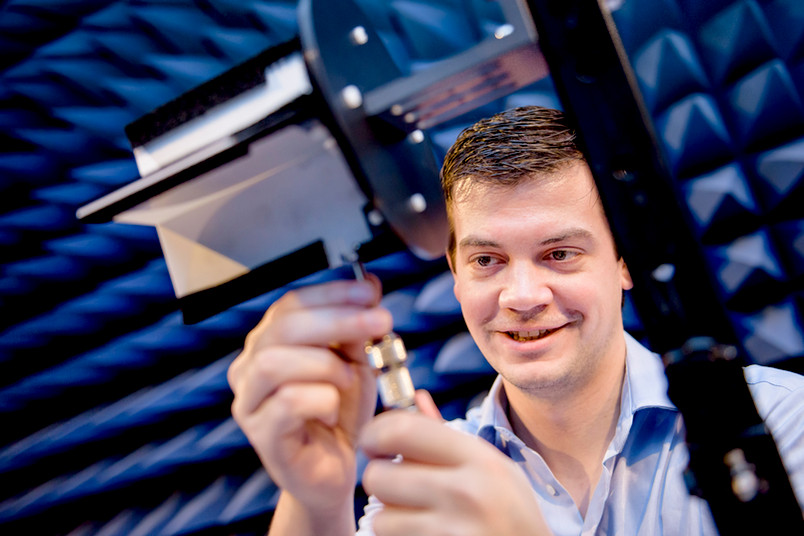 New technology for land mine detection

In Colombia, large areas are teeming with mines. Finding them using traditional technologies is as good as impossible, because all mines are different.

In collaboration with partners from South America, engineers at the Ruhr-Universität Bochum and Technical University Ilmenau are developing an advanced method for humanitarian mine clearance in Colombia, which is based on ground penetrating radar technology. In the long run, they are aiming at developing a handheld device that will detect different mine types on rough terrain without fail.

Even though Colombia has not experienced any military conflicts, many areas are teeming with land mines which had been laid by guerrilla forces and members of drug cartels. Because the booby traps were not industrially manufactured but had been assembled from various everyday objects, they are almost impossible to detect with traditional methods.

In the first step, the international research team built a number of land mines from everyday items, with empty detonators instead of explosives. They were used as templates for virtual computer models, which the engineers used to simulate the radar signal that each mine would generate.

The engineers analysed the simulated radar signals to identify properties that are typical for mines, but are not generated by other objects, such as stones or shrapnel. This information is fed into the analysis of the gathered radar data; this is how they set up their system to perform an automated search for properties that are typical for mines.

In theory, the method works. Now, the engineers have to get it up and running in reality and optimise it for application in a handheld device. According to their estimates, it will take another two to three years for a prototype to be completed.

Mine clearance in Colombia agreed upon

In 2015, the FARC guerrilla and the Colombian government agreed on a comprehensive mine clearance. To date, the country’s military has been mainly using metal detectors to search for booby traps. However, the traps contain barely any metal, and there are many other metal objects in the ground.

Baer: “All mines must be found, because it is a humanitarian project.” This is why the team knows that they won’t file any patents. The technology they develop is meant to be publicly available.

Article including pictures in Rubin

A detailed article with pictures can be found in Rubin, the Ruhr-Universität’s science magazine. Texts on the website and images in the download page are free to use for editorial purposes, provided the relevant copyright notice is included.