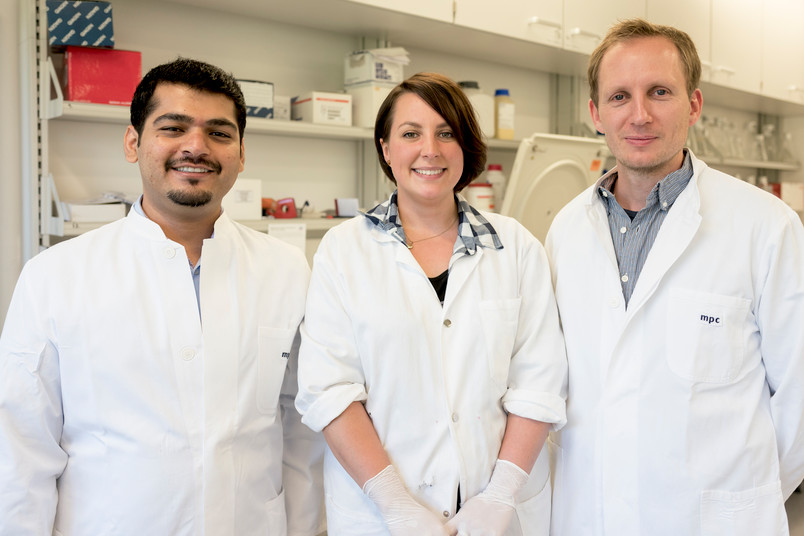 Poison in the brain

The following factors facilitate the formation of putatively toxic structures in the neuronal nuclei of Alzheimer’s patients.

Spherical structures in the nucleus of nerve cells, so-called nuclear spheres, are suspected to trigger Alzheimer’s disease. A team headed by Dr Thorsten Müller from the research group Cell Signaling in Neurodegeneration has for the very first time demonstrated the presence of the presumably toxic protein aggregates in the human brain. The researchers from Ruhr-Universität Bochum have published their article in the journal Neurobiology of Aging.

Moreover, the group from Bochum analysed in what way nuclear spheres are generated. It was demonstrated in experiments with cell cultures that the amyloid precursor protein (APP) plays a crucial role in this process. APP has long been associated with Alzheimer’s disease.

The researchers observed that nuclear sphere generation preferably takes place, if the amyloid precursor protein carries no phosphate group in a specific amino acid. An APP cleavage product, moreover, is contained in the nuclear spheres.

The researchers have ascertained that decreased phosphorylation mainly occurs in those areas of the brain that have a high plaque load, typical of Alzheimer’s disease. The researchers have published an article on this topic in the journal “Cellular Signalling” in August 2016.

“We assume that nuclear spheres are toxic and contribute to the death of nerve cells,” explain Katharina Kolbe and Hassan Bukhari, lead authors of the publications. The generation of nuclear spheres may thus be a crucial mechanism for Alzheimer’s disease.

“In the medium term, the results we have gained will pave the way for novel Alzheimer’s hypotheses that go beyond the amyloid hypothesis, which has been studied for over 20 years,” says Thorsten Müller. One should not rule out the possibility that these findings may gain crucial importance in therapeutic interventions in the long term.

The research was funded by the German Research Foundation (MU3525/3), as well as by the Mercator Research Center Ruhr (MERCUR: AN-2013-0024) and Forschungsförderung Ruhr-Universität Bochum, Medizinische Fakultät (F800-2014).