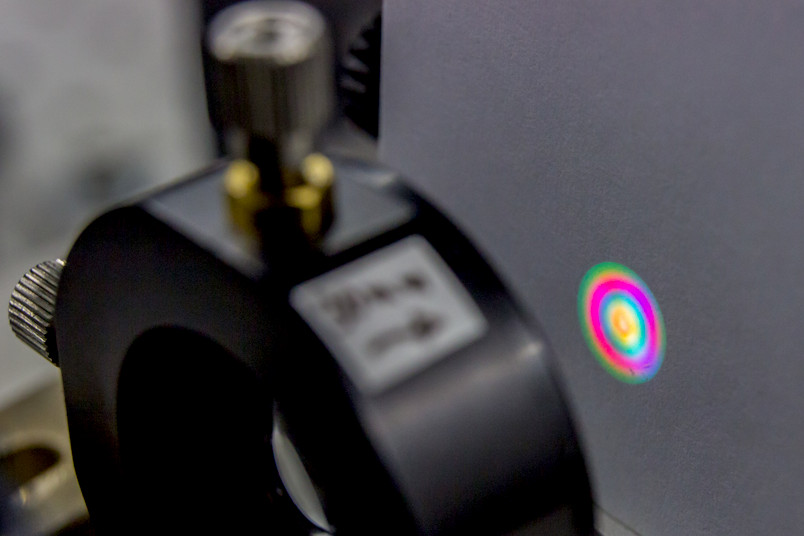 How solvent molecules cooperate in reactions

The solvent is far more than just the environment for a chemical reaction. A recent study reveals new insights into the role of solvent molecules.

Molecules from the solvent environment that at first glance seem to be uninvolved can be essential for chemical reactions. This has been shown by researchers studying the formation of an ether in pure solvents and in their mixtures. They explained the underlying mechanisms in detail using advanced spectroscopic and theoretical techniques. The conclusion: even solvent molecules that do not participate directly in the reaction are essential for the reaction process and can significantly influence reaction partners.

The results were described by a team of experimental and theoretical chemists from Ruhr-Universität Bochum, the University of Würzburg and the Max-Planck Institut für Kohlenforschung in Mülheim an der Ruhr in the journal “Nature Communications”.

Reactivity switched on by light

A flash of light can turn a rather inert chemical precursor into a highly reactive molecule, which itself reacts with surrounding solvent molecules. This can happen in less than a billionth of a second. One example is the molecule diphenylcarbene: it reacts quickly to an ether when methanol is the solvent. However, this reaction is not possible with the solvent acetonitrile.

The researchers led by Dr Elsa Sanchez-Garcia and Prof Dr Patrick Nürnberger investigated what happens when diphenylcarbene is present in a solvent mixture of methanol and acetonitrile. The formation of the ether takes place more slowly than in pure methanol; the yield is also smaller. In the current study, the researchers showed why.

One potential explanation could be that in the solvent mixture diphenylcarbene has to wait longer until a methanol molecule is close-by in order to react with it. “However, the reaction is not as simple as assumed at first glance,” says Patrick Nürnberger from the Bochum Chair for Physical Chemistry II. “There are several mechanisms at work.”

Although it would seem that only a single methanol molecule is required for the formation of the final ether molecule, the reaction only occurs when a second methanol molecule is present. This finding was the result of a combination of ultrafast spectroscopic experiments in the femtosecond range and multiscale molecular dynamics simulations.

In both cases, it is shown that a single methanol molecule is not sufficient to trigger the reaction. “The other methanol molecules are thus not just bystanders, but rather assistants in the reaction,” summarizes Nürnberger. “The results are an important part of understanding the interaction of reactive substances with the solvent environment.”

The research work was supported by the German Research Foundation as part of the cluster of excellence Resolv (EXC1069), the Collaborative Research Centre SFB 1093 and the Emmy Noether programme, as well as by the Boehringer Ingelheim Foundation (Plus-3 programme).