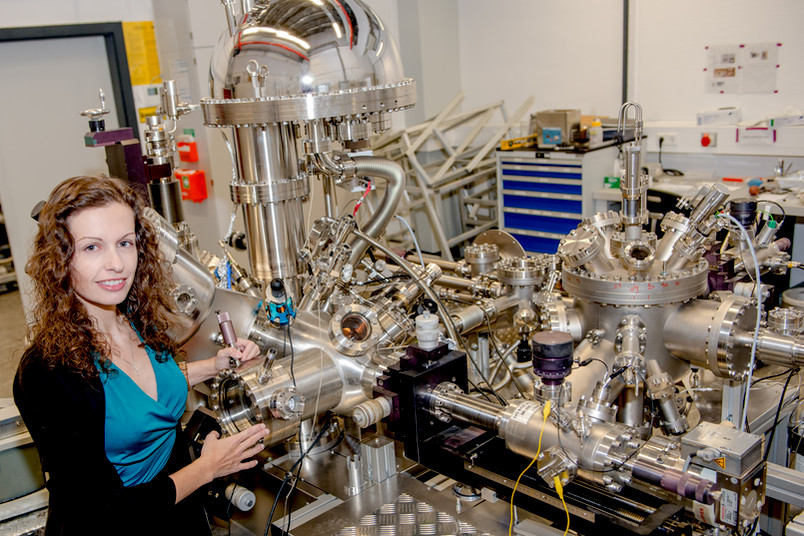 Getting nanoparticle catalysts into shape

The European Research Council is supporting the catalyst research of Bochum-based scientist Beatriz Roldán Cuenya. Ultimately, this could help to use climate-damaging CO2 in a sensible way.

Prof Dr Beatriz Roldán Cuenya from the Ruhr-Universität Bochum (RUB) will receive one of the renowned Consolidator Grants from the European Research Council (ERC). The funding totals two million euros for five years. The scientist aims to use the money to gain new insights into the catalytic abilities of nanoparticles, particularly how the size, shape and chemical state of the particles change during a catalytic reaction.

Tiny metal particles, just 1 to 50 nanometres large, can be used as catalysts for various reactions. Numerous parameters influence the catalytic activity of the nanoparticles: their size and shape, the support material to which the particles are bound, the environment, and the chemical state of the particles, i.e., for instance, whether they are present as a pure metal or as an oxide.

Little is currently understood about the role of particle shape; what’s more, the aforementioned parameters can also influence each other. Beatriz Roldán Cuenya would like to understand in detail how the geometric and electronic properties of the nanoparticles determine their catalytic activity. This would make it possible to specifically design catalysts with the best possible efficiency.

The research in Bochum as part of the ERC grant focuses on catalysts for two chemical reactions that convert carbon dioxide into useful substances. In doing so, the scientists use the same nanoparticle catalysts for two very different kinds of reaction: the first takes place in the gas phase under high pressure (reduction of carbon dioxide with hydrogen), the second in the liquid phase under potential control (electrochemical reduction of carbon dioxide). The aim is to increase the efficiency of these reactions, for instance by reducing the amount of unwanted by-products.

“The results are intended to open up new ways of directly converting the climate gas CO2 into valuable chemicals and fuels, for instance methanol, ethanol, propanol, methane or ethylene,” says Chair Professor of solid state physics Roldán Cuenya, who is also a member of the cluster of excellence Resolv.

Prof Beatriz Roldán Cuenya’s grant is one of two ERC Consolidator grants that RUB researchers have been awarded in the current application round. The second grant goes to Prof Dr Carmen Meinert from the Center for Religious Studies. More information will follow in a separate press release.