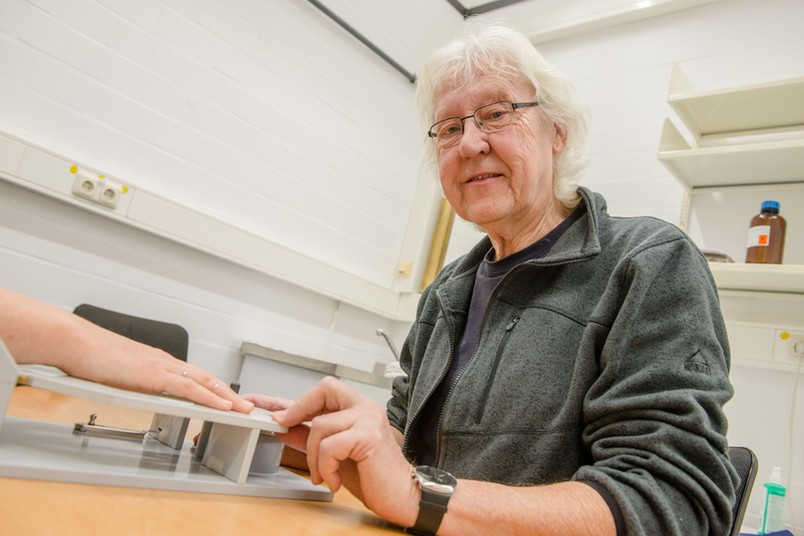 Our senses can’t learn under stress

Stress is part of our everyday lives – while some thrive on it, it makes others sick. But what does stress do to our senses?

When we train them, we can sharpen our senses thereby improve our perceptual performance. The stress hormone cortisol completely blocks this important ability. In the current issue of “Psychoneuroendocrinology” neuroscientists of the Ruhr University Bochum (RUB) report on this finding.

“Previous research has already shown that stress can prevent the retrieval of memories. But now we have discovered that it also has a major effect on our perception and perceptual learning,” explains Dr Hubert Dinse, one of the authors of the study.

In their study, researchers investigated how the sense of touch of 30 study participants could be changed after a training phase. Half of them received a medium dose of the stress hormone cortisol, while the other half received a placebo drug.

To make training comparable across all participants, the researchers employed the well-established approach of passive finger stimulation. Previous studies and several therapy approaches have shown that this method leads to an improved tactile acuity.

Tactile performance was assessed using the so-called “two-point discrimination threshold”. This marker indicates how far apart two stimuli need to be, to be discriminated as two separate sensations – the closer they are, the better the sense of touch.

No learning effect after cortisol

The placebo group improved their tactile acuity, as expected, by about 15 percent. In contrast, the cortisol given to the other group blocked almost all the stimulation-induced improvement. Cognitive psychologist Prof Dr Oliver T. Wolf explains:” Our data show that a single dose of cortisol not only disrupts memory in the hippocampus, but it also has a substantial effect on the plasticity of sensory areas of the brain.”

In previous studies on a cellular level, neuroscientists have demonstrated that cortisol suppresses the strengthening of synaptic connections, and therefore the plasticity of the brain – its ability to learn. The team led by Hubert Dinse therefore suggests, their results could also explain by cortisol-induced suppression of synaptic plasticity.

The results of the study could also affect clinical treatments. Corticosteroids, of which cortisol is one, are often used in the treatment of immunological and neurological diseases. However, the effects on perceptual learning observed in this study may counteract rehabilitation efforts, which rely on just these mechanisms. It is therefore necessary to find out which effects the clinical treatment with these substances has on learning mechanisms in the brain.

Scientists from the fields of neuroinformatics and cognitive psychology, as well as from the Neurological Clinic Bergmannsheil collaborated on this research project. They were all funded by a grant to Collaborative Research Centre 874 from the German Research Foundation (Deutsche Forschungsgemeinschaft, DFG)