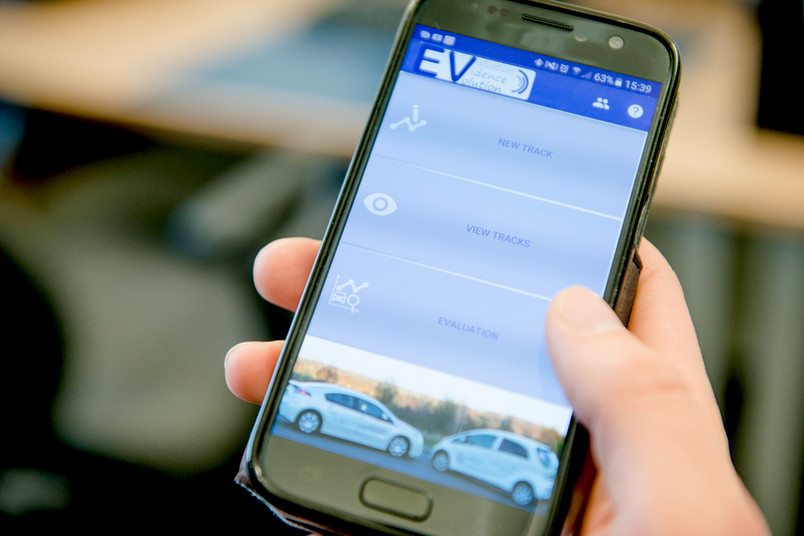 Matching electric cars to the driver

Many people are not quite certain if an electric car would fit into their everyday life. A new smartphone app might help with this issue.

A new app helps drivers decide if switching from a petrol-driven car to an electric car is a viable solution for them – and which vehicle model would be best suited to their individual requirements. It was developed by engineers at Ruhr-Universität Bochum under the auspices of Prof Dr Constantinos Sourkounis. Using the smartphone app, drivers can record their typical routes while, for instance, using their petrol-driven car. Based on the gathered data, the program generates a list of vehicle models that would meet the driver’s requirements, for example cars with sufficient range. Information pertaining to cost saving can also be provided.

The multilingual app for the smartphone operating system Android is available for download at elektromobilitaet.rub.de. A limited version is free of charge; the complete version costs 1.50 euros. The complete version, moreover, will be supplied on request to representatives of the media for a testing period of 20 days.

Philip Dost developed the app together with Master’s student Christoph Degner at the Institute for Power Systems Technology and Power Mechatronics headed by Constantinos Sourkounis. “The app has been designed to enable both interested parties and sceptics to figure out if an electric vehicle or a hybrid car would work for them,” says Philip Dost, who was in charge of the project. “Moreover, users could also use it to find out if an e-car sharing scheme in their neighbourhood might be sufficient to meet their requirements.”

The app records GPS data and acceleration while driving. Users can then decide which routes are to be included in the analysis: for example only the way to work, but not the weekend trip with the family, where a different car might be used. They start the program when they set off and stop it once they have arrived at their destination. They can also indicate the locations of charging stations along the route. Other requirements, such as the number of potential passengers or luggage capacity, can likewise be specified. Users have also the option to state if they intend to operate the vehicle in cold weather or just in mild weather.

Subsequently, users select the data from the recorded database that are to be entered into the analysis. As a result, they receive a list of vehicles most suitable for handling the assessed routes. That list contains not just electric vehicles, but also plug-in hybrids and range extenders that switch over to petrol once the battery has run out. It can be sorted according to different criteria,  including running costs or purchase price.

If required, the app provides statistics for each suitable vehicle model. A chart visualises, for example, the potential energy consumption of the selected electric vehicle on the respective routes. Thus, users can see how much buffer they would have before the battery runs out.

The app also estimates consumption costs compared to the vehicle currently in use. In order to achieve this goal, users have to enter energy and petrol prices as well as their current car’s fuel consumption. Based on this information, the app calculates how much lower or higher the cost generated by an electric car would be on the same routes.

The program accesses a databank at the Institute for Power Systems Technology and Power Mechatronics in Bochum. The researchers update this database routinely, for example by adding vehicles recently released to the market or by removing models that are no longer available. “The app includes vehicles that are no longer manufactured as long as they are still available for purchase in the second-hand market,” explains Dost. “They are labelled accordingly.”

People who do not own an Android smartphone or cannot record trips while using a car can access a simplified version of the service online. There, users can enter typical route data to generate information similar to those supplied by the app. Programmed by Rania Kontopoulou as part of an institute project, the web application is likewise available free of charge at elektromobilitaet.rub.de.

Both analysis tools, i.e. the web application and the smartphone app, were developed in the course of the “Evaluation” Project, in which Philipp Spichartz was likewise involved. The team from the Institute for Power Systems Technology and Power Mechatronics implemented the project without any third-party funds. The idea originated in the course of a previous project dealing with the suitability of electromobility for daily use.