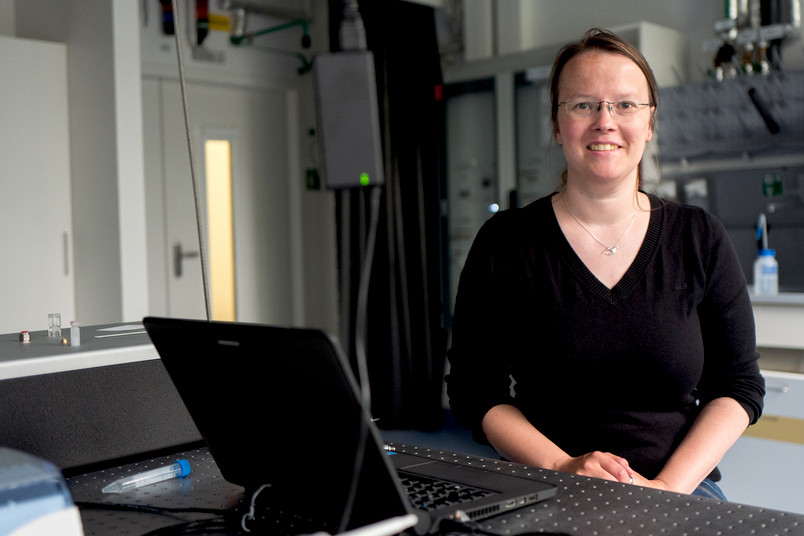 Researchers use a simplified model of a protein network to explain how apoptosis is regulated, whose malfunction is linked to cancer and neurodegenerative diseases.

Researchers at the Universities of Tübingen and Konstanz, the Ruhr-Universität Bochum, the Max Planck Institute of Intelligent Systems in Stuttgart, and the German Cancer Research Centers have worked together to gain new insights into a protein network which regulates the programmed break down of cells, also known as apoptosis. These Bcl-2 proteins are difficult to investigate as they exchange between the cell’s watery cytoplasm and its oil-like membranes.

There are only a few methods which can be used to analyze protein interactions in both environments. With a special type of spectroscopic analysis the team decoded the complex interplay of three components in the network. Their findings are published in the latest Nature Communications.

“Our good health depends on the strict regulation of cell division and cell death,” says Dr Stephanie Bleicken, who has recently moved from the University of Tübingen to Bochum’s Resolv excellence cluster and the research group for electron paramagnetic resonance spectroscopy. When these mechanisms fail, cancer and neurodegenerative disorders can result. “Apoptosis – a kind of suicide plan for cells – is an important safety mechanism for the body to get rid of damaged, aged, or unneeded cells,” Bleicken says.

The Bcl-2 protein family determines when apoptosis begins. Some members of the family set off processes in the cell which lead to cellular death, for example by opening pores in the membrane of the mitochondria – the cell’s power plants. These pores release substances which set off apoptosis as an unstoppable process. Other members of the Bcl-2 family prevent the pores opening – thereby preventing the cellular death process. So interaction between Bcl-2 proteins is key to understanding apoptosis.

A playground for proteins

In a new study the researchers shed light on the coordination of the Bcl-2 network, using fluorescence correlation spectroscopy. In their simplified laboratory model they produced three of the protein network’s main components and investigated them in an environment modeling roughly on that of the cell.

Living cells are made up of thousands of different molecules which carry out countless interactions and can set off uncounted reactions,” says University of Tübingen’s Prof Dr Ana García-Sáez. “In order to understand individual components in this complex network, it helps to observe them initially in a highly simplified environment, to which you can keep adding new components.” The researchers analyzed the proteins in environments which simulated the cytoplasm or the mitochondrial membrane.

Different interactions in the membrane and cytoplasm

Because the researchers could compare proteins in both environments, they were able to reconcile and incorporate earlier findings which had appeared to yield contradictory results. “The Bcl-2 proteins regulate apoptosis, which in turn is closely linked with diseases such as cancer. Better understanding of the functions of these proteins is critical to achieve a good starting-point for the development of new medications,” the researchers say.

The research is sponsored by the German Ministry of Education and Research (0312040), the European Research Council (ERC-2012-StG 309966) and the German Research Foundation (research unit 2036) and the Resolv excellence cluster (EXC1069).